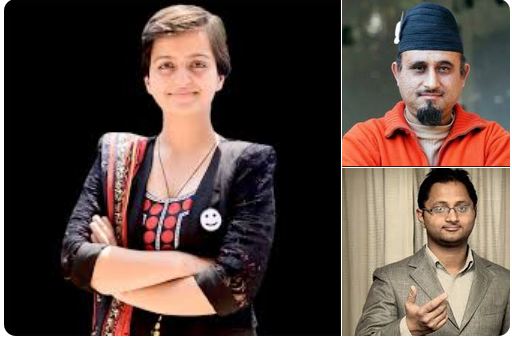 KATHMANDU, January 11: Sixteen central committee members out of 35 in the Bibeksheel Sajha Party Nepal (BSPN) registered an application at the Election Commission (EC) seeking to register a new party under the banner of Bibeksheel Nepali Dal on Friday.

Leaders including coordinator of the party Ujjwal Thapa reached the election body to register the application on Friday. Central committee members Ranju Darshana, Milan Pandey, Biraj Bhakta Shrestha (member of parliament in province 3), Ramesh Poudel (member of parliament in province 3), Subuna Basnet, Dr Anusha Thapa and among others who reached the commission.

How the party faced the debacle?

Ahead of the party's Central Committee Meeting slated for January 14, the Central Committee members were divided into two camps led by Rabindra Mishra and Ujjwal Thapa respectively. According to party leaders, BSP Coordinator Mishra was unhappy with a recent report circulated by another coordinator Thapa to all party leaders including CCMs. In his report,Thapa argued that the path chosen by the party a year after the general elections is wrong.

On the other hand, the Thapa-led faction expressed displeasure over the Mishra's monopoly within the party. "Mishra and his like-minded leaders are exercising power while not giving proper responsibilities to those leaders who came from the previous Bibeksheel party. This means Mishra camp is centralizing power in the party at present. The internal democracy has been weakened," a leader of the party who is close to Thapa, told Republica Online. Amid dispute, Party Coordinator Mishra floated the idea of inducting six new central committee members and dissolving all existing departments of the party.

However, the idea did not go well with the Thapa faction, according to party sources. A majority of the CCMs in the Thapa faction were of the view that the party's review report circulated by Coordinator Thapa should become the prime focus of the discussion during the upcoming CC meeting.

There were several intra-party disputes regarding the future course of action of the party. "The party should not run like other traditional political forces. It should rise above the petty politics," Central Committee Member Milan Pandey told Republica Online. Some of the Central Committee Members have also raised question over the working culture and performance of the duo coordinators in the past one year, according to sources. "There are debates inside the party workers that the two coordinators may also be forced to step down if they can't chalk out the party's clear course of action. It depends on how the two coordinators work in coming days," a central committee member said.

Central Committee Members also raised questions over multiple responsibilities given to some leaders in the party like Mumaram Khanal and Surya Raj Acharya. Sources said that another reason of the intra-party dispute was personality clash between coordinators Mishra and Thapa. "Some leaders have multiple responsibilities and some have not been given any roles. This should be managed appropriately by the party leadership. Otherwise, the party leadership should resign immediately," another member of the party said.

Leader Thapa stated in his report that the party became hostage to narrow policies and decisions. "Many energetic and young members and well-wishers have become totally disappointed and lost their vigor," the report said while lamenting the leadership's inability to accommodate the concerns of the young leaders in the party.

Thapa also said that the party has been failing to expand its membership across the country.

The Bibeksheel Sajha Party was formed after the merger between Bibeksheel Nepali led by Ujjwal Thapa and Sajha Party by Rabindra Mishra last year ahead of crucial elections. The party had picked its top leadership based on consensus and now planning to expand its organizational structure around the country.

Prithvi Highway resumes after 11 hours of disruption
32 minutes ago