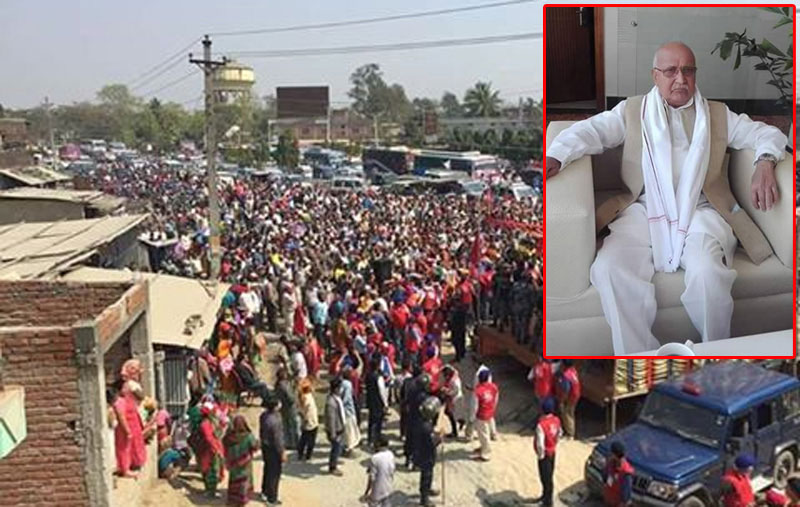 Around five thousand UML cadres entered Saptari from Sunsari along with the leaders. The participants of the campaign are on motorbikes, buses and private vehicles. Security forces are deployed to provide security to the procession as three former Prime Ministers -- namely KP Sharma Oli, Madhav Nepal and Jhalanath Khanal- are there.

UML Chairman Oli, who is criticized as anti-Madhes leaders by the Madhes-based parties, is attending the campaign today with Madhes-friendly attire, white kurta salwar and a shawl popular in Tarai.

The UML is scheduled to hold a mass meeting at the Gajendra Narayan Singh Industrial Area at Maleth. Cadres of the United Democratic Madhesi Front (UDMF) are protesting against the UML in Rajbiraj and have imposed general strike in the district to disrupt the protest.

The UDMF cadres showed black-flag to the campaign team at Bhardaha while locals at Barmajhiya welcomed the team.

Earlier, UML held corner meetings at Jhumka and Inaruwa of Sunsari districts. The UML has been saying that it started the campaign to discard 'rumors' against the party regarding the Madhes issues.