KATHMANDU, March 5:  Bibekshil Nepali Party has launched an awareness program against corruption in the area of  Basantapur square, Kathmandu.

“Though corruption is pervasive in the country, we people are silent  about it. We started campaigning against corruption to turn this silence into voice ”, said the co-ordinator of the campaign  Suraksha Sharma

Bibekshil Nepali Party has been campaigning against corruption for the last four years since its establishment. 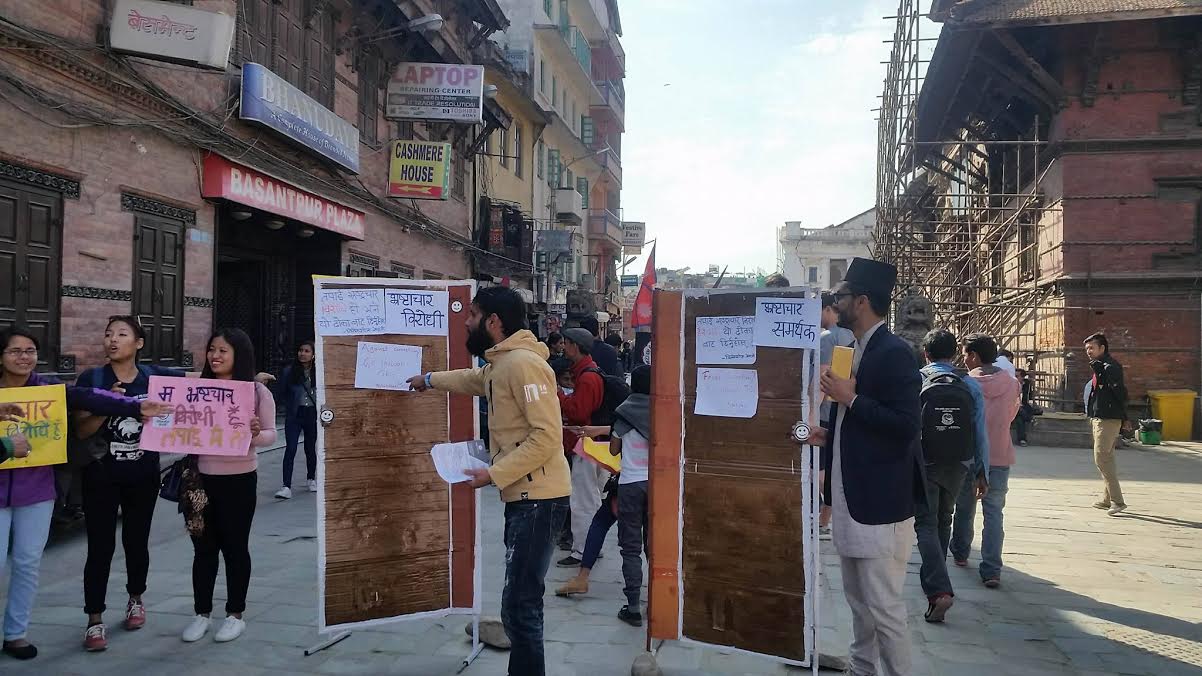 PM Oli fails to secure parliament’s confidence, what next now?
17 hours ago