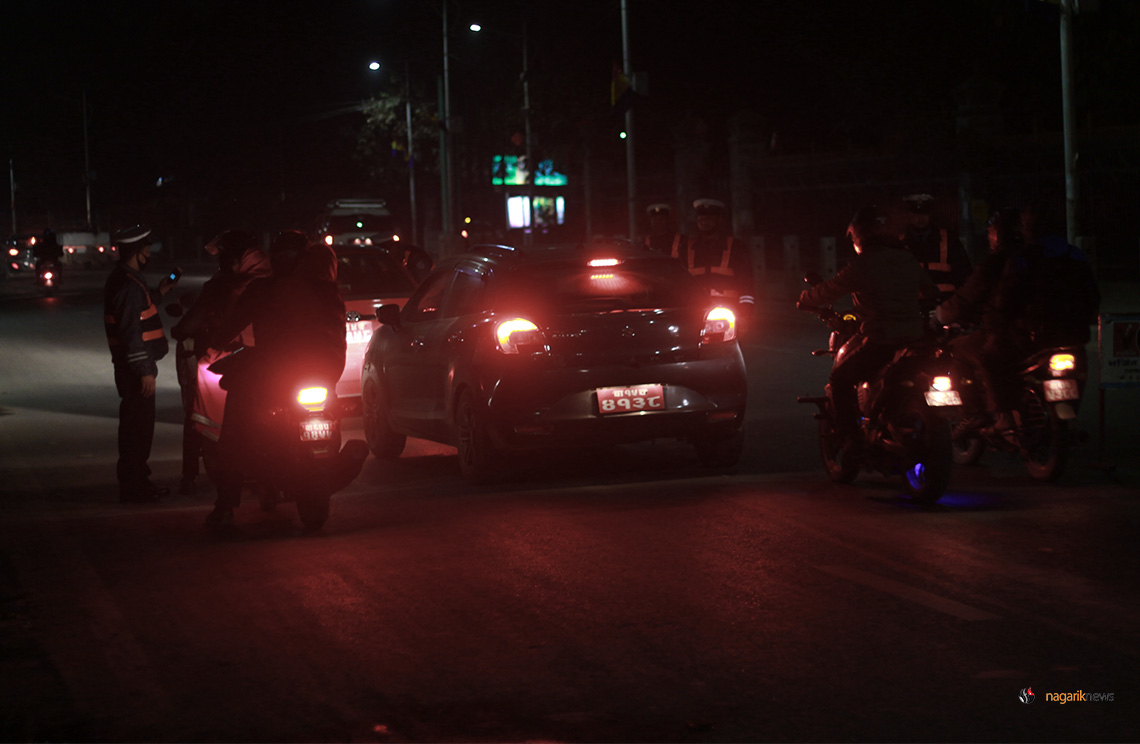 According to the division, till now 228,542 people have been fined for breaching the rule since December 3, 2011.

Among those fined are 227, 091 are male and 1,451 are female. “The case of the road accident has decreased since the strict implementation of the rule.

We are conducting the classes every day to aware the drivers against the consequences of drunk driving,” SP Lokendra Malla of the MTPD told Republica Online.

According to the data provided by the division, the highest number of the cases was filed against the drivers breaching the rule from August 2013 to July 2014.

During that period, as many as 54,535 drivers were filed for the case from various checkpoints of Kathmandu, Lalitpur and Bhaktapur.

The division, however, has claimed that the number of the cases has been decreasing since then.

According to the division, only 16, 773 cases had been filed during the last fiscal year. Among which, 12,915 have taken their vehicle documents back from the division after paying the penalty.