Musahars stage protest demanding ownership rights of lands traditionally occupied by them in Mahottari in this recent picture.

MAHOTTARI, Feb 21: A worry has constantly haunted Raj Kishor Sada of Singhyahi-8 since childhood. The worry of getting proper shelter and enough food and clothes. Poverty has always robbed him of any peace of mind.

But even the poor get married and so did Raj Kishor. After the marriage, his family grew in a short time. However, his children inherited the same worry from him, he laments.
“It’s been generations; we haven’t been able to change our lives. It seems we are doomed to remain poor,” he said, adding, “We have seen so many governments over the years, but we could not get enough support from any of them to lift our living standard.”

There are Musahar settlements in over a dozen villages of the district where more than 40,000 Musahar families live but all of them lack land ownership certificates, according to several data. With VDCs changing into municipalities and restructuring of the country underway, the landless Musahars are in a big dilemma.

The life expectancy of Musahars is low. It is hard to find a 60-year-old Musahar man or woman. Musahar SLC graduates are equally rare. There is not even a single person from the Mushar community in government service. According to Raj Kishor, Musahars do not have the certificates required to get government jobs. And they do not have other certificates because they lack land ownership certificates.

Fetching soil from the jungles used to be their traditional occupation. They would carry soil bags on their shoulders. As a result, ‘swollen shoulders’ had become their ‘identity’. According to Raj Kishor, Musahars have stopped getting such jobs which has further challenged their livelihoods.

“Now we are more dependent on working for the landlords. But this is not a permanent kind of work,” he said. Raj Kishor added that Musahars still get their food from the rivers and riverbanks - fish, crab, snails, and rats and so on.

Meanwhile, the non-Musahars in the locality feel that Musahars have always been poor largely because they do not have the habit of saving. And because of Musahars’ “poor sanitation and low living standards” others do not want to mix up with them, say the locals. Raj Kishor admits that the locals are not wrong. He stated that the consumption of alcohol and poor food makes the Musahars ill. In the lack of treatment, many succumb to even minor illnesses, he said. “Many die early. Going to health posts and hospitals is not an option for us,” he stated.

Sukadev Sada, a local of Gaushala - 6, lamented that Musahars are in the same condition as they were a century ago and that their problems - poverty, illiteracy and joblessness - have never left them. “We don’t have land, proper houses, electricity, jobs, and education. Nothing,” he said. “Nothing will change as long as we do not have land ownership certificates,” he added.

Sukadev further said that new people, who arrived in their villages in recent times, have been registering lands in their names. “There is a network of land mafia who have been doing such things for the new-comers. But natives like us continue to be landless,” he said.

Only on Sunday, hundreds of Musahars gathered in district headquarters of 15 Tarai districts and handed memorandums to the Prime Minister through the chief district officers. It is estimated that there are over 1,200,000 Musahars in Nepal but 95 percent of them still don’t have land ownership certificates. 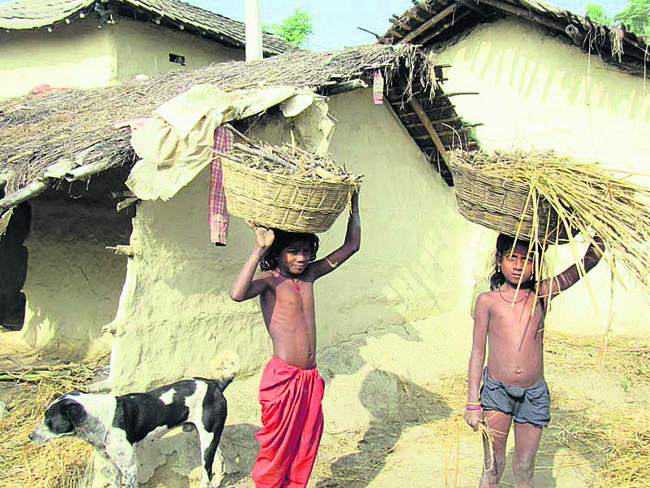 Lack of women's rights in land ownership blamed for violence

KATHMANDU, Dec 10: The concerned stakeholders have blamed the absence of land ownership by women as the prime cause of... Read More...

KATHMANDU, Feb 25: 'Sometimes a rash decision is enough to make you cry your whole life'. That is the deeper understanding... Read More...