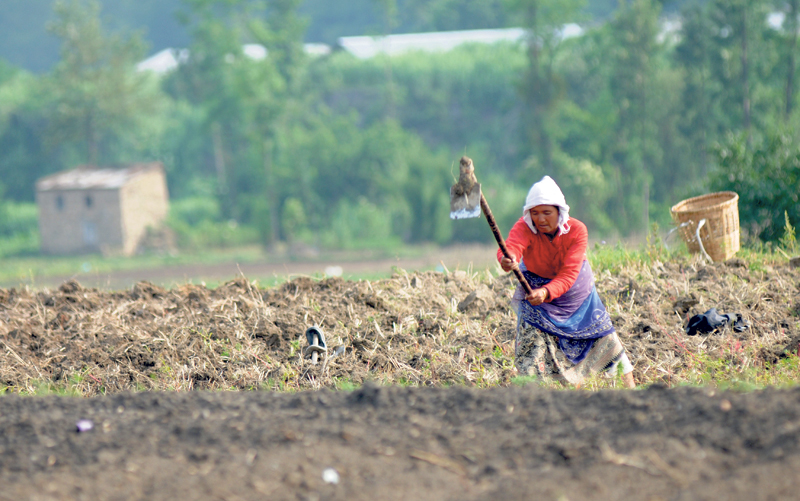 The contributor for Republica.
jpaudel@umass.edu

Policymakers have failed to assess the outcomes of fertilizer subsidy on annual agricultural yields
Nepal, in the recent times, has witnessed a surge of subsidies as an increasingly popular instrument of economic policy. This is being done to bring about some desirable behavioral changes among different population sub-groups. One recent policy intervention aimed at improving agricultural outcomes in rural Nepal entails a fertilizer subsidy scheme exclusively for poor farmers. There is a need to evaluate the direct impact of such a major policy breakthrough and its potential spillover effect.

The government introduced subsidy on chemical fertilizers in 2009 to improve economic well-being of subsistence farmers. According to the policy, a high-level subsidy allocation management committee fixes sales price that is 20-25 percent higher than the price prevailing on the Indian side of the open border.

According to the Food and Agricultural Organization (FAO), the Nepali government allocates US $20 million a year to bridge the price differential. Retail price for the farmer, therefore, includes sales price at the import points and transportation costs up to the delivery point.
Governments across the world offer fertilizer subsidies: fertilizer subsidy constitutes 1.5 percent of gross domestic product (GDP) in India and two percent of government budget in Zambia.

Though there is well-documented evidence of the Green Revolution contributing to increased fertilizer use in Asia, relatively little empirical evidence exists in the context of rural Nepal. Given that agriculture in Nepal contributes almost 40 percent of the GDP and employs over 65 percent of the households, the government decision to subsidize fertilizers could greatly enhance agricultural production, reduce poverty and improve food security. But there is little evidence so far to suggest a strong link between government subsidy intervention and agricultural outcomes of poor farmers.

Recent estimates from Nepal’s government statistical database show that annual agricultural yield in the hill region reported a massive 15 percent growth between 2009 and 2011. Following the subsidy decision in 2009, the private sector stopped supplying chemical fertilizers. This subsequently resulted in a ten-fold increase in the volume of fertilizers sold by Agriculture Input Company Limited (AICL), a government entity. Yet policymakers have failed to assess the outcomes of fertilizer subsidy on annual agricultural yields of farmers in the hills.

The government had implemented a fertilizer subsidy scheme in 1974 in response to a significant increase in global fertilizer prices. However, demand for fertilizers escalated further and rise in fertilizer prices persisted, resulting in massive financial burden for farmers.

Then to facilitate supply of chemical fertilizers for sustainable agricultural growth the government decided to eliminate its subsidy scheme in November 1999 and allowed private sector to import and distribute fertilizers. But traders suffered from price fluctuations in overseas markets, leading to a large decrease in supply of fertilizers to remote areas. The Ministry of Agriculture and Cooperatives had to reintroduce subsidy for chemical fertilizers in March 2009.

Government’s absolute control of supply and sales of subsidized fertilizers has led to low use of chemical fertilizers and poor agricultural yields.

While policymakers laud the subsidy initiatives as pro-poor, opponents claim that fertilizer subsidies might turn out to be regressive, with wealthier families well-connected to government officials benefiting more than subsistence farmers. Massive fertilizer subsidies may lead to overuse of fertilizers, resulting in adverse environmental consequences.

Worse, ongoing subsidy scheme in Nepal does not account for rising transportation costs in the hilly areas. Under such circumstances, how does the government ensure that farmers don’t resort to adulterated substandard fertilizers?

At present the government offers half-baked commitments to better understanding the constraints on technology adoption in agriculture. Adulteration of fertilizers is an issue in low-income countries with weak capacity for fertilizer quality management. District-level fertilizer inspectors lack logistical and manpower support to take action against those involved in selling substandard fertilizers.

Thus we need a thorough study to better understand direct and indirect impact of fertilizer subsidy on agricultural outcomes. Otherwise the subsidy policy might result in unintended consequences. It is also important to take steps to assess the benefits of such economic policy experiments among rural farmers.

The author is a PhD candidate in resource economics

Dr Om Murti Anil: A cardiologist who has won hearts, not just treated them!
40 minutes ago