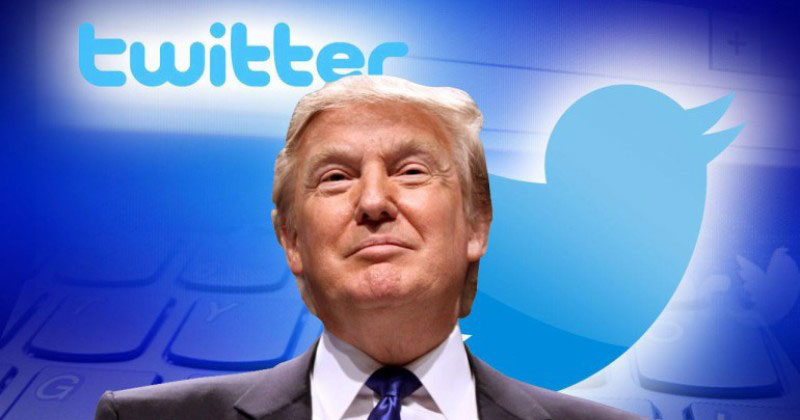 Trump’s communication skills were honed in the world of reality television, where outrageous and provocative statements entertain audiences and boost viewership
President Donald Trump’s critics have consistently underestimated his political communication skills, perhaps because he is so different from predecessors such as Franklin D Roosevelt and Ronald Reagan. Both FDR and Reagan, after all, were known as “great communicators.”

Although large segments of the American population hated them, FDR and Reagan addressed the American people as a whole and tried to appeal to the center. Trump, by contrast, has appealed primarily to the minority that elected him. His inaugural address sounded like a campaign speech; and, after taking office, a series of false statements and provocative executive orders has undercut his credibility with the center but reinforced it with his base.

Trump’s communication skills were honed in the world of reality television, where outrageous and provocative statements entertain audiences and boost viewership. He used that approach during the Republican primary to dominate attention among a crowded field of 17 candidates. By one estimate, Trump received the equivalent of $2 billion of free television advertising, swamping the $100 million in paid advertising raised by his Republican rival, Jeb Bush.

After he won the Republican nomination, many expected Trump to follow the traditional path of moving to the center for the general election. Again, he defied expectations and focused a populist campaign on segments of the population that had lost jobs to global competition; and/or resented the cultural changes that had occurred over the past few decades. This populist appeal was effectively targeted, and he won the Electoral College, despite losing the popular vote by nearly three million votes. But for 100,000 votes in three rust belt states, he would not be president.

Given this, many observers expected him to target his messaging at the political center after he took office. But Trump again confounded the pundits, by continuing to target his base voters. Some speculate that he is aiming to build a new populist party of working-class voters (former so-called Reagan Democrats) and Tea Party Republicans.

Trump also proved unconventional in his choice of communication instruments. New technologies open new opportunities. FDR used carefully paced public “fireside chats” made possible by radio broadcasting. Reagan was a master of the scripted speech dramatized on television. Reagan’s White House staff kept the administration’s message focused on the priority issue of the day or week. Trump used Twitter, in addition to his mastery of cable television, to leap over the heads of staff and the press and drive the public agenda during the campaign.

To the surprise of many, Trump has continued the practice in the White House. The use of Twitter was not new—Obama had a well-staffed account—but Trump’s personal involvement raised questions of how to manage policy thunderbolts from the White House and express complex policy issues (such as nuclear weapons) in 140 characters. But, as a device to communicate with his base and keep attention focused on himself, government by Twitter has allowed him to appeal over the heads of Congress and the press.

Political communication changes over time, and there are many ways to communicate effectively. The ancient Greeks had schools of rhetoric to hone their skills for the assembly. Cicero made his mark in the Roman Senate after studying oratory. Woodrow Wilson was not a gifted student as a child, but he succeeded in teaching himself oratory because he regarded it as essential for leadership. Winston Churchill often attributed his success to his mastery of the English sentence. Martin Luther King, Jr benefited from growing up in an African-American church tradition rich in the rhythms of the spoken word.

For some it comes easier than others. Mario Cuomo, former Governor of New York, once compared Bill and Hillary Clinton: “She is more a Methodist, and he is more theatrical.”
Oratory and rhetoric, however, are not the only forms of effective political communication.

Non-verbal signals are an important component as well. Some inspirational leaders were not great orators—witness Mahatma Gandhi. But the symbolism of Gandhi’s simple peasant clothing and lifestyle spoke louder than words. If one compares those images with pictures of the young, insecure Gandhi dressed as a proper British lawyer, one can see how carefully he understood symbolic communication.

So does Trump, in his own way. Consider his campaign’s red baseball cap with the slogan “Make America Great Again,” as well as his fixation on branding when he was a businessman, and his use of Twitter.

But, in addition to communicating with distant audiences by rhetoric and symbols, leaders need the ability to communicate one on one or in small groups. In some cases, that close communication is more important than rhetoric. Organizational skill—the ability to attract and manage an effective cabinet—is difficult to combine with government by Twitter. Harry Truman was a modest orator, but compensated for the lack of public rhetoric by attracting and ably managing a stellar set of advisers.

Setting the right example is another crucial form of communication for leaders.

Anticipating a skeptical public reaction when Singapore raised the salaries of government officials in 2007, Prime Minister Lee Hsien Loong announced that he would forgo the raise for himself. In terms of symbols related to conflicts of interest, Trump has not yet mastered the art of political communication.

Thus far, Trump has proven a more effective political communicator than his critics expected. But whether he can succeed in the long term with his unconventional approach is one of the great questions facing his presidency.

The author is a professor at Harvard and author of “Is the American Century Over?”

Infographics: How rich is Donald Trump?

Donald Trump has grown his wealth at a much slower rate over the last 27 years than many of his... Read More...