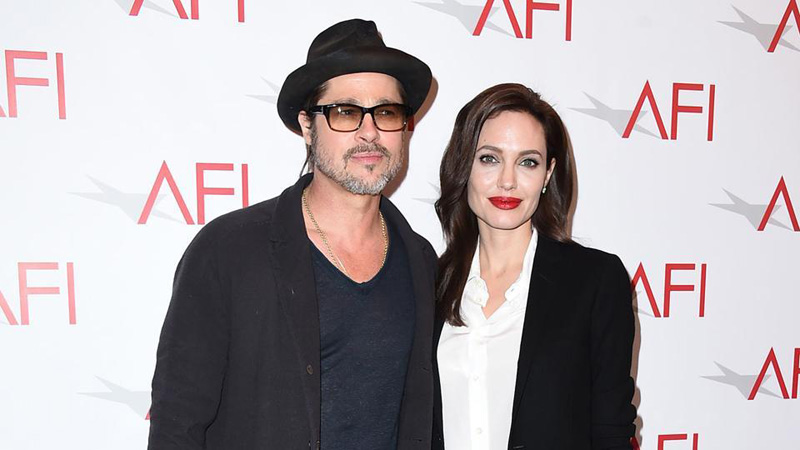 Things are getting ugly between Brad Pitt and Angelina Jolie. Pitt has reportedly refused to pay his estranged wife Jolie $100,000 in child support.

According to a source, Pitt “has no issue taking care of” their six children - Maddox, Pax, Zahara, Shiloh, and twins Vivienne and Knox - but he will not pay her money to take care of their children, reports aceshowbiz.com.

The source said $250,000 will be put in each child’s trust fund every year, which will be capped off at $5 million.

“This will pay for all of the kids’ expenses as well as set up a trust fund for each child,” the source told InTouch magazine.

Jolie is said to be hoping to get the divorce finalised in the next 90 days.

“Angie wants the divorce finalised within the next 90 days, including custody and property settlements. But with everything she’s asking for, it’s unlikely that will happen. She’s making ridiculous financial demands,” the source added.

Jolie and Pitt broke hearts the world over when Jolie filed for divorce on September 19, 2016, asking for sole custody of their six kids.

Recently, she and her six kids, who she shares with Pitt, celebrated New Year’s Eve in Colorado without the actor.

The 41-year-old star brought her children to Colorado after they met Pitt over Christmas, amid his divorce custody battle with the actor.

LOS ANGELES, Oct 24: Actress Angelina Jolie's children are helping her rethink how she handles herself in court during the... Read More...

My claim for the post of General Secretary is natural: Leader Pun
42 minutes ago