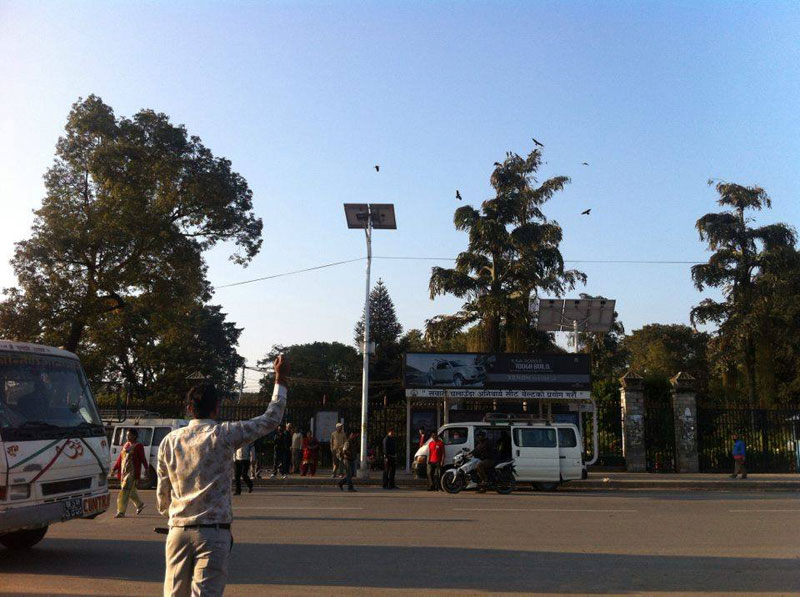 KATHMANDU, Oct 28: Peculiar, yet intriguing; A Crow conference was held to mark the occasion of Kaag Tihar, the first of the five days of Yampanchak, where crows are worshiped to avert grief. The event intended to gather flock of crows by emulating their voices.

Artist Ramesh Dulal, best known for his astounding talent of being able to emulate 173 sounds of birds and animals including various musical instruments, has been organizing such events every year on Kaag Tihar.

Apart from technical issues and Dulal's poor health condition, few crows had assembled in the sky responding his call.

Dulal had also gathered thousands of crows at the Indian Embassy while protesting the blockade imposed by the Indian government, last year. He further plans to be accompanied by his aerial friends during events that rise against crucial social ills like corruption.

“It all began from a dream,” said Dulal when asked how he got the inspiration to mimic crows, “13 years ago, I had a strange dream where I could talk to the crows. The next day, I tried to experiment it, out of utter curiosity, and was surprised to be responded.”

After living in jungle for 6 months or so, he learned to understand the tough mother tongue of the bird.

He characterizes crows as an obedient living creature, ready to show their support whenever called for a reason.

International ICT Conference to be held in mid-June

KATHMANDU, June 11: The Federation of Computer Association of Nepal (CAN) is set to organize International Information and Communication Technology (ICT)... Read More...