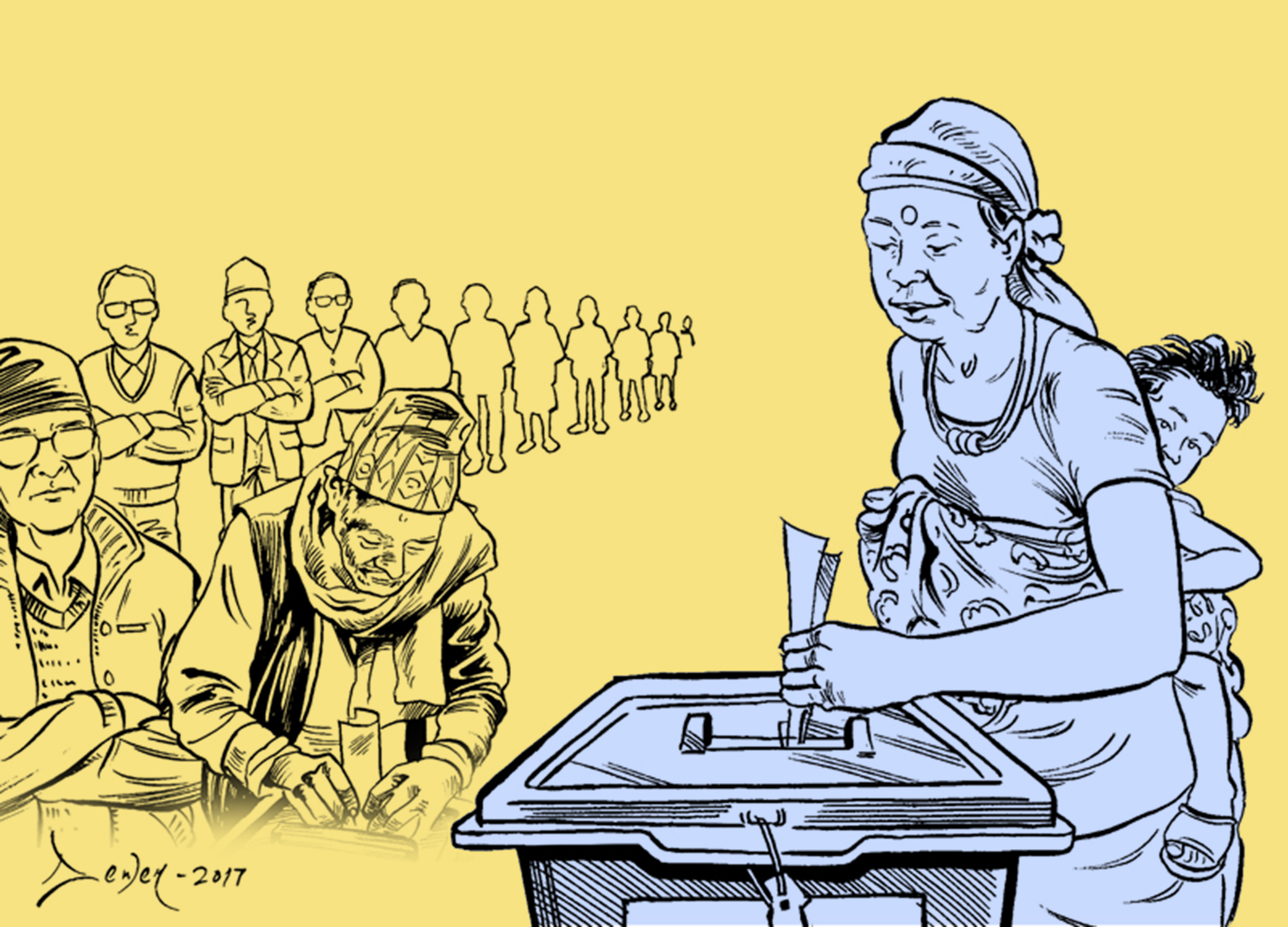 NEPALGUNJ, Nov 18: Altogether 138 polling stations have been set up in three constituencies of Banke for the House of Representatives and provincial assemblies elections. Rama Pant, head of the District Election Office Banke, said that there are 380 polling centres under those polling stations.

According to her, a temporary polling station has also been set up in the office premises of the Chief Returning Officer of Nepalgunj.

According to Election Office Chief Pant, 3040 employees have been deployed to hold the elections in all three constituencies of Banke. "The preparation for the election is in the final stage. All the employees have gone to their respective areas with the required election materials," said Pant.

KATHMANDU, Jan 19: Devraj Ghimire of the CPN-UML has been elected as the Speaker of the House of Representatives (HoR). Read More...

KATHMANDU, May 27: The CPN-UML has objected to a statement made by the Minister for Industry, Commerce and Supplies, Dilendra... Read More...

KATHMANDU, March 16: Today’s meeting of the House of Representatives (HoR) lasted for only about seven minutes and concluded after... Read More...