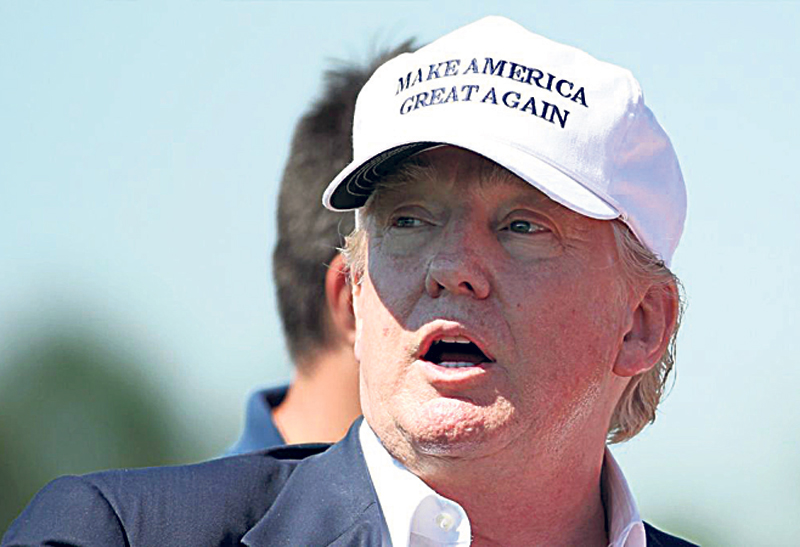 WASHINGTON, Jan 23: The White House vowed on Sunday to fight the news media "tooth and nail" over what it sees as unfair attacks, with a top adviser saying the Trump administration had presented "alternative facts" to counter low inauguration crowd estimates.

On his first full day as president, Trump said he had a "running war" with the media and accused journalists of underestimating the number of people who turned out Friday for his swearing-in.

White House officials made clear no truce was on the horizon on Sunday in television interviews that set a much harsher tone in the traditionally adversarial relationship between the White House and the press corps.

"The point is not the crowd size. The point is the attacks and the attempt to delegitimize this president in one day. And we're not going to sit around and take it," Chief of Staff Reince Priebus said on "Fox News Sunday."

The sparring with the media has dominated Trump's first weekend in office, eclipsing debate over policy and Cabinet appointments.

It was the main theme at the Republican president's first visit to the CIA, at the press secretary's first media briefing and in senior officials' first appearances on the Sunday talk shows.

Together, they made clear the administration will continue to take an aggressive stance with news organizations covering Trump.

"We're going to fight back tooth and nail every day and twice on Sunday," Priebus said.

He repeated White House press secretary Sean Spicer's assertions on Saturday that the media manipulated photographs of the National Mall to make the crowds on Friday look smaller than they really were.

Aerial photographs showed the crowds were significantly smaller than when Barack Obama took over as president in 2009.

Spicer's categorical assertion that "this was the largest audience to ever witness an inauguration - period" was widely challenged in media reports citing crowd count experts and was lampooned on social media as well.

Conway responded to criticism that the new administration was focusing on crowds rather than on significant domestic and foreign policy issues by saying: "We feel compelled to go out and clear the air and put alternative facts out there."

Priebus and Conway focused on a press pool report that said the bust of civil rights icon Martin Luther King Jr. had been removed from the Oval Office after Trump took office. The report on Friday night was quickly corrected, but Trump called out the reporter by name during a visit to the Central Intelligence Agency on Saturday. Spicer also berated the reporter later in the day.

With the Nov. 8 election results shadowed by U.S. intelligence reports of Russian meddling on his behalf, Trump has bristled at reports suggesting his popular support is soft and that the election was not legitimate.

Trump, who lost the popular vote to Democrat Hillary Clinton by nearly 3 million votes, made no mention of Russia in his first visit to the CIA on Saturday. He praised his nominee to head the agency, Mike Pompeo, and ranted against the "dishonest" media, a favorite target during his presidential campaign.

The president accused the media of fabricating his tensions with the U.S. intelligence community, despite his frequent posts on Twitter that derided the agencies.

Trump drew criticism from Democrats as well as former CIA Director John Brennan for his remarks at the agency, where he spoke before a memorial wall with stars representing personnel killed in action.