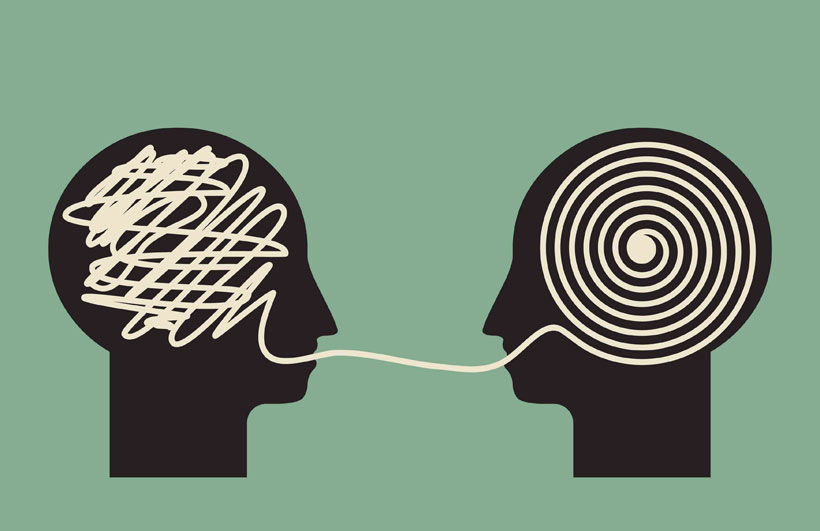 Unexpectedly bumping into a familiar face you haven’t seen in years while you are going about your day can naturally throw you off guard. Recently, a friend wasn’t just taken by surprise she confesses that she was actually filled with dread. The familiar face was one she hadn’t seen in 15 years, not since she had passed out from school. But there it was, out of nowhere, smiling and walking towards her. As memories from her school days swept over my friend, she says, she automatically found herself coming to attention and relaying a timid, “Good Afternoon, Sir”.

Her teacher, on the other hand, was apparently delighted to have bumped into a former student. He enthusiastically inquired about her wellbeing, career, parents and left with best wishes for the future. Even my friend admits that it was really nice and kind of him. But still, she just can’t let go of her experience with that particular teacher.

In fact, now she really regrets not having used the interaction during that unexpected encounter to ask whether he genuinely doesn’t remember the dynamics between them back in school.

As it turns out, this was the very teacher who constantly pointed out and commented on her shy and quiet nature. Then during one particular incident, in front of the entire class, the teacher had even asked her if she was a “retard.” My friend describes this as one of the most humiliating moments of her life.

“But for my teacher, I guess, it was just another random, passing comment,” she mulls, “ You would think after 15 years one would be able to let go of these things but no, it’s still a big deal for me. I feel like that was really unfair and uncalled for. As the adult in the situation, and a teacher for that matter, he should have handled it all with more tact.”

Coincidentally, a couple of weeks later, colleagues at my office also happened to be sharing their own best as well as worst teacher moments during their school and college days. While there were more anecdotes of feeling targeted or being unfairly treated, there were also many cases where some words of encouragement, sound advice or just simple, kind gestures on the teacher’s part had proven to be great motivations. So much so, they were fondly sharing and talking about it all these years later as well.

It seems to be one of those things that everybody can relate with. Shreya Magar*, a recent high school graduate, recalls her struggle to maintain her grades. Magar also admits that this was largely because of her laziness. “I was incredibly sloppy with my assignments and classwork. But my teacher was so patient. I still vividly remember ‘the talk’ he gave me in the staff room. I had expected a lecture or some kind of punishment but he actually tried to empathize with me. I was shocked but his support made me want to work harder and do better,” says Magar.

While we all understand that teachers are very important in the lives of their students, many of our teachers still don’t seem to realize how much they can truly impact their students’ futures. This goes much deeper than the lessons that are being taught in the classrooms. You only have to think back to your own time in school to think of positive or negative experiences that stick with you for the rest of your life. As teachers, they do indeed hold great powers in their hands.

Arjun Kharel, a teacher with nearly two decades worth of experience, speaks of how every now and then, there are instances that makes him conscious of this fact.

“There are always courses to complete and assignments to check so you can never give everybody in the class the same level of attention. However, every now and then, when you do get a chance to interact with the students about things beyond the classroom, you get glimpses of their personalities and hopes. As a teacher the urge to nurture them is obviously big,” says Kharel.

He cities examples of personal blogs that students have shared with him, candid conversations they have had about societal pressures or family expectations and even instances where he has spotted troubling signs of drug abuse. So Kharel admits there are days when he genuinely walks into his classroom with motives to inspire and guide. He plans his lessons and discussion points in hopes to deliver an interesting class that will excite as well as motivate his pupils.

However, in his experience, these things are easier said than done. Majority of the times his intentions dwindle away because, according to him, when students gather in masses they tend to have their own agendas. And he doesn’t even have to go too far back down the calendar to fish out an example. He informs that just recently his plans to hold a stimulating debate about gender roles had left him walking back home feeling frustrated and deflated.

“I could see that there were girls in the class who felt very strongly about this issue. So I wanted to give them a platform to vent. I thought, as fellow of the same class, we could even create a support group for those who needed it. But the students got carried away in making noise. It was a complete flop,” shares Kharel adding that sometimes there is only so much one teacher can do.

Srijana Shrestha, who is in her fourth year of teaching high school as well as college students, shares similar experience. However, she also notes that things have improved and that’s largely because she has trained herself to deal with the students. She refers to her four years as a thorough learning experience, one she was in need of because initially she too had many problems dealing with her students.

“I remember absolutely hating it when my teachers punished or poured their anger unto the entire class because of mischief or bad behavior on one student’s part. So I have taught myself not to consider a class as a singular entity. Each student there has different temperaments and need to be treated accordingly,” says Shrestha.

It has taken her time but she believes she has won the confidence of her students. The reason, she says, she feels that way is because these days more students are coming out to her seeking advice for their problems. And these weren’t only studies and school related problems, she has had to counsel many students through parental problems and teenage issues as well.

Shrestha discloses her own surprise at the eagerness and willingness of her students to be guided. She apparently felt their desire to be mentored and, in these instances, she admits that it does sadden her that many of her colleagues are too busy to notice.
“I completely understand the pressure the teachers find themselves in. I must I have failed to support some students in need along the way as well. But it’s important that we at least try. I feel like this concept is yet to catch on in our schools and colleges,” says Shrestha.

Learning beyond the classroom

Pele’s example has inspired millions of young people to join the ‘beautiful game’ and contribute to building a peaceful and... Read More...

Building lives beyond the streets

Just a few years ago he lived in the streets of Kathmandu. Today, he makes coffee at Coffee Café in... Read More...