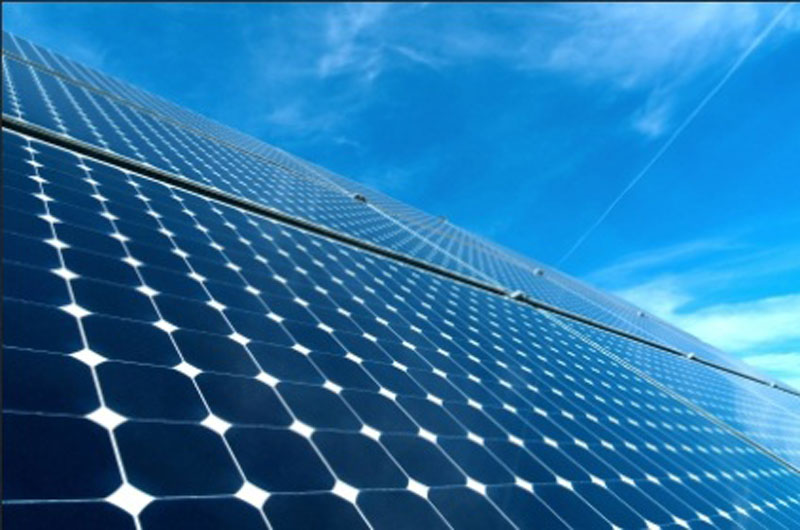 Now that NEA has amazingly reduced load-shedding, PV modules are like expensive clothes hung to dry
Think of the situation a few years ago. Energy starved households and commercial setups inside the valley were desperate for reliable electricity. They were willing to spend extra for it. Those were the days with high demand for solar photovoltaic (PV) modules, and of course it had to be. Energy-starved Kathmandu didn’t have any alternative either.

With load-shedding peaking at 16 hours a day, conventional inverters with chargers (which draw power from national grid) couldn’t sufficiently charge the battery bank. So, the combination of inverter plus battery needed solar PV modules to sufficiently charge the batteries. Otherwise, a beeping noise from inverter would make you turn off your TV or switch off a few lights just when you needed them the most. So solar PV market gained momentum and we could see shinning PV modules popping at neighborhood rooftops at an unprecedented rate.

The system described above is commonly known as a “hybrid system”. It uses both solar PV modules as well as the power from grid to charge the battery bank. For further clarity, let us consider an analogous example of water tank system. The battery is reserve water tank at your home, the NEA pipe-line is similar to the existing drinking water pipe line at home and the solar PV pipe-line is a well that you recently invested to make sure you have enough water available. But there is significant difference between the two lines used to fill the tank.

The NEA pipeline has a meter and the consumer is charged on the basis of usage. The more you use water from this line, the more you pay. In contrast, the well line is free (the cost of installing PV modules/well is a sunk cost) for about six hours a day. The question is: which pipeline would the user use more? Isn’t it rational to save money by using the water from the well as much possible, and then shift to the meter based line if it is insufficient? The problem is most of the hybrid system doesn’t work in this rational way.

So the user may not be gaining much return from the investment.

Now that NEA has amazingly reduced load shedding within the valley, PV modules are like expensive clothes hung to dry.

Not all the hybrid systems work in such a way. There are only a few power conditioning units (PCUs) which are available in the market that prioritize charging from modules rather than the grid. Some even come with a configuration that totally disconnects the inverter connected load from the NEA grid when the two conditions are met: nearly fully charged battery bank and PV array generating more power than the house is consuming (only those connected to inverter).

This ensures the installed modules are used to their maximum potential. Since load-shedding seems to have been almost eradicated, the prioritizer system is what Kathmandu needs at the moment. This will reduce load on NEA, and increase pay back on your PV module investment by cutting down your electricity bill.

Within the smart prioritizer system, consumers know that if they reduce their day load, the whole house connected to the inverter line will be powered by solar. So, first, driven by the desire to save money, they start reducing unnecessary loads to match the incoming power from solar array. For example, if the solar array is generating 100WP from installed capacity of 160WP and the user manages to keep his load under 100WP, the whole inverter line would be disconnected from the grid line and be powered by battery bank.

Energy conservation is higher than in non-prioritizer based system. A non-prioritizer based system would just block charging from solar modules and the loads connected to inverter lines would be powered directly by grid power (bypassing the inverter). Second, even if the solar power is not sufficient to fully run the connected equipments in day time, people trying to shift their consumption during day time will ensure that some portion of NEA burden from peak load period would be shifted to day time—a much needed help to NEA’s current demand-side management stride.

The Alternative Energy Promotion Centre (AEPC) and the Renewable Energy Test Station (RETS) should focus on these prioritizing devices. So far RETS, whose purpose is to test the quality of renewable energy products being circulated in Nepal, doesn’t have a standard testing for such solar prioritizing charge controllers or PCUs. But it’s about time. Consumers should also start enquiring about availability of such devices.

The author is a Masters level student in Energy at the Asian Institute of Technology, Thailand

KATHMANDU, June 16: The government has given permission to 30 promoters for survey with a goal of installing 180 MW... Read More...

KATHMANDU, June 23: The major streets, thoroughfares and road sections in the Kathmandu Valley will be illuminated by the solar... Read More...