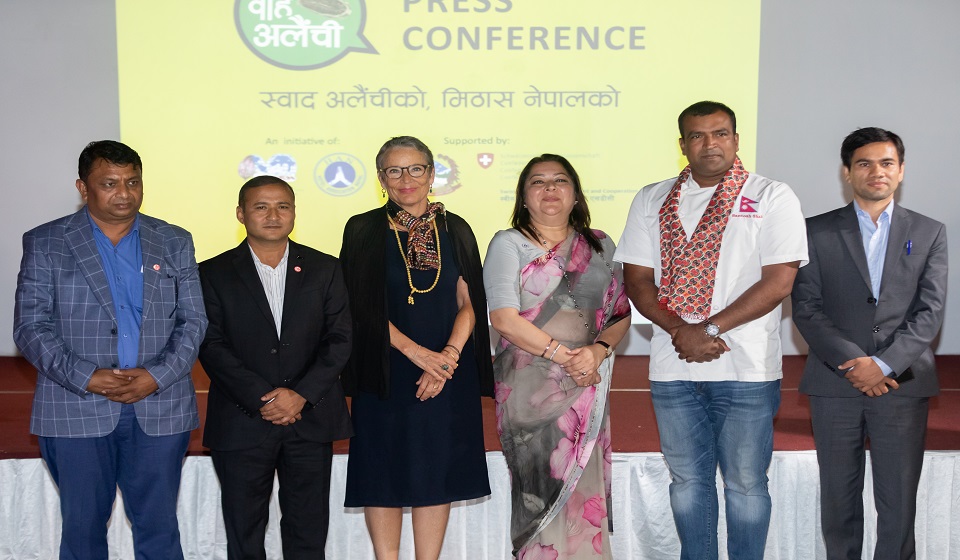 KATHMANDU, July 30: Federation of Large Cardamom Entrepreneurs of Nepal (FLCEN) in collaboration with the Hotel Association of Nepal (HAN) supported by the Ministry of Agriculture, Province 1 and the Swiss Agency for Development and Cooperation (SDC) has launched the Wah! Alaichi campaign on Friday.

Globally, Nepal is the largest producer of large cardamom producing 6,600 metric ton of the global market and the main source of income for farmers in the Eastern Nepal. However, the domestic use of Nepali large cardamom has not increased, rather it is being substituted by green cardamom which is 100 percent imported from countries like Gautemala and India.

The brand ambassador, the Wah! Alaichi campaign is Chef Santosh Shah, the winner of UK’s reality cookery TV series BBC MasterChef: The Professionals Rematch. He will curate special recipes to promote Nepali large cardamom in the domestic market. The campaign will also provide a platform for young aspiring apprentices and Chefs to enhance their culinary skills and use Nepali large cardamom innovatively.