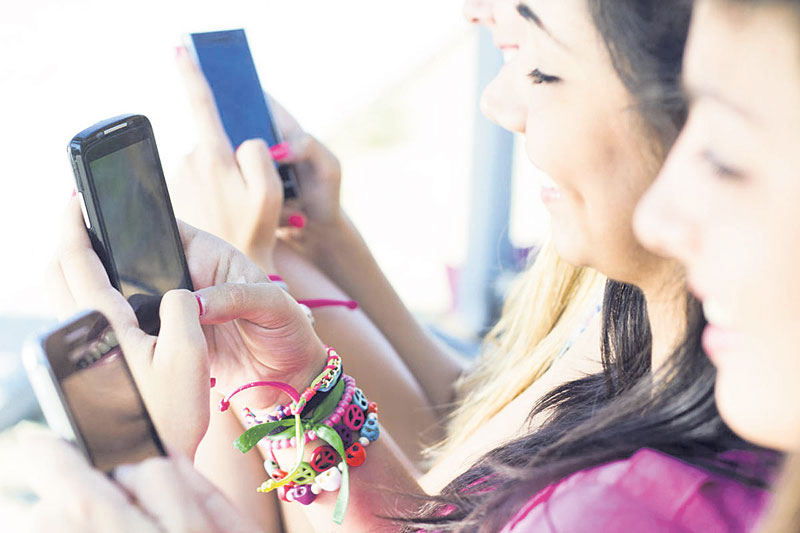 KATHMANDU, July 1: Social media is a big part of all our lives these days. We use different social media platforms for various reasons. We connect with friends, stay updated on the latest happenings around the world, and share our opinions on the same. Inevitably, being part of social media gives us a lot of experiences—good and bad.

We can rejoice with our friends and family over special occasions. Or we may get angry or flustered when we get into a war of words with friends or strangers over a silly or thoughtful post.

We talked to a few youngsters about their own bittersweet experiences on social media. Here’s what they had to say…

Right after the appointment of Bidhya Devi Bhandari as the first female president of Nepal, I had posted a status on Facebook reflecting my disappointment. I didn’t know it would wage a war of words. I pointed out her poor academic qualifications and her unclear policies as the reasons behind my displeasure for her appointment as the head of state.

People in her favor started arguing that she had been an awesome defense minister and she will turn out to be an awesome president. They also argued how she was a woman of grit and spirit as she had recovered from cancer and her husband’s mysterious death. They also defended her saying that academic qualifications didn’t really matter in politics as long as she’s taking the rights decisions. I didn’t agree with them, so we started debating over the post. There were friends who supported me, too. It was enthralling to see people who didn’t even know each other getting involved in the debate aroused by my post. I was overwhelmed by their response and anyone who would go through the comments would enjoy the war of words, for we were debating on a hot issue.I must say that is my best Facebook post so far since I encountered varying opinions of people on this issue.

When I tagged my Indian friend in a #BackOffIndia post
Siddhant Shrestha, St Xavier’s College, Kathmandu

This is when Nepal was imposed a severe and inhumane trade embargo by India last year. All of us were really angry because of this act, and most of us were voicing our opinion against it one way or the other. In social media, people expressed their anger and frustration with ‪#‎BackOffIndia‬. Almost every Nepali in social networking sites used this hashtag to criticize the Indian decision. That is when I decided to post one, too. I updated a status on Facebook using the hot hashtag, and even tagged an Indian friend of mine. I mostly did it for fun and I thought he would laugh at it, too. But he took it to heart and even scolded me. He then stopped texting and calling me. With my heart full of regret, I deleted the post later.

I’m not the kind of a person who would want to get into controversies and prefer observing these issues with a neutral perspective. But there are some pleasant memories I have had on social media. Once I posted a status urging Nepalis not to be overly dependent on political and bureaucratic powers of this country. Change has always been possible because of the efforts of public, not the government. This status got a pretty good response (some negative ones, too) and also was reposted by some popular pages of Nepal. As a common man, I felt really good at that particular moment because it validated what I believed and that boosted my confidence. This is also why I think social media platforms serve more purpose than just attract followers and collect ‘Likes.’ We can use the amazing power and reach of social media to help create and spread positive change.

Four years back when I was in Class 12, someone hacked my Facebook account. S/he then posted very, very rude things on my friends’ timeline, made nasty remarks on my friends’ posts and even sent messages to people I wasn’t even friends with. When all that was being done, I was in my classroom, clueless about what was happening. I then got a call from my friend when I was still in class. After I rejected his calls couple of times, he texted me the summarized story. I was shocked and scared and broke down then and there. Thanks to my teacher, he let me leave the class and go home. Once I got hold of my Facebook account, I sent apologies to everyone I could and deleted all the posts made by the hacker while still sobbing. What hurt me even more when one of my friends didn’t believe my story and decided I was lying. She even yelled at me.  However, there were also others who consoled me. I would have never been able to face my friends or used Facebook again if it weren’t for their support and understanding.

This happened on the New Year’s Day of 2015. Since it was the first day of the brand new year, I posted a new photo on my Facebook—first photo of the year—hoping that the new year would be a beautiful one just like the bygone year. But something ugly happened in my beautiful world. Since the college was closed on the occasion of New Year, I was at my hostel when my brother called. I could sense tension in his voice. He asked me for my Facebook password and hung up immediately. Worried sick, I opened my Facebook account. I got the shock of my life when I discovered that one of my friends had posted a really vulgar comment in my photo. When I asked him for an explanation, he said didn’t know about it at all. He even showed me his account as evidence of his innocence. We later discovered that it was a fake account impersonating my friend. That particular incident disturbed me for a long time, but thanks to the support of my brother and his helpful tips, I’ve become very cautious of who I add on my social network.

BAGLUNG, Dec 15: A fundraising campaign 'One Individual: One Thousand' launched in social media- Facebook- for the institutional development of... Read More...