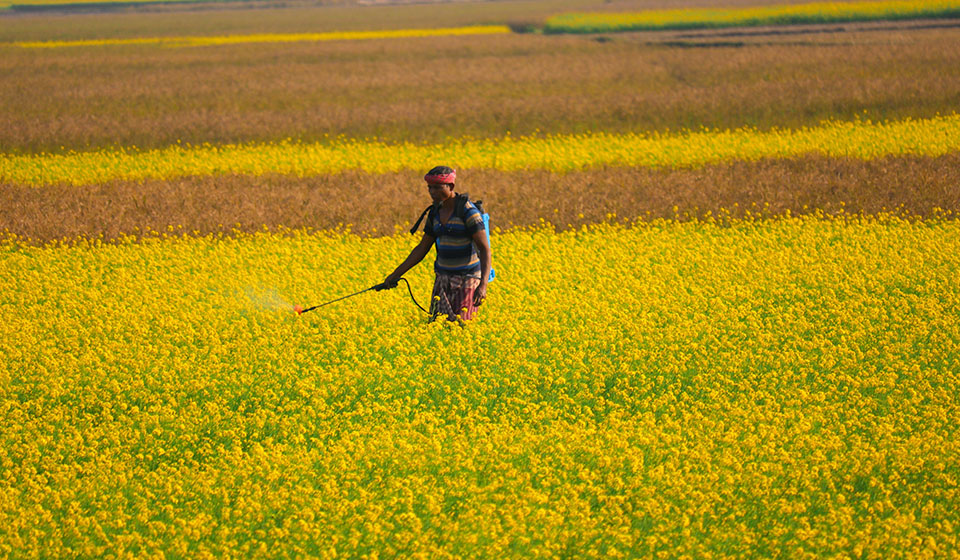 KATHMANDU, July 20: The number of retailers selling pesticides in Chitwan is rising. As farmers are increasingly relying on the use of pesticides, the number of sellers, too, has grown.

He said that people have also been opening such shops for employment. “To sell pesticides, one only needs to have passed the 10th grade and receive seven days of training,” he said.

He said that pesticides are being used indiscriminately because the process of giving the approval to sell pesticides has not been occurring satisfactorily. The plant protection officer has the right to permit and approve the sale of pesticides. We don't have a plant protection officer,” he said. Officials from Kathmandu have to come to provide the approval two days a month. As per the Pesticide Control Act of 1991, the license of the pesticide sellers is renewed every three months.

Farmers have been forced to use more pesticides than in the past. Sitaram Aryal, a vegetable farmer of Khairahani Municipality-10 Khurkhure, says that due to this, expenses have also increased. “There is vegetable cultivation in two and a half bighas. The number of pesticides has to be increased every year. This year only, pesticides worth Rs 150,000 were used,” he said. “Four years ago, no more than Rs 50,000 were spent on the purchase of pesticides,” he commented. Aryal complains that the problem has arisen as new diseases have been appearing more recently.

Most vegetables laced with pesticides

While measuring the pesticide contents in various items, the pesticide residue rapid testing lab in Narayanghat found pesticides in most of them. As many as 734 samples were tested and 712 were found to contain pesticides. However, less than 35 percent of pesticides were found in most of the samples. This proportion is considered safe for consumption. Up to 45 percent of pesticides were found in seven samples. According to the Center, such items could be eaten after they were kept in quarantine for a few days. Similarly, 15 samples’ conditions suggested that they needed to be destroyed.

Farmers in Chitwan earn over RS 65 million by selling seeds

CHITWAN, May 13: Farmers of Chitwan have found that they have been cheated by suppliers when selling chicken. ... Read More...

How to be safe from pesticides

It’s not shocking any more to know that tons of vegetable and fruits entering country from the southern border contain... Read More...