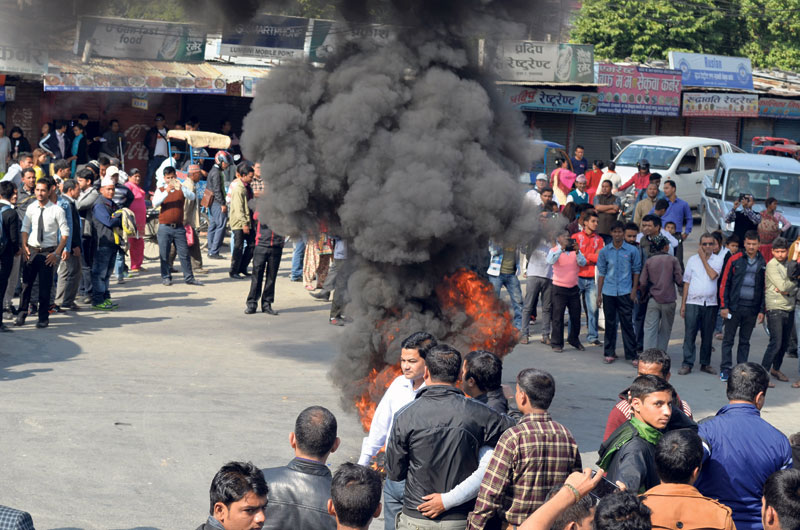 Peaceful mobs have been known to roar as loudly as violent ones, and to accomplish just as much
Like most people today I am a strong proponent of democracy, but the world was not always so democratically inclined. In ancient Athens, the philosopher Plato was a strict opponent of a democratic government, which he saw as a mobocracy (“rule by the masses”). The Athenian government at the time was quick to execute its citizens at the slightest infraction, and victims of these executions were often later found to be innocent.

Of course this mobocracy culminated, for Plato, with the execution of his friend and mentor, Socrates, and this was an injustice that Plato never forgot.

Mob mentality or mob psychology is a subject that many psychologists have spent their careers trying to understand. A single human being can be reasoned with, can be spoken to, and usually expected to make calm and rational decisions. But when you put together hundreds or even thousands of these rational human beings and create a mob, you have an altogether different sort of animal.

Individuals comprising a large group or a mob will almost always shed their inhibitions, their sense of personal responsibility and their moral standards. They lose their individuality and become empowered by the thousands of people standing behind and beside them. Now they can set vehicles on fire, raid government offices, and even go to war over the most trivial and intangible offenses. They become like a fire-breathing dragon.
There are ample historical examples of the horrors committed by mobs. As recent as the nineteenth century, mobs comprised of white men in the United States hunted down, tortured, mutilated, and murdered innocent black men and women, sometimes even passing their body parts among the crowd to keep as souvenirs. During the French Revolution around 50,000 people had their heads removed by the guillotine in a year-and-a-half-long blood bath known as the Reign of Terror, which was guided by the anger of the mobs.

In 2012, in Egypt, fans rioted over a football game at Port Said Stadium. As a result 74 people were killed and thousands were seriously injured. Eleven people were sentenced to death following the riot, but this only led to a second riot which resulted in 30 more deaths and over 400 injuries.

So we can easily conclude by this that Plato was right; the mob is evil and we must protect society from this malignant dragon that threatens to devour our very humanity.

But when I look around the world and see the powerful oligarchs and corporations which reign over the working classes of the world, people who so rarely are given a voice and a platform from which to be heard, it seems forming a mob is their only option. However, this can be done without so much pointless death and destruction. Surely the dragon could be benevolent.

Following the Second World War the former Soviet Union had forcefully annexed Estonia, Latvia and Lithuania through military occupation and further oppressed the citizens of these countries by outlawing the singing of any and all songs of national pride and patriotism. In 1988 a spontaneous mob gathered at the Tallinn Song Festival Grounds in Estonia. They sought independence from the oppressive soviet regime. In an impressive show of national solidarity and love the demonstrators began to sing the songs which had been outlawed by the USSR. These demonstrations carried on between 1987 and 1991
eventually resulted in all three countries gaining independence.

Before that, in 1913, Inez Milholland Boissevain, known as The Lady in White, led a mob of about 5,000 people in Washington D.C., the capital of the US, to gain the right to vote for women, a right they eventually obtained. In 1930 Mahatma Gandhi peacefully marched for over 240 miles and over 24 days, along with a mob that had gathered behind him, to avoid paying the British salt tax. These demonstrations eventually led to India’s independence from Great Britain.

Likewise, in 1986 a group of friends who had gathered in San Francisco Beach became a spontaneous mob of as many as 50,000 people (though accounts differ). They had seemingly no purpose except to create art, promote self expression and practice a little free love. As a result a festival known as Burning Man is held in its honor every year, wherein tens of thousands of people gather to recreate the original event.

Coming to our own country, on December 2, 2016, in the town of Butwal, thousands of people took to the streets, as countless human groups have done throughout human history. They did this in response to government plans to pass a constitution amendment bill that would move several hill districts from Province 5 to Province 4, thus making Province 5 a plains-only province and dividing the provinces along ethnic lines. This was a move aimed at pleasing the Madhesh-based parties, which together comprise less than 10 percent of the Nepali parliament; and some of whom would even demand a completely new country. Thousands of people thus came out in spontaneous protests in Butwal to protest the decision.

In an interview with Republica, UML Deputy General Secretary Bishnu Paudel said, “We will not back out of the protests until the government withdraws the bill”. But he also went on to urge restraint: “Let’s not vandalize public property. Don’t burn tires because people’s power is always above such acts.”  He’s one of many leaders who urged demonstrators to remain peaceful, understanding how quickly mob mentality can turn dark.

Since the Butwal protests there have been other issues and other protests, and Nepal is likely to see more in the future. In their own right, peaceful mobs have been known to roar as loudly as violent ones, and to accomplish just as much. Many want to say that mob mentality robs us of our humanity and only brings out our worst inner demons.

But the truth is we are the mob. We are the dragon, and when we take to the streets to fight for what we believe in, whether it is a misguided fight or a just one, we must be careful not to become the villains we fight against.

The author has a Masters in Sociology from Tribhuvan University

Most people wouldn’t think of me as an angry person. In public, I’m jovial, light-hearted, and extroverted. But at home,... Read More...

COVID-19 spread may accelerate in winter, warn scientists
5 hours ago

Kathmandu district alone has 42.34 percent of total active cases in Nepal
3 hours ago