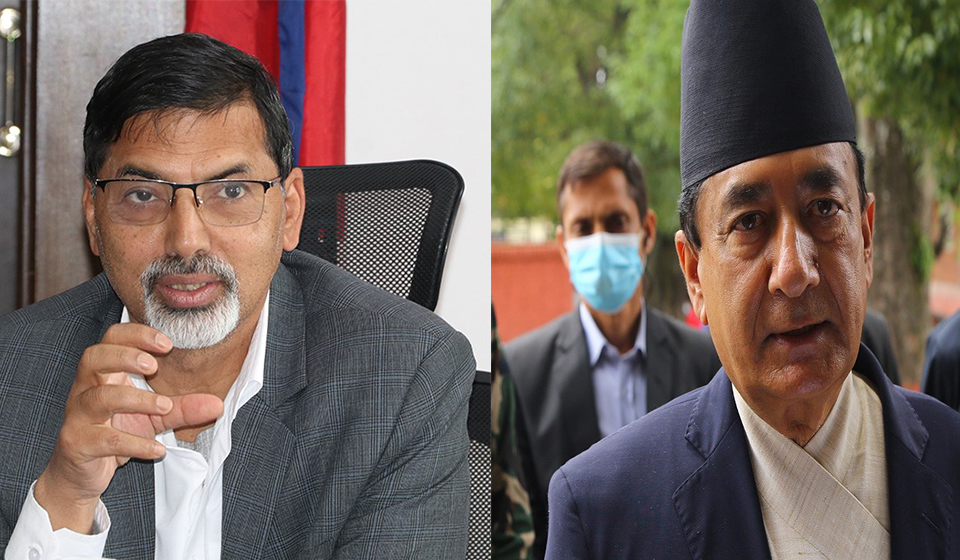 KATHMANDU, June 13: The CPN (Maoist Center) of the ruling coalition is preparing to recall Finance Minister Janardan Sharma from the government.

According to sources, there has been widespread discussion within the party for the past three or four days regarding recalling Finance Minister Sharma stating that he has not been able to run the finance ministry properly. Therefore, Finance Minister Sharma arrived to meet the party’s chairman Pushpa Kamal Dahal at his residence in Khumaltar on Sunday and Monday to discuss the issue.

Chairman Dahal had called Sharma at his residence after the party started discussing Sharma's weaknesses stating that he could not take the initiative to find a solution by making a reliable plan to overcome the economic crisis.

Similarly, according to sources, Finance Minister Sharma was challenging the party to remove him from post. A source said that discussions are underway to remove Sharma and replace him with Gyanendra Bahadur Karki, who is the Minister for Communications and Information Technology at present.

Likewise, a source said that preparations are being made to replace current Home Minister Bal Krishna Khand with CPN (Maoist Center) leader Narayan Kaji Shrestha. Khand is the home minister on behalf of the ruling Nepali Congress.

KATHMANDU, May 20: Minister for Finance Janardan Sharma has assured the parliament that the government will incorporate all recommendations and... Read More...

POKHARA, Nov 13: Finance Minister Janardan Sharma has said that media persons should be able to establish the truth as... Read More...

KATHMANDU, Oct 15: The three newly-appointed ministers have taken the oath of office and secrecy on Thursday. ... Read More...