KATHMANDU, Jan 6: Nine opposition parties including CPN-UML, which are up in arms against the constitution amendment bill, have staged a ‘huge’ mass demonstration in the capital on Friday.

The protest rallies that emerged from 40 different places in the Valley passed through Bhadrakali, Sundhara, and Ratnapark before converging into a mass meeting at Bhrikutimandap.

Addressing the mass meeting, CPN-UML Chairman and former Prime Minister KP Sharma Oli has said that his party will never allow the endorsement of any ‘antinational bill including the constitution amendment bills registered by the government’ through parliament.

Speaking on the occasion, CPN-UML General Secretary Ishwar Pokharel has said that the country has been polarized between nationalist and anti-nationalist forces.

He further said that the nationalist forces have stood united under the leadership of the CPN-UML. 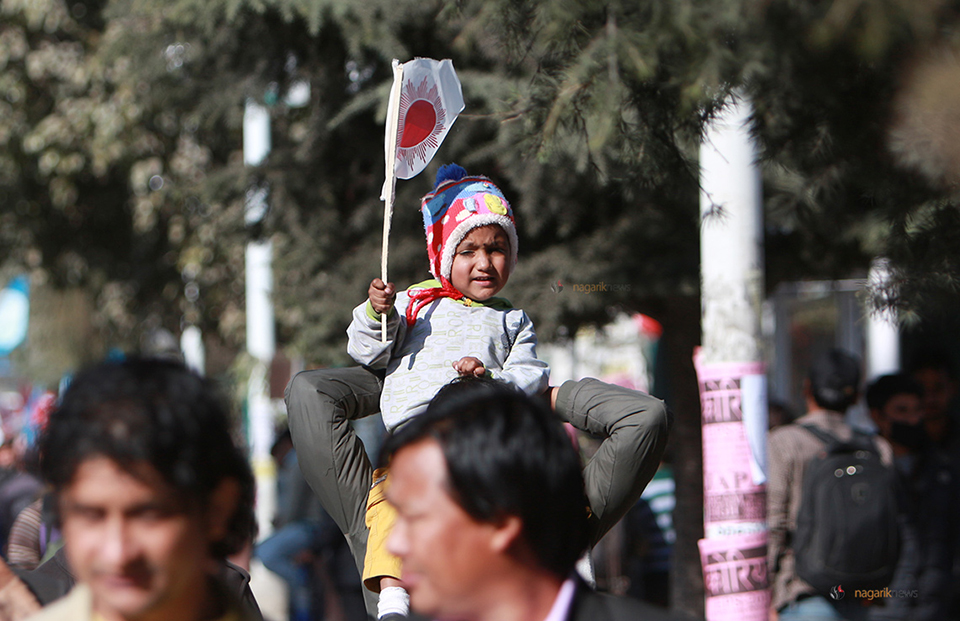 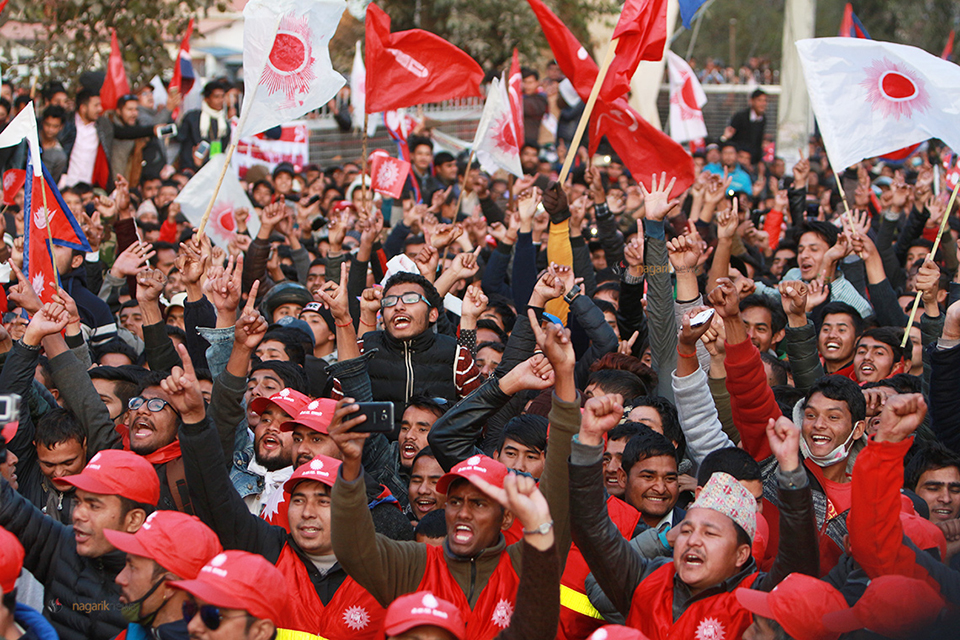 Patients suffer as nurses hit the streets over low pay

DHANGADHI, Jan 18: Patients in Dhangadhi and neighboring districts have been struggling in lack of treatment as nurses and health workers... Read More...

Nepal has stock of 20 million doses of vaccines against COVID-19: Health minister
8 minutes ago

Hotel entrepreneurs' problems will be solved: Minister Ale
22 minutes ago