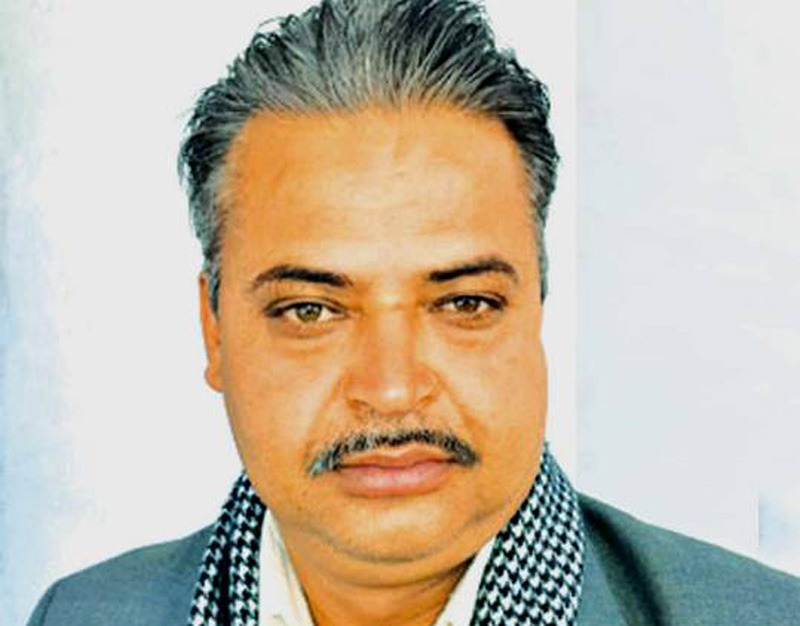 KATHMANDU, Jan 6: Police have not arrested CPN (Maoist Center) leader and former lawmaker Balkrishna Dhungel, who was convicted of murdering Ujjan Shrestha of Okhaldhunga and was sentenced to jail by the Supreme Court.

Sources at the Police Headquarters say that murder-convict Dhungel has not been arrested as the police are waiting for the “right political time”.

As a result, responding to a query from the Verdict Implementation Directorate of the apex court as to why Dhungel hasn’t been arrested, the Ministry of Home Affairs and its subordinate bodies have replied – “Dhungel is still absconding.”

Though the police administration has said that Dhungel is still absconding, the latter has been spotted at several public places several times.

The directorate had also reminded the police headquarters that it had sent a  letter earlier on January 24 to execute the verdict against Dhungel.

“Judgment execution is a part of the legal system. The state and its authorities should take the responsibility of judgment execution with full commitment to the spirit of the verdicts of the judiciary,” reads the letter sent to Nepal Police.

“It cannot even be imagined that the verdict of the supreme judicial body would not be executed in a country like ours which has adopted democracy and rule of law. In the absence of judgment execution, impunity will grow and ultimately the rule of law will come to an end,” said the directorate.

The directorate had said it is unfortunate that a security agency, which should be dedicated to public security and should ferret out the criminals, has failed to arrest a convicted man, and that this failure raises serious questions over the security mechanism itself.

“The situation is not such that we could arrest a leader of the party which is leading the current government,” says an official at the police headquarters on the condition of anonymity.

“It’s not that the police is incapable of arresting Dhungel; it’s just that they don’t want to,” said another police official. At a time when even the home ministry is not clear about Dhungel’s case, arresting him could prove detrimental, he added.

A group led by Dhungel had murdered Ujjan Kumar Shrestha in 1998 during the Maoist insurgency.

On 10 May 2004, Okhaldhunga District Court had convicted Dhungel and eight others for Ujjan’s murder. Dhungel served a brief term in jail before being freed in 2006, following a decision of Rajbiraj Appellate Court to give him a clean chit.

On January 3, 2010, the SC upheld the 2004 verdict of the district court. The apex court had then sentenced Dhungel to life imprisonment along with confiscation of his property.

However, implementation of the apex court verdict remained on hold as the Baburam Bhattarai government had forwarded Dhungel’s name for presidential clemency.

Ujjain Shrestha's sister Sabitri Shrestha had filed a writ petition at the court after the then Baburam Bhattarai government recommended presidential clemency for Dhungel in November 201l. The Bhattarai government had argued that the case should be dealt with by a Truth and Reconciliation Commission as the case was of a political nature dating back from the time of the armed conflict.

Sabitri had also moved the apex court seeking implementation of the court order to sentence Dhungel to life imprisonment for the 1998 murder.