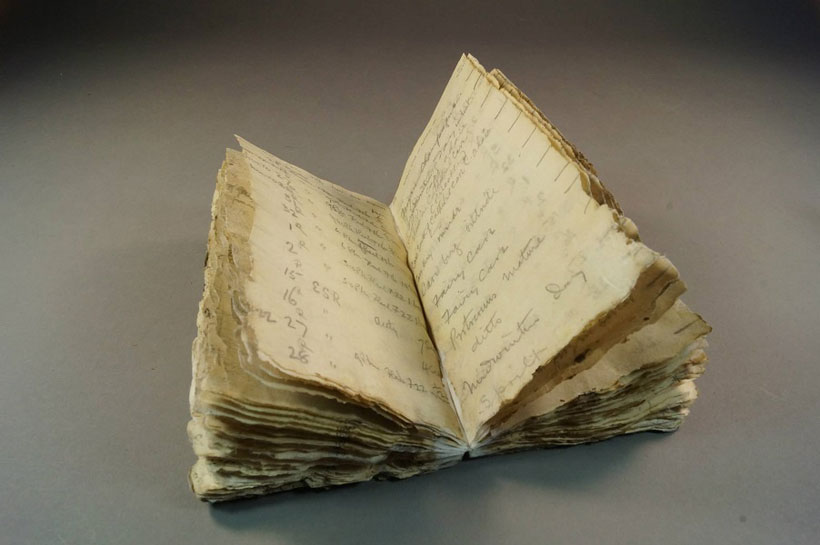 My grandfathers made an arduous journey decades ago, and today I’m making a similar one.
My first memory of my maternal grandpa is of him chasing us with a polished brown stick. Four or five of us siblings and cousins would squeal in delight and run from one end of the verandah to the stairs and finally to the open ground where we would all strategically disperse. In his confusion as to which child to chase, we would come to a safe distance, laugh and roll on the grass and wait for him to retire to his room so we could resume whatever loud ‘hell-raising’ games we were playing before his violent interruption.

My grandpa was cranky. My mum used to say old age does that to people. She also said he had seen the worst of humanity – fighting, pillaging and killing – and one human being killing another is not as glorious as it is often made out to be in films. She used to tell us a story of how once he was surrounded by enemies, and his stomach almost cut open and his internal organs had splattered about. He had scooped them inside and waited for his rescue. I highly doubt the veracity of this story. However, he had many bravery medals in wooden boxes with velvet linings.

My paternal grandpa had a similar wooden box. You could slide it and look at medals hung on ribbons of different hues. The medals of my grandfathers were not identical, but they had the identical monarch emblazoned on them. My maternal grandpa fought in the Indian Army and my paternal grandpa served in Malaysia. They were both Gurkhas; brave and supposedly ruthless. They gave the best of education to their children. Probably because that’s what they wanted for themselves too – a better life, better education, not the fate of war and bloodshed they lived through.

My mum says her father even went to Italy to fight the war of the British Empire. Maybe he did, maybe he did not. But she remembers him telling her that there they had strong women working on the streets and factories and he being really impressed with them. He wanted her to be strong, independent and fearless. At eighteen, she was working as a government schoolteacher where she continued to work till she turned 60 and retired recently. She was a Gurkha’s daughter –fearless, rebellious, and exploring new terrain never ventured before. When her friends were getting married and settling down, she was pursuing her further studies, working on her career.

My dad had a different upbringing. Born in Malaysia, he often brags that he was born in the hospital where former Miss Universe and Miss Malaysia and present day actor and philanthropist Michelle Yeoh was born and his children guffaw at his story. He does not talk much about his martial heritage or about our paternal grandpa and we never saw him in person, as he passed away before my dad was married.

We have a black and white picture of a young and very handsome soldier peering at us along with a few trophies he had won in army tournaments with his names inscribed on them, and a cigar holder that still has a lingering smell of tobacco. I remember salvaging a sack of old notebooks from our attic, scribbled with beautiful cursive handwriting, written slowly yet immaculately, about the writer’s favorite hobbies and sports in the simplest of English. My dad had told me it was my grandpa’s. The man had taught himself English and was working on his handwriting and expression; an army man set on intellectual path, probably for a promotion or may be just for self-improvement – an intention we will never know.

I had always wondered how my grandpas ended up in the army. Sons of farmers, brought up in hills of eastern Nepal, barely literate, they enrolled, thrived in foreign lands, learnt the foreign languages, fathered children for whom they wanted lives better than theirs, different from theirs, and succeeded.

When I decided to compete for the public service, I called my dad and told him that I was attending preparatory classes for it. My associate professor dad asked me what that meant. I explained about the career path I intended to take, and after a brief pause he said that he was not familiar with the career I had chosen for myself but would stick by me.

Like my grandfathers, I made the cut but little did I know my journey had just begun.
Sometimes I stand on the sidelines and try to understand what is happening in the battlefield of office politics. Most of the times, I’m clueless. I have a friend at work. Child of a professor like me, he understands these things. We are allies. In the midst of heated discussions where everyone is chipping about our gratuity policy, he whispers to me and says, “Wipe that blank expression off your face, nod your head as if you understand everything, and I will explain it all to you later.”

He says I’m his school bag; he will drag me everywhere and won’t let go off me. He says I’m not cut out for bureaucracy as I will never grovel or connive nor do I have a finely tuned shrewd brain required for the job. Sometimes I have my doubts too. But then I think of the stacks of my grandpa’s notebooks – pages after pages filled with single alphabets, then strung together in words, advancing to phrases and finally gushing torrents of sentences. They talk about the happiness he gets while dribbling basketball or when he sits with his buddies around bonfire at night and sings Nepali songs.

I’m my grandfathers’ granddaughter. We venture into unknown terrains. We are lost in the beginning, but we claw through it. We are not afraid of adversity, and we are not afraid of losing or falling or harshness or mortal enemies. We go in the battlefield and come out of it, scathed but victorious. My grandfathers made an arduous journey decades ago, and today I’m making a similar one. The water is murky, the grounds uncertain and yet with a spirit that awed the world and still does, we prod on.

Brave heroes of Nepal’s hills have been engaged in fierce battles since First World War but they are often ignored Read More...

LONDON, July 16: The Gurkhas will recruit women for the first time from 2020, and the selection process will be... Read More...