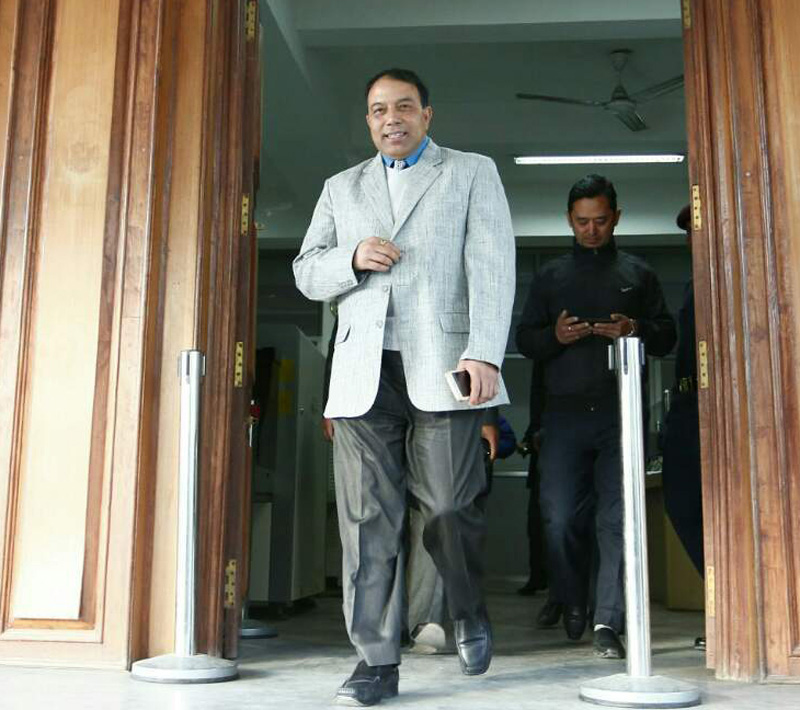 KATHMANDU, Jan 5: The government is preparing to remove chief executive officer of the National Reconstruction authority (NRA), Sushil GyewaIi. According to Minister for Population and Environment, Jay Dev Joshi, almost all members of the Council of Ministers have agreed to dismiss Gyewali.

“The Cabinet is going to consult the Attorney General about the legal implications that could arise after Gyewali is removed. After the consultation, a meeting of the Cabinet will remove Gyewali from the post, possibly today itself,” Joshi told Republica Online.

Expressing dissatisfaction over the performance of Gyewali, the Cabinet meeting last Thursday had asked a written clarification from Gyewali within seven days.

A cabinet meeting held at Singha Durbar on December 29 decided to seek clarification from CEO Gyewali within seven days as the NRA under his leadership failed to expedite reconstruction and rehabilitation tasks even after a year of his appointment.

This was the second time Pushpa Kamal Dahal’s government has sought clarification from the CEO, who was appointed a year ago by the previous government of KP Oli.

Gyewali submitted a 72-page carification to the government yesterday, arguing that there was no reason for seeking the clarification "as the NRA has completed all the major basic tasks of reconstruction and rehabilitation that should have been completed within a year of its establishment."

In his clarification, CEO Gyewali has stated that the government's decision to seek clarification from him on the charge of failing to expedite the overall tasks of reconstruction and rehabilitation contradicts the conclusion of the NRA's steering committee meeting chaired by Prime Minister Pushpa Kamal Dahal on September 26, 2016. The meeting had concluded that the progress on reconstruction and rehabilitation was satisfactory, according to a highly-positioned official at the Office of the Prime Minister and Council of Ministers (OPMCM), seeking anonymity.

Minister Baskota himself acted as agent in procurement
17 hours ago