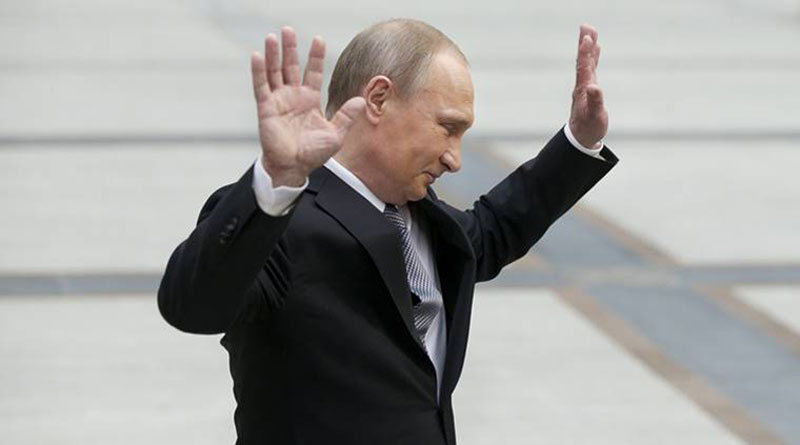 The Russian leader Vladimir Putin has earned a reputation for keeping other world leaders waiting, and even royalty and the Pope can’t force the Kremlin chief to stick to a tight timetable.

In fact, the Russian leader has such poor timekeeping skills that aides are often kept waiting hours on end as scheduled meetings rarely start on time.

But his tardiness extends to dignitaries and high-powered officials too.

Data compiled by Statista for The Independent shows how on one occasion in 2014 the Russian President kept his German counterpart Angela Merkel waiting for an agonising four hours and 15 minutes.

In close second is former Ukraine president Viktor Yanukovych, who in 2012 waited four hours for his meeting with Putin.

Putin’s penchant for arriving late for meetings first hit the headlines in 2003 when he kept Queen Elizabeth II waiting for almost a quarter of an hour.

Even longer delays were experienced by the Kings of Spain and Sweden.

Pope Francis was left standing for almost an hour before he met Mr Putin at the Vatican City in 2015.

And even the leader of the free world, Barack Obama, was forced to delay his plans by 40 minutes in 2012 when Mr Putin was running late.

But why does the Russian leader have such a poor record on timekeeping for some of the most important people in the world?

Some put his tardiness down to psychological games, given that he is often on time for press conferences and television interviews.

Others say Putin keeps other leaders waiting to stamp his authority on the world stage.

Those more sympathetic to the Russian leader say he is often late because he likes to check and double check the facts before a high-level meeting.

An anonymous source quoted by Moscow daily newspaper Moskovskij Komsomolets said: “Before important meetings he often double-checks sources of information, delves into things, as a result he gets behind schedule.”

Earlier this week, British Prime Minister Theresa May announced in the House of Commons that Russia was “highly likely” to... Read More...