Mountain women’s problems are taller than the mountains

‘Women in the Himalayan region are still going through the ups and downs of inequality and discrimination. Illiteracy and health problems make life really, really difficult for women in the region.’

KATHMANDU, March 8: Maya Sherpa is a resident of Okhaldunga and has climbed the world's highest mountain, Mt Everest, three times. She has also reached the top of the deadly Mt K2, Mt Kanchenjunga, Mt Manaslu and Mt Annapurna, among other mighty mountains. But the challenges faced in climbing mountains are nothing compared to the problems and hardships faced by the women living in the mountains every single day, she says.

“Women in the Himalayan region are still going through ups and downs of inequality and discrimination. Illiteracy and health problems make life really really difficult for women in the region,” observes Sherpa. 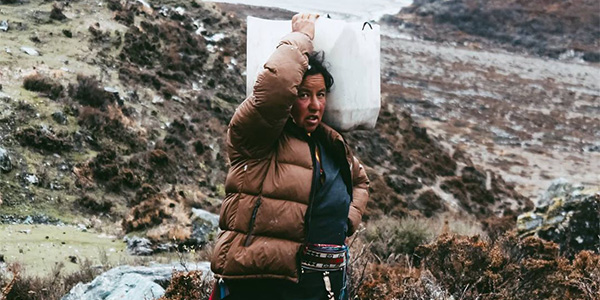 “Pregnant women have no other alternative but to walk for hours to receive even basic treatment. Many are even forced to lose their  lives in the process. Although the whole world has recognized the mountains, the problems of women living in the mountains have never been seriously considered,” she added.

Worse still, problems created by climate change in the region have made their lives even worse.

According to Sherpa, the number of crops produced in a year has decreased compared to a few years ago. “Sometimes, crops get destroyed by hail while other times they dry up due to prolonged drought. The lack of snow has also left the fields dry, making the land unfit for farming,” she said.

On Tuesday, the government released a 10-point manifesto with an aim of drawing the world's attention to the effects of climate change from the Kalapathar area of the Everest region. It calls for support of international communities to enable people of the Himalayas, especially women, to face the challenges of climate change in the region.

The manifesto calls for global attention to be drawn to the challenges of climate change in the Himalayan and lower coastal regions. Commitment has been made to promote the Himalayas as a nature-based tourism destination, create awareness and empower vulnerable communities, especially women, to cope with the changing climate.

Many renowned women have also raised their voices over the issues faced in the Himalayan region due to climate change, especially by women.

Bollywood Actress Manisha Koirala said that women should unite to resolve the problems faced by women as a result of climate change.

Likewise, Bandana Rana, a member of the UN Convention on the Elimination of All Forms of Discrimination against Women, said that the world needs to join hands to resolve the issues of climate change. Stating that the problems have become more complex in recent days, Rana said that our generation has been forced to face various disasters.

Joint Secretary at the Ministry of Forest and Environment and Head of Climate Change Management Division, Dr Radha Wagle said that the government has given priority to the mitigation of climate change effects.

Locals, however, say that issuing a manifesto alone will not solve problems faced by women in the region. They demand practical programs that can be implemented immediately, apart from  the limited programs which are only limited to raising slogans and making announcements.

"There has been a lot of talk in the past for the upliftment of women in the region," said Nawang Sherpa, a local resident of Namche Bazaar. "But the problems still persist."

As Tian Wei has put it - “Any society that fails to harness the energy and creativity of its women is at a huge disadvantage in the modern world.”

The remarks shared by women living in the harsh region is an insight for the modern society that has overlooked the issue, a shout for acknowledgement from all those concerned to recognize and take initiatives to resolve the problems faced by women of the Himalayan region.

One killed, one injured in landslide
16 minutes ago

If ruling alliance is broken, the country will head toward accident: Dhanraj Gurung
42 minutes ago