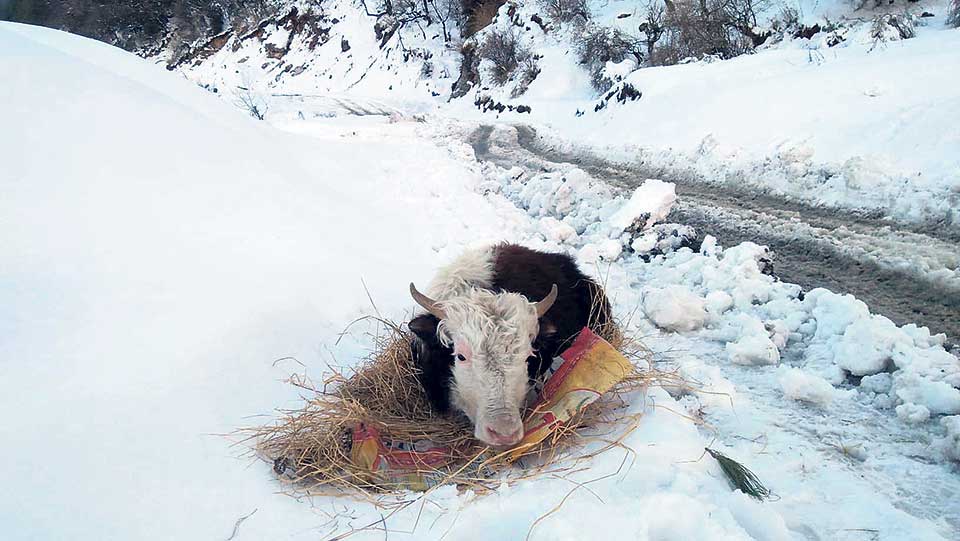 MYAGDI, March 6: Fifteen yaks have died in an avalanche that fell from Manapathi mountain in Thasang Rural Municipality of Mustang on Saturday.

Fifteen yaks in the joint barn of Sushila Gauchan and Nar Prasad Gauchan of Thasang Rural Municipality-2 Kowang have died in the avalanche that fell in Chiplung Kharka. Farmer Gauchan said that 10 more yaks went missing due to the avalanche on Saturday morning.

The avalanche had fallen at around 3 AM on Saturday. When the herdsman went to the barn in the morning, they found the yaks dead. A team of police, farmers and veterinary staffers have gone to the spot to collect the details of the damage.

An avalanche had also fallen from Manapathi in October last year. Nine teachers and students of Amar Singh Secondary School of Kowang were injured while fleeing the avalanche. Twenty-one yaks of Sakendra Gauchan and Bhim Thakali of Naurikot were killed.