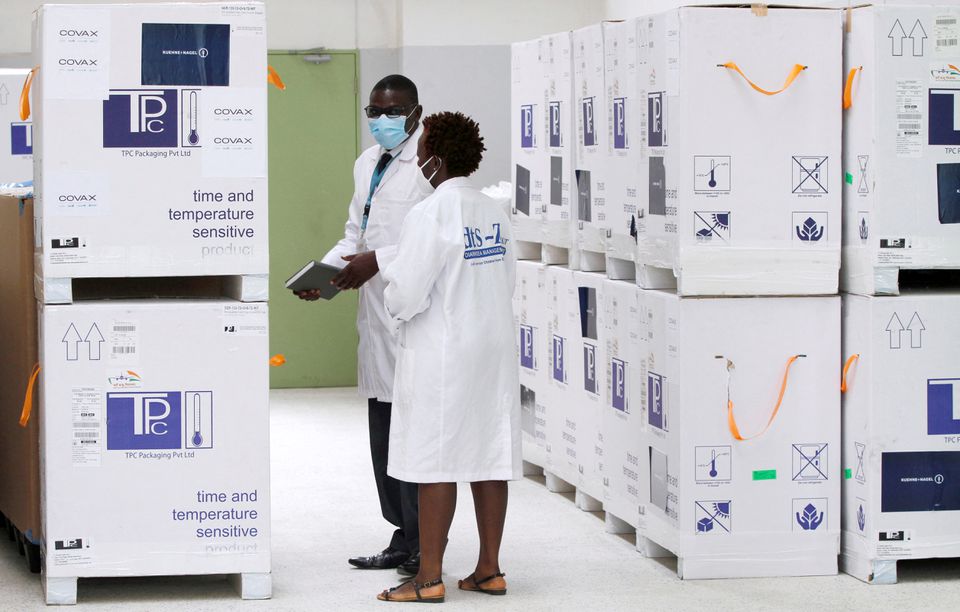 BRUSSELS, Jan 16: The COVAX global vaccine-sharing programme has delivered 1 billion COVID-19 vaccine doses, one of the organisations which manages it said on Saturday.

Supplies to poorer nations have long been very limited because of lack of vaccines, as wealthier states secured most of the doses initially available from December 2020.

But in the last quarter shipments have exponentially increased, allowing COVAX to reach the milestone of 1 billion doses shipped to 144 countries, said Gavi, which co-leads the programme alongside the World Health Organization (WHO).

COVAX was launched in 2020 with the goal of delivering 2 billion doses by the end of 2021, but was slowed by wealthier states' initial hoarding of limited shots, export restrictions and frequent changes within its organisation. read more

The program began delivering vaccine doses in February 2021. About one-third have been donated by rich nations, despite COVAX's initial plans to supply only jabs procured directly by the programme with a budget of over $10 billion in donors' funds.

The change of strategy has led to delays, as donors have often requested to send doses to countries selected by them.

Despite the recent surge in deliveries, vaccine inequity remains high. The latest WHO data shows 67% of the population in richer nations have been fully vaccinated, compared with only 5% in poorer nations. Over 40% of the world's population has not yet received a first dose.

Gavi, a vaccine alliance which co-manages COVAX, is seeking more funds to reach the WHO's goal of vaccinating 70% of the population in poorer nations by July.

KATHMANDU, Nov 1: A shipment of AstraZeneca vaccines against COVID-19 has arrived in Nepal from the Maldives. Nepal received 201,600... Read More...

KATHMANDU, Oct 27: As many as 1.20 million additional doses of Vero Cell vaccines arrived in Nepal from China on... Read More...