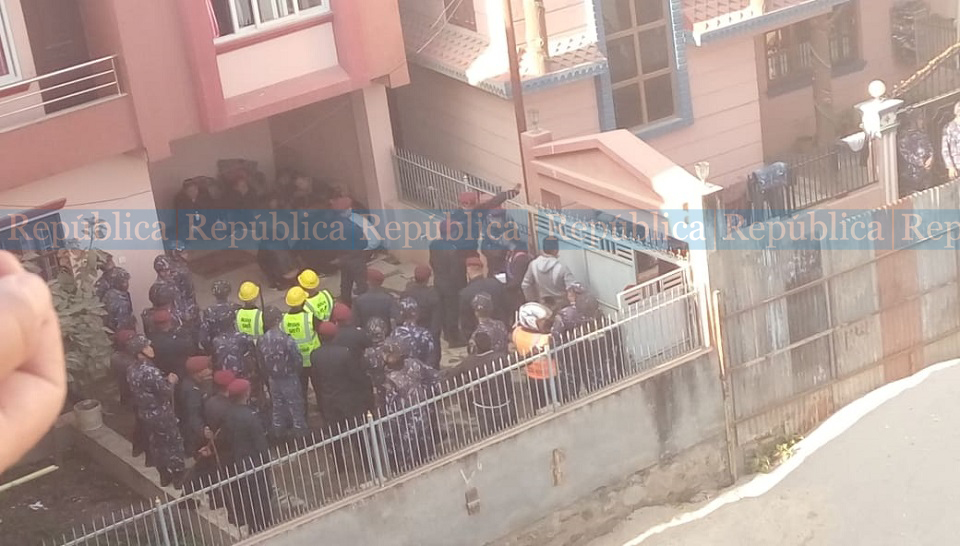 KATHMANDU, Dec 24: Chinese Ministry of Foreign Affairs on Tuesday said that 122 Chinese nationals staying illegally in Nepal were arrested during a joint operation carried out by Nepali and Chinese Police.

A spokesperson of the Chinese Foreign Ministry Geng Shuang told reporters in Beijing that the Chinese were apprehended for their involvement in suspicious cross-border cyber activities.

"As per the information that I have received, they were found to have been involved in suspicious cross border cyber activities and an investigation against them is currently underway," he said.

The spokesperson also said that the crackdown on the Chinese nationals staying illegally in Nepal was made possible by the joint operation of the Nepali and Chinese Police.

"China is willing to strengthen cooperation with Nepal in various fields including law enforcement, cross-border crimes and promote friendly exchanges between the two peoples," he added.

Following a request from the Chinese government to deport its citizens believed to be involved in shady deals, police arrested the Chinese nationals, who were found staying illegally in Kathmandu. Of late, there has been increasing involvement of Chinese nationals in banking fraud and hackings in Nepal.

After investigation, police are planning to file cases against the Chinese if they are found involved in illegal activities while others whose misdeeds cannot be established will be deported to China, a source informed Republica.

During the visit of Chinese President Xi Jinping to Nepal in October, the two countries had signed an agreement on mutual legal assistance. Since this agreement paves way to exchange legal assistance in curbing crime, the Chinese side appears to take back its citizens being involved in suspicious activities in Nepal on the basis of the same agreement.

Police had raided areas in Manamaiju, Budanilakantha, Bansbari and Thamel after getting tip-off that the Chinese nationals involved in 'criminal' activities were hiding in the areas.

“The Chinese nationals had been found staying in Nepal by renting houses. They were not involved in any proper business in Nepal. So, police had ample ground to suspect them. The Ministry of Home Affairs has been informed about the arrest of Chinese citizens,” a high-level official at the Nepal Police headquarters told Republica.

The source further added that the Chinese government will be sending a aircraft to receive the overstaying Chinese citizens.

The issue about overstaying Chinese citizens was discussed at the Police headquarters on Monday morning.

After the chiefs of CIB, MPCD and MPR suggested that police should start a raid operation before the suspected Chinese nationals flee, police chief Sarbendra Khanal took permission from Home Minister Ram Bahadur Thapa to make the arrests.

“The raid operation was carried out in different places at midday. The arrested Chinese nationals are under police custody,” said Neeraj Shahi, chief of CIB, adding that all the arrested might not be involved in criminal activities.

The arrestees have been taken to Metropolitan Police Range, Teku for further investigation.

No promotion to adjustment seekers in Nepal Police: Home Secretary

Corona-infected lawmakers, too, can cast their votes as PM Oli seeks vote of confidence in parliament tomorrow
7 hours ago