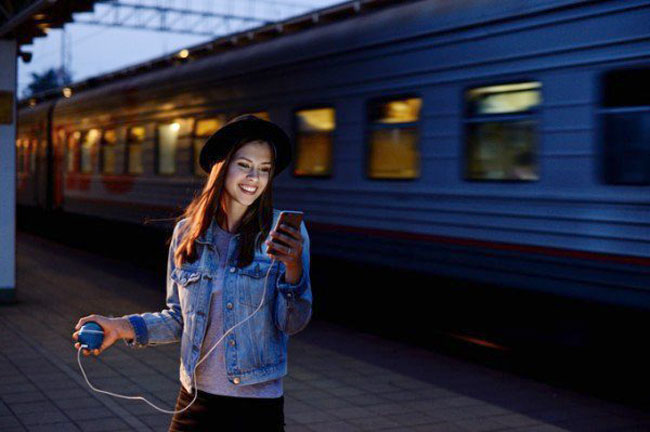 HandEnergy is an ingenious apple-sized device that charges your phone anytime, anywhere. But what really makes this thing special is the fact that it uses your own personal energy to do it.

In a time where power-banks and solar-power devices have become mainstream, a device that lets you charge gadgets on the go doesn’t sound very special. But while power-banks have to be charged the old fashioned way, and solar panels need the sun to store energy, HandEnergy just needs a hand. And I mean that quite literally. To get this little guy to produce energy, which it then stores in built-in batteries, all you have to do is hold it in your hand and rotate your wrists.

The working principle behind HandEnergy is that of a two-axis rotor gyroscope. “You may be familiar with the wrist-training device called the Powerball, which is a powerful handheld gyroscope,” HandEnergy co-founder Alex Novik told Digital Trends. “We came up with the idea of putting a battery, metal coil and magnets inside a similar device for generating electricity. We spent a year developing it, trying to find the best materials we could. After around a dozen prototypes, we finally arrived at one that we were happy with.”

To use HandEnergy, users start by winding a starter ring. This transmits a signal to activate the rotor, at which point they can start rotating their wrists to keep the rotor spinning. It might sound hard to believe, but the rotor inside HandEnergy spins at an average speed of 5,000 rotations per minute, transmitting mechanical power to create an electric current, and charging the built-in batteries. To charge a device, all you have to do is hook it up to HandEnergy using a USB cable.

“We don’t necessarily think this will be something that you use every day, because it takes around one hour to reach full capacity,” Novik says. “But it’s small enough to fit in your pocket, and you can use it anywhere if you find yourself someplace with no plugs or available electricity.”

Even though it takes longer to charge, due to the different energy generation system, HandEnergy actually charges smartphones and other gadgets at the same speed as a power outlet.

The battery only has a capacity of 1,000mAh, so it won’t charge your phone completely in one go, but it can definitely keep it run it for a while longer when you really need it. Plus, it uses clean, unlimited energy.

HandEnergy was successfully crowdfunded on Kickstarter, raising over $71,000 in one month, and will be available for the masses in May 2017, at a price of 99 euros.

One thing is for sure – it beats paying thousands of dollars on a solar-powered gadget-charging coat.

With the onset of winter, it’s time to protect your hair from damage that the natural harsh elements cause and... Read More...

We wish to reach the pinnacle of our career but we are always haunted by one question, “Have I chosen... Read More...