Of overhead costs and underhand expenses 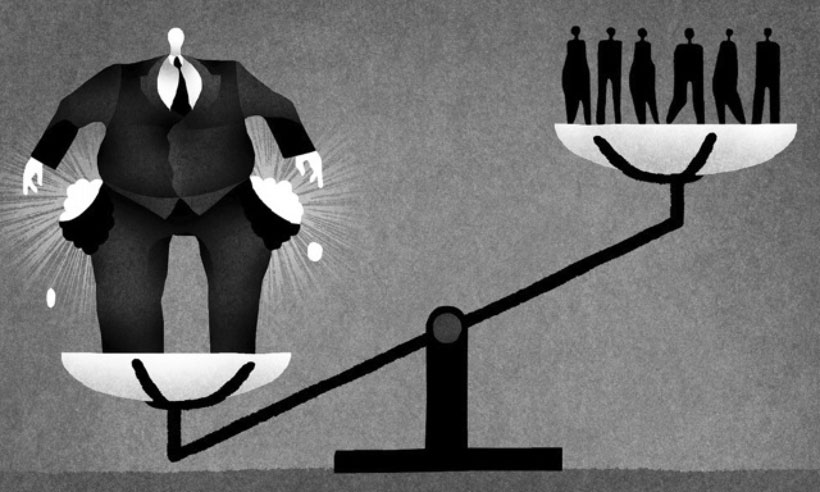 In between the committed aid and the beneficiaries, there exists a self-perpetuating industry of intermediaries who can be accused of taking more than their fair share of the pie.

There was no shortage of people who were, rather understandably, appalled by the news that Nepal Red Cross Society (NRCS) squandered upwards of 5.2 million rupees for their ‘yearly review meeting’. When viewed in isolation, the fact that NRCS is guilty of taking these sorts of liberties with the funds meant for earthquake victims is nothing short of scandalous but it wouldn’t have come as a shock to many ‘industry insiders’. In fact, the extravagance of the entire event serves as a microcosm of the ‘aid industry’ in Nepal. There is a danger of tarring every organization with the same brush but barring a few exceptions, this sweeping generalization would be a succinct way to describe how this sector seems to function when it comes to utilizing their coffers.

The inflow of aid into Nepal has been very beneficial to say the least because we have made significant leaps in terms of improving our various social indicators, so much so that it may eventually end up being the catalyst for our graduation from a Least Developed Country (LDC) into a developing country. But in between the committed aid and the beneficiaries, there exists a self-perpetuating industry of intermediaries who can be accused of taking more than their fair share of the pie.

There is a brilliant image on the internet of the ‘trickle down’ effect of aid where the volume of water (used to depict money) gets progressively smaller as it flows through the different levels (INGO’s, NGO’s) until it becomes a mere drop by the time it has reached the intended beneficiary. That picture really is worth a thousand words.

While our government is guilty of not spending our development assistance, you cannot say the same about all the INGOs that have proliferated in Nepal.

In an industry where success of a project or campaign is more often than not measured by its expenditure, the ability to spend money allied with the ability to engineer good reports remains crucial.

The results or the impact of a project is a second priority when expenses can be ‘justified’ and shortcomings glossed over in program reports. In the case of NRCS what transpired in Chitwan was perhaps the first step in the process – the expenses. The next stage would have been the slightly harder ‘justification’ bit (‘a stakeholder’s workshop’, ‘capacity building program’ ‘fact finding mission’ etc, etc) i.e engineering the reports to validate the expenses.

The golden rule of the industry is to ‘spend’ and it’s a mantra many project managers and coordinators live by. There is no need to be thrifty and hold meetings in your office when you can hold them in an overpriced hotel and in the process, be more charitable with your money than Oprah Winfrey. While the expenses can be frivolous and wasteful, most of them are mercifully not as glaringly injudicious and indefensible, as in the case of the NRCS. The compulsion to spend comes from the fact that any money returned to the donor is seen as a failure of the program, regardless of the fact that you weren’t inclined to throw money around on meaningless expenses to meet your targets.

It’s just the way the system is run and the manner in which things get done in Nepal and other countries depend on myriad factors right from donor requirements at the very top to governmental support or indifference in the implementation phase. There are so many constraints and in the process of getting their work done these agencies have to either bend the rules or learn to circumnavigate them – in most cases leveraging their financial clout to do so.

In the case of Nepal, nothing can be done without collaborating with the government and if you have ever dealt with our bureaucracy you will realize that apathy runs through the entire system. Collaboration usually means treating government officials like royalty, wining and dining them and giving them allowances for their ‘services’ and pretending to be grateful to them for letting you help the nation. If you cannot manage that, you can forget about cooperation in most cases.  It’s not just our officials but also the myriad stakeholders who must be ‘incentivized’ to participate and the beneficiaries that must be educated and local politicians and sideshows that must be pandered to.

This calls for expenditure that may not be ‘ethically’ right but may contribute to the success of the project indirectly. I’m not defending this extravagance by any means, but it’s just the way it has been set up and run from a long time ago. Some people are also given to blaming ‘dollar farmers’ – the disparaging term given to those who work in this industry. There is no use pointing the finger at them either because these people seek to fit the mould set by these agencies and not the other way around.

Yes, they work for money and may not directly associate with or ‘own’ the cause but there’s nothing inherently wrong with that. In fact, most of us do and all of us are hardly passionate about what we do. I don’t see this accusation being levelled at bank employees because I’m pretty sure all of them are not passionate about working slavishly every day to make someone else rich.

In our context, these sorts of spending practices will continue until the government stops relying too much on reports and treating as a magic wand, the limitations it has imposed on ‘overheads’ expenditure (or administrative costs) to a certain percentage of the budget.
There should be more robust and dynamic mechanisms in place to evaluate the impact of the aid we receive, given the importance of aid to our poor nation. Only then will we be able to ensure that aid is not squandered away frivolously, but reaches its intended populace.

KATHMANDU, Dec 2: The Ministry of Education, Science and Technology (MoEST) has spoken outright lies publicly about the expenses of... Read More...

UDAYPUR, Jan 8: The government will be providing the expenses for the treatment of the passengers injured in the Friday's... Read More...

President Bhandari emphasizes on role of law education for promotion of rule of law
54 minutes ago
Rs 10,000 fine slapped on Rajpur's mayor for not providing information
1 hour ago