12 hospitals in Nepal running without beds 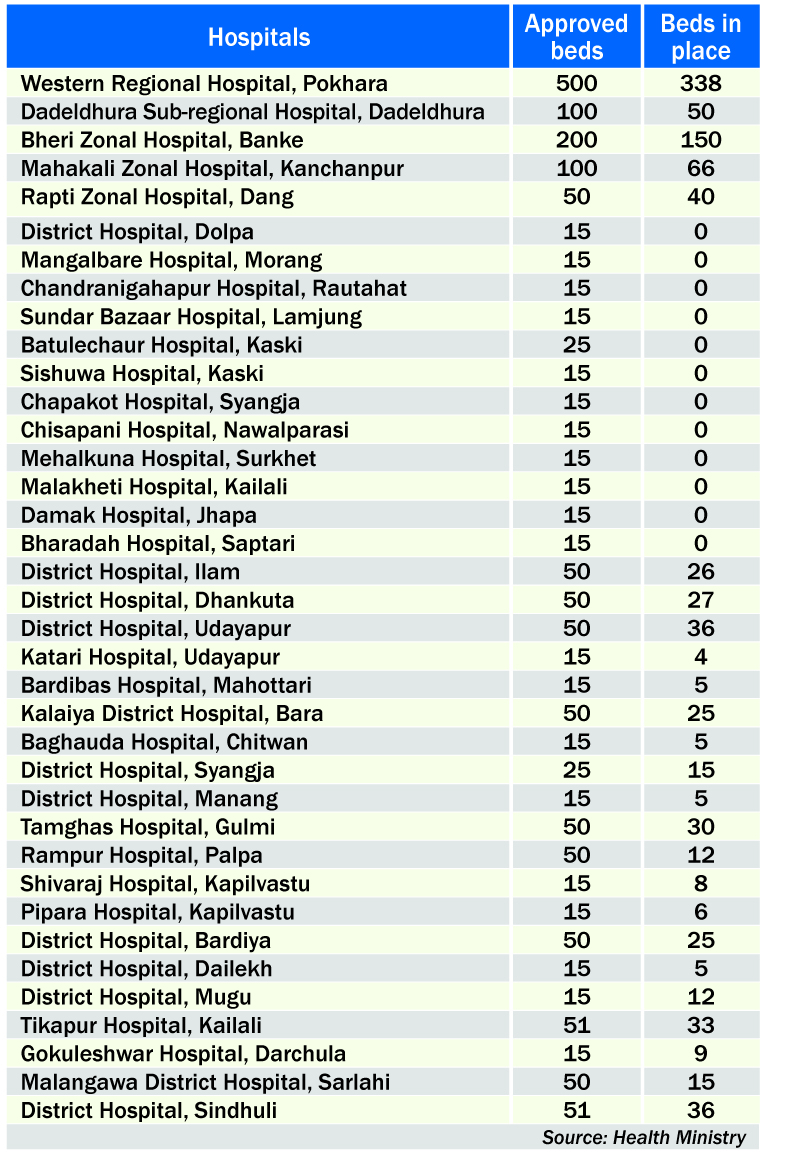 KATHMANDU, Dec 30: At least 12 hospitals across the country are found to be operating without a single hospital bed and another 25, including regional and zonal hospitals, have less than the number of beds sanctioned for them by the government.

A document obtained by Republica from the Ministry of Health (MoH) shows that at least 12 hospitals, including district hospitals, have not set up even a single bed although the Department of Health Services (DoHS) has sanctioned certain numbers of beds for them on the basis of their capacities.

A total of 37 hospitals, including regional, zonal and district level, have not been operating the sanctioned number of beds since several months now, the document shows.

A senior official at the ministry stated that the obtaining situation is a matter of serious concern. "The situation of the hospitals is pathetic in terms of providing a service to the general people," the official said.

Bhogendra Raj Dotel, spokesperson at MoH, said that the ministry would now take up the matter seriously. "Some hospitals were recently upgraded and are yet to set up hospital beds accordingly. Some don't have the necessary infrastructure and buildings," said Dotel. "We will manage the budget and human resources for the hospitals to operate as per the facilities and number of beds sanctioned."

He also informed that the ministry has been facing human resource constraints.

Nepal ends SAFF U-15 women’s football without a win

KATHMANDU, Dec 21: Nepal has concluded its journey for SAFF U-15 Women’s Football Championship with a 1-1 draw with Bhutan on... Read More...