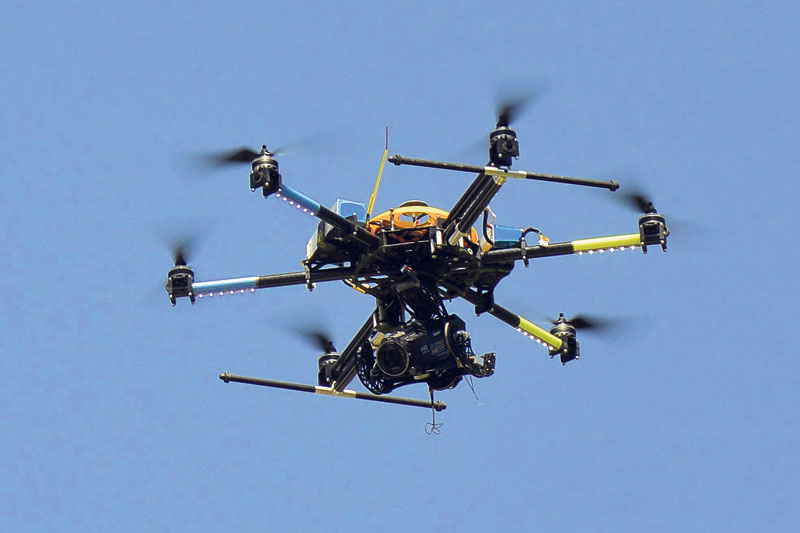 PRABAT, Dec 29: Police have arrested two foreign nationals from the district headquarters Kushma on the charge of flying a drone camera without permission.

Acting on a tip-off, Police  detained Singaporean and Spanish nationals while they were flying a drone camera from a suspension bridge connecting Kushma and Gyadi, District Police office, Parbat told Republica Online.

They had come to Parbat with guide Navaraj Mainali working for Nepal Dream Travels and Treking Agency.

An official permission is a must for flying drone cameras.

The arrested were released in coordination with the local administration on the condition  that they would come back with the required permission letter.

The drone camera has been kept at the District Police Office, Parbat for now. It will be returned to them once they turn up with the permission letter.

Dr Karki resigns from post of NMC member
22 hours ago

Mid-hill Highway makes 64 percent progress in one and half decade
16 minutes ago
Local level to provide Rs 10,000 to Dalit girls who marry after 20-year
42 minutes ago

Udayapurgadhi getting restored to its former glory
1 hour ago