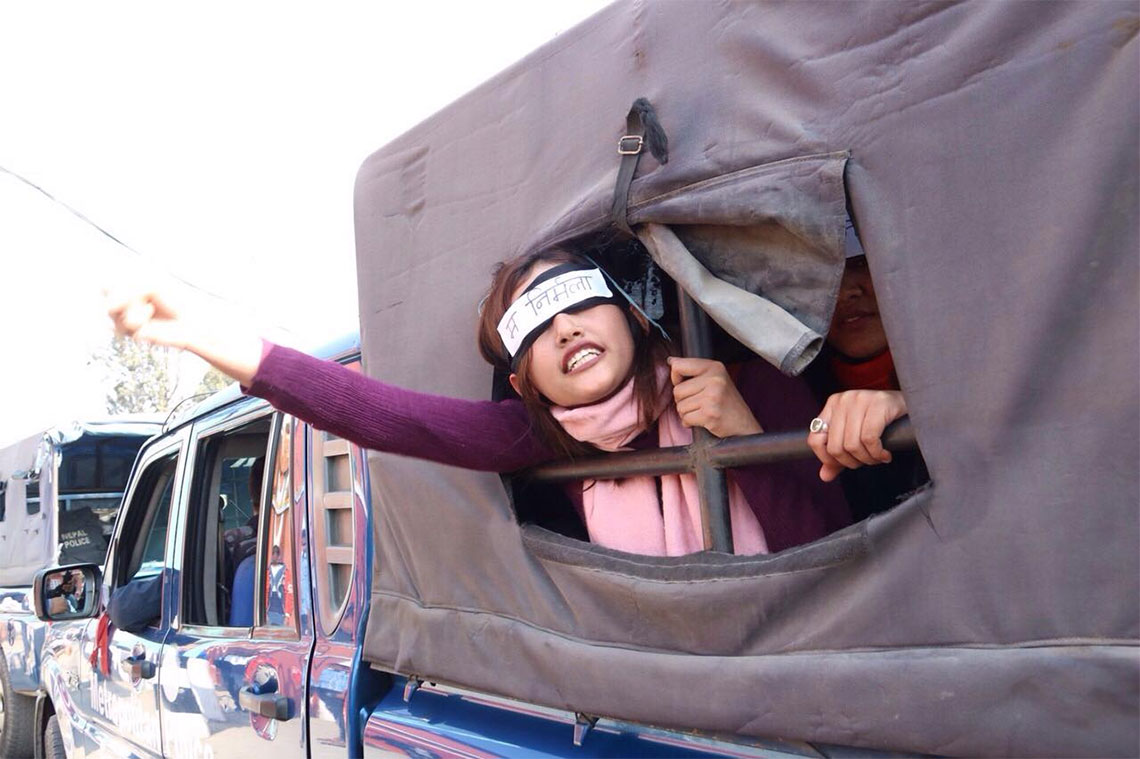 A protestor wearing a blindfold shouts slogans as she is being taken to a detention center by police in Maharajgunj on Thursday. Police briefly detained a dozen protestors while they attempted to stage a demonstration near the President's Residence, Shital Niwas, demanding justice for Kanchanpur rape and murder victim Nirmala Panta. | Photo: Dinesh Gole/Republica

KATHMANDU, Dec 7: Police on Thursday briefly detained 12 protestors who were trying to stage a demonstration in front of the official residence of President Bidya Bhandari in Maharajgunj, Kathmandu, demanding justice for the rape and murder victim Nirmala Panta. All the protestors were released later in the afternoon.

The protestors were detained at the Metropolitan Police Circle Office, Maharajgunj.

The protestors were advancing toward the president's official residence, Shital Niwas, to stage a sit-in when they were stopped by police.

It has been more than 4 months since the body of the 13-year old was found at short distance from her home in Kanchanpur district, but police are still clueless about the perpetrator(s).

A post-mortem report later revealed that she was raped and subsequently murdered.

The government has been under fire for its failure to arrest the culprit(s). Protestors in various districts have been demonstrating with the slogan “Justice delayed is Justice denied”.

The Central Investigation Bureau (CIB) of Nepal Police on Wednesday arrested a suspect, while releasing six others who were arrested earlier in the course of investigation.