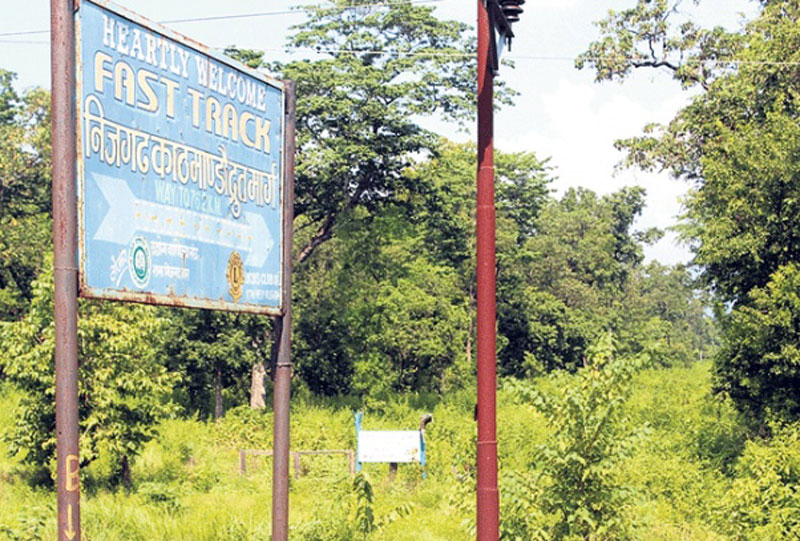 We need urgent structural reforms in order to encourage investments from the general public in productive sector
“We are not from established business background and we are not from Kathmandu. That may put you in doubt about our capability.” Jaleshowar Pandey, co-author of this article had said to the senior management team of Nepal Rastra Bank in a tense meeting. “However that is precisely the reason why you should trust us. If you doubt us because of our background, and the place of origin, many like us will be discouraged in the future.”

This conversation had taken place a decade ago when a team of finance graduates, local leaders and banking sector professionals from Pokhara, Syangja and Butwal had come with a proposal to set up a Development Bank. In the last phase, when the senior management team of the central bank was supposed to decide whether to grant a license or not, there was evident doubt prevailing.

The co-author believes this emotional twist to the whole pitch definitely must have appealed to the members. However we believe proudly that they would not be disappointed in any sense after ten years today. As a living example of a regional initiative nurtured successfully through organic learning and rapid capacity enhancement, today, Garima Bikas Bank Ltd has over 40 branches all across Nepal and employs more than 350 people from diverse backgrounds. The fund mobilization of last year was around 13 billion rupees.

Of many reasons that contributed to this success, the most important is the confidence of the people involved and the availability of funds locally, among the people.

Unbalanced participation
Now, zooming out to the national context, the government has declared recently that the Nijgadh-Kathmandu Fast-track will be built by our own resources. This is undoubtedly a welcome move, although, for many, it will sound too ambitious in terms of the capital and technical expertise.

It’s a known fact that capital can be easily raised from the people. Recently, the initial public offering for the Khani Khola hydropower project was oversubscribed by 73 times. Similarly in the past many such IPOs have been oversubscribed overwhelmingly.

Kulman Ghising, the hero of the hour who has magically removed the long-dreaded ‘Load-Shedding’ from Kathmandu’s lifestyle has suggested that involving public companies in the hydro sector is the only long-term solution for the power problem in Nepal.

Thanks to remittances, there is capital with people. However, because of lack of credible opportunities for organized investments in the productive sector, the money is either in locked state or in the informal economy. Worse, it has led to an irrational rise in real estate prices. The safest investment for people looks like buying a piece of land and keeping it idle for few years.

This is an unhealthy ecosystem which creates a lot of black money and remains outside the ambit of government revenues and regulations. Even the small portion of economy that is reflected in the capital market of Nepal highlights an unhealthy imbalance. A huge portion of 85 percent of listed capital is in the Banking and Financial Institutes.

Therefore, to create a healthy balance in the economy by increasing investment in the productive sector, to broaden the revenue base of the government and to enable national projects of extreme importance and long-term impact, the nation needs urgent effort toward policy making to encourage large capital generation through public companies.

Structural reforms
The examples cited in this article above show clearly that availability of capital is not a problem. This over-whelming over-subscription indicates at two things. One, there is enough capital available among people. Two, there is a lack of informed decision-making in terms of investments.

Therefore, the structural reforms required for enabling large investments through Public Companies has to address three aspects—the participants or the people, the management or the industry expertise and the government or the regulatory authorities.

Like all other sectors, an uncontrolled push for growth can create opportunities for criminal intents.

There have been many incidents in the past when dishonest individuals from the corporate sector have cheated honest people. This likely problem has to be checked right in the beginning.

A mass-scale awareness campaign among people for informed investment is needed. Government should facilitate programs to educate people on the benefit of investing in the productive sector.

Along with this, the regulatory body should mandatorily have help desks and representatives for accepting and addressing grievances from people.

Establishing government facilitated agencies to rate the technical expertise and credibility of the public companies is another vital step to help people take wiser and confident decision. This will also help set measurable benchmarks for the management of the companies themselves.

Another important structural change required in this sector for greater capital influx is to make the presence of qualified financial experts and industry experts mandatory in the boards of such companies. Thereafter, we have to look for ways to enforce capacity enhancement by the organizations.

Politics thrives on rhetoric and optimism. Therefore, politicians sow dreams. But it takes strategic policy making, detailed planning, attention to details in execution and unflinching perseverance to make that dream a reality. In the long term, if we address the genuine concerns through structural reforms, mobilization of internal resources at all levels is a surely doable thing.

Can Nepal build fast-track on its own? Yes we can.