(The author is studying Construction and Developmental Science at the University of Louisiana at Monroe. Twitter @MilanJKatuwal)
news@myrepublica.com

Our society must be progressive. Our economy must be expansionary. Our nation must remain sovereign – and throughout it all, we must preserve our bona fide heritage and diversity while our people remain unified.

Progressivism and Conservatism have been the two most contemporary words and subjects of much debate in the array of present-day politics in Nepal. This piece neither tries to carry the leftist bandwagon nor does it condemn the rightist philosophy, or vice versa. The core idea is not to remain hanging on the radical edge of principles, but to be consolidating on the rational center which asks for the outcome, greater unity, and credulous eyes that are prone to co-option. My attempt, therefore, is to emphasize the importance of a centrist path that secures inclusive democracy, enhances nationalism, and ensures national progress.

In the ongoing debate, liberals’ notion of political progressivism has remained on the premise that the optimum socio-economic progress of Nepali society can only be achieved through the indemnification of changes safeguarded by the Constitution of Nepal 2015. On the other hand, the notion of the conservatives’ court has been that the federalist and secularist agendas have not only dismantled our national fabric and afflicted the foundations of national unity but have also compromised our national sovereignty and security.

Conservatism is condemned by the liberals as an antagonistic idea that seeks to undo all of our society's beneficial accomplishments by threatening to renounce federalism, scrap secularism, and then reinstate the monarchy in the country. Practically, not all alterations are reversible. For instance, once the wood has been converted into ash and smoke, it cannot be converted back to wood. The best choice is to make use of the new now that the old vanishes.

Globally, Gen Z is proving to be the least religious generation. Although the younger generation still maintains a nominal cultural connection to their religion, they have grown so tolerant of diversity that they will not associate themselves with any movement that seeks to construct identities based on irrational worldviews like religion. The wave of religious nationalism can be subjugated in a country with the world’s second-highest Hindu population of 23.5 million, yet religious extremism may not thrive in the country with an equally young population with a median age of just 24 years. Similarly, the system of monarchy that vouches for supremacy based on progeny, favors blood over merit, and reflects social hierarchy by class is not relevant in the 21st century and does not resound our interest.

The case of religion and monarchy are mostly political, whereas the case of federalism is essentially economic. As a result, different yardsticks for measuring these components are required. Accounting for the long-term economic viability of federalism will be in the best interests of the nation, rather than using it as a tool to garnish identity politics.

We should see politics as a battle of ideas, and not a battle of will. When leadership is not accommodating, and rather driven by their rigid will, the state does not resemble democracy but despotism. I still believe that some of the ultra-rightist viewpoints are erroneous and need serious rectification. Yet, it is the same with any extreme ideas, whether it be on the right end or the left end. We should endeavor to avoid all forms of extremism and instead embrace a ‘rational’ approach that allows us to establish common ground on which to work together.

BP Koirala, Nepal's tallest statesman, defined himself as a "lone Jupiter" because of his political stances which were distinct from those of many other politicians. Koirala stood on the socialist platform, but he neither tried to position himself as a socialist theorizer nor a prisoner of definition. He remained a leader, without being a theorizer. Rational progressives see ideology as malleable whereas radical progressives see ideology as intrinsic.

Following the civil war, some predicted that Nepal would become Singapore, while others peddled the idea of a “New Nepal”. Transformation of Nepal into Singapore was easier said than done, yet reasonable reform of our economic and political institutions to create a better Nepal was possible. The project of rational progressivism is to cultivate good ideas and convert them, through democratic means, into public policy.

We should be able to work hard and actually prove how the current political system is best suited for Nepal, instead of making futile arguments for how other choices would be worse. Rationalism seeks synthesis while radicalism orients by antithesis.

Our generation yearns for a change. A low opinion of our futures has been fueled by a mix of the global digital revolution and their annoyance further worsened by treacherous politics. Our generation of youths must be encouraged to maintain their optimism. Radical viewpoints are pessimistic. We must choose to be rational. 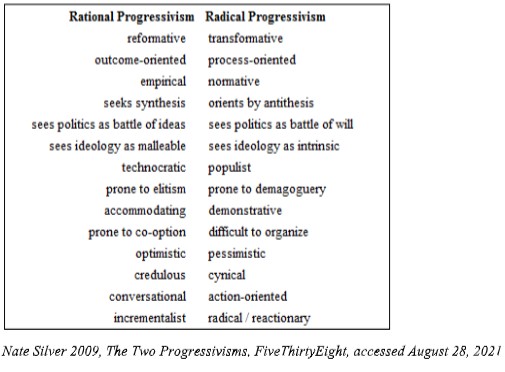 Liberalism is a dynamic, expansive, and comparative term that varies over time and in different contexts. When BP Koirala spoke about liberalization in the 1960s during the Panchayat system, he was mainly referring to an independent judiciary, freedom of the press, right to speech, freedom of expression, among other political rights. Now that we are already in a democratic setting, liberalization may be understood in much broader terms with additional global dimensions and economic components added to it. However, it should not be expected that one society's liberal picture will be identical to another society's liberal picture. It is context-dependent.

Our society must be progressive. Our economy must be expansionary. Our nation must remain sovereign – and throughout it all, we must preserve our bona fide heritage and diversity while our people remain unified. Now, here's the question: how do we synthesize progressive ideas from around the world and make them acceptable in our complex socio-cultural context? The answer is: taking a rational approach toward progress.

New York is in a different time zone from ours, both in terms of clocks and in terms of human growth. Their living conditions, perspectives, and priorities are totally different from ours. So, if we try to mimic New York's trends, we will not be doing things right because (a) their issues may not be our issues (b) imitation of peripheral issues can make our politics disconnected from the primary issues at hand. We must concentrate on our own worries while respecting the fundamentals upon which our society is formed.

If we stop being reactionaries and choose to be incrementalists, we have the ability to define liberty and progress in our own terms. Progressivism is climbing up a ladder along with a series of distinct stages. It is an additive process, and our progression should be from point A to B, then B to C, then C to D, in that way, in that order. By trying to go from A to Z all at once, we are most likely to slip and fall and may as well damage the ladder in the process.

(The author is an undergraduate student at the University of Louisiana Monroe. He writes on issues related to public policy, infrastructure, and politics)