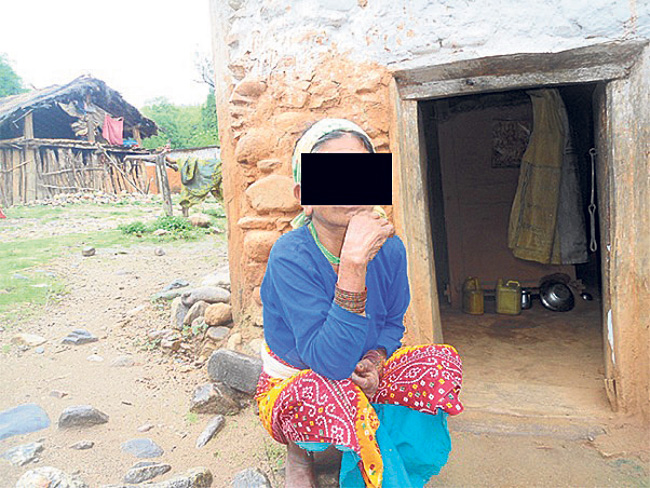 An HIV infected woman sits in front of her home in Jogbuda village of Parshuram Municipality-1, Dadeldhura in this file photo. She contracted the disease from her late husband. Photo: Republica

DOTI, Dec 24: A recent study has found that 59 percent of women in the district are living with one or other kind of sexually transmitted diseases (STDs). In its annual report for 2016, Doti branch of the Nepal Family Planning Association (NFPA) stated that the number of women to live with STDs have been increasing every year. Such alarming health condition of women in the rural district is attributed to the pervasive trend of labor migration to India among men. Husbands of the women are major transmitter of such diseases, the study suggests.

The data was collected from health camps run in Bajhkakani, Saraswatinagar, Gairagaun, Daud, Kalikasthan, Dahakalikasthan and Mudegaun VDCs of the district as well as through check up services in its clinics stationed in several villages. Of the 1344 women who received health checkup services from these camps and centers, 782 were found to be infected with various STDs.

Three years ago another study had also posted similar findings. But nothing substantial has been done to address it. As a result every year more and more women are being infected with STDs.

Chetraj Fulara, manager of Doti Branch of the Association, said women infected with STDs are prone to other diseases as well. “If not treated on time, STDs can affect health of a woman even more,” he said while adding that the finding is not new for the district.

“This is not the first time that such alarming level of infection was found in women here. Three years ago another study had also posted similar findings. But nothing substantial has been done to address it. As a result every year more and more women are being infected with STDs.”

Fulara said that most of the women were infected from their India-returned husbands. “Most of the men who return home with sexual disease do not go for sexual health checkup. Without being aware that they are infected, they transfer the disease to their spouse as well,” he said.

“Our services focus on accessing a woman's chances of having ovarian cancer. During this process we also check their sexual health,” Fulara said adding that lack of health awareness and facilities are the major factors contributing to the poor health status of women in rural districts like Doti.

“Unlike in towns, women here don't have even basic awareness about their health. This increases their chances of getting infected with various diseases, including sexual,” he said. Apart from that lack of facilities and environment where women could openly discuss their sexual problems, he said, were restricting women from rural areas to share their health concerns.