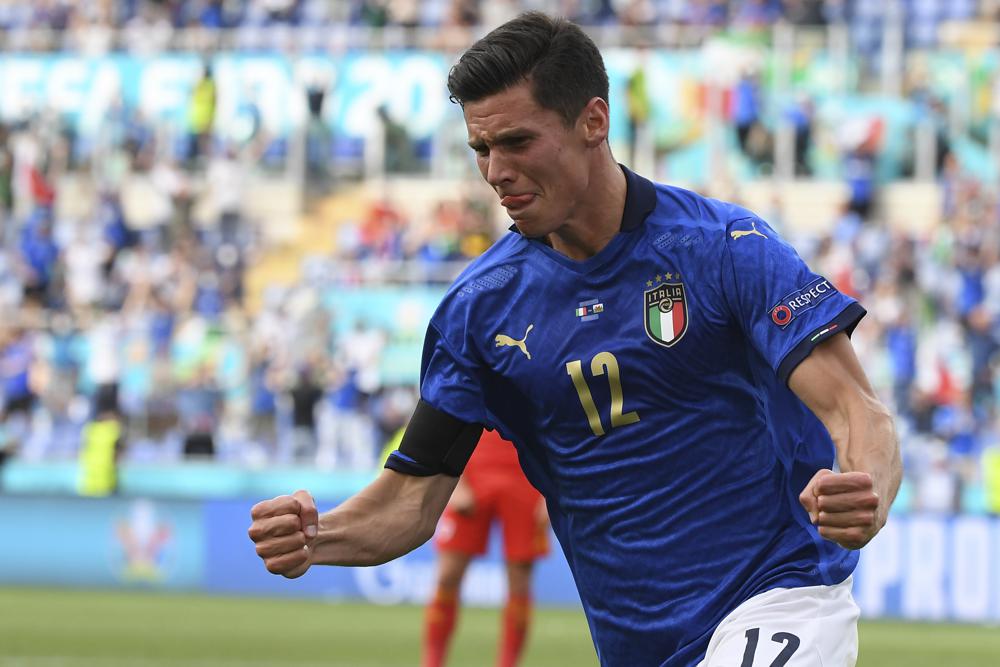 Italy's Matteo Pessina celebrates after scoring his side's opening goal during the Euro 2020 soccer championship group A match between Italy and Wales at the Stadio Olimpico stadium in Rome, Sunday, June 20, 2021. (Alberto Lingria/Pool via AP)

ROME, June 21: Matteo Pessina scored the only goal and Italy extended its unbeaten streak to a record-tying 30 matches with a 1-0 victory over Wales on Sunday at the European Championship.

Pessina redirecting a free kick from Marco Verratti into the net late in the first half.

Wales defender Ethan Ampadu was sent off with a questionable straight red card for stepping on Federico Bernardeschi’s ankle 10 minutes into the second half.

Italy, which won its opening two matches 3-0, finished Group A with a perfect nine points. Wales came second with four points and qualified for the last 16 at only its second European Championship. The Welsh reached the semifinals at Euro 2016.

Besides equaling the team’s 30-match unbeaten record after failing to qualify for the 2018 World Cup, the victory also marked Italy’s 11th straight win and clean sheet.

LONDON, Nov 15: Harry Kane scored a first half hat-trick as England booked their place in the finals of Euro... Read More...