BUTWAL, May 2: The resignation of the chief minister of Lumbini Province, Shankar Pokharel has been approved.

Earlier on Sunday morning, CM Pokharel submitted his resignation from the post of CM.

However, the ruling party has claimed that the resignation of CM Pokharel will lead to the formation of a one-party government of the CPN-UML.

There are currently 81 lawmakers in Lumbini Provincial Assembly after two lawmakers of the CPN (Moist center) and four others of JSP lost their positions as the memberS of the assembly. Of the 81 lawmakers, 41 are from the CPN-UML which is enough to form a simple majority government. 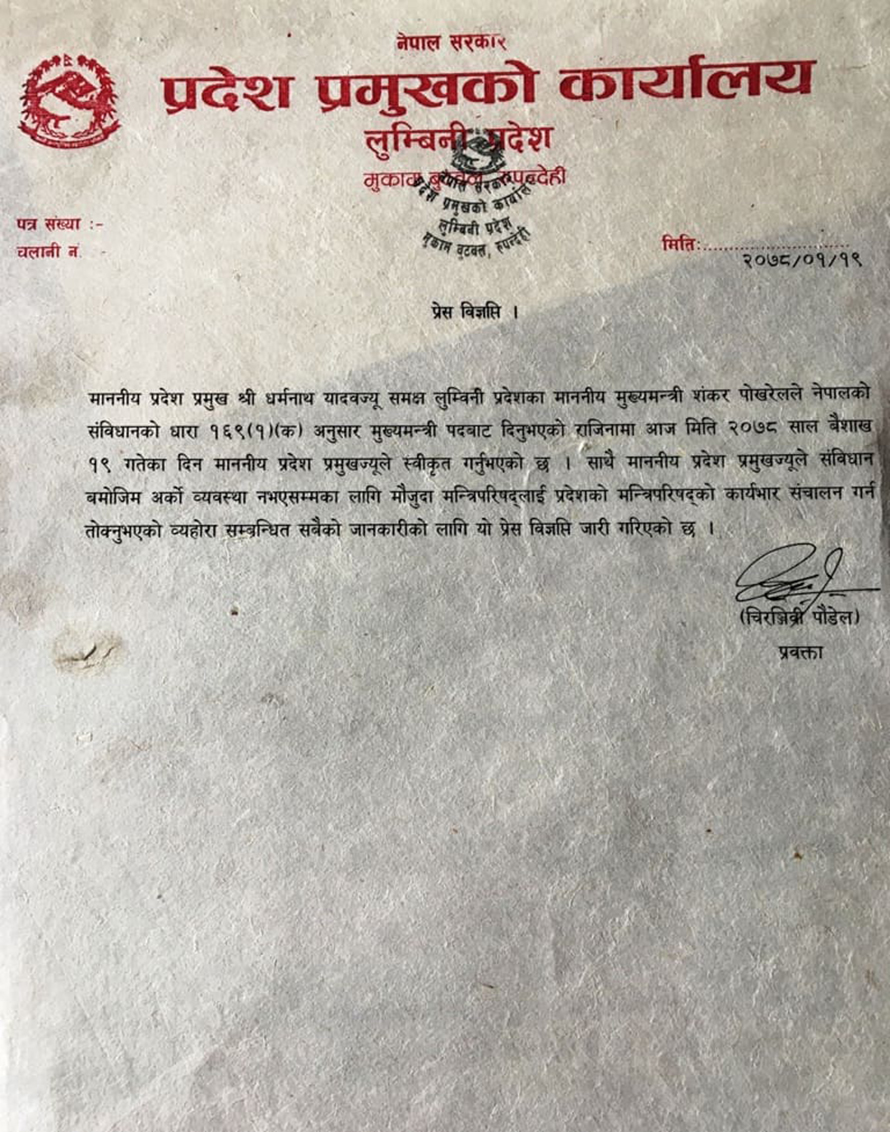 Lumbini Province CM Pokharel resigns, KC of Maoist Center to be next CM

KATHMANDU, May 2: Hours after the resignation by chief minister of Lumbini Province, Shankar Pokharel, the ruling CPN-UML has decided... Read More...