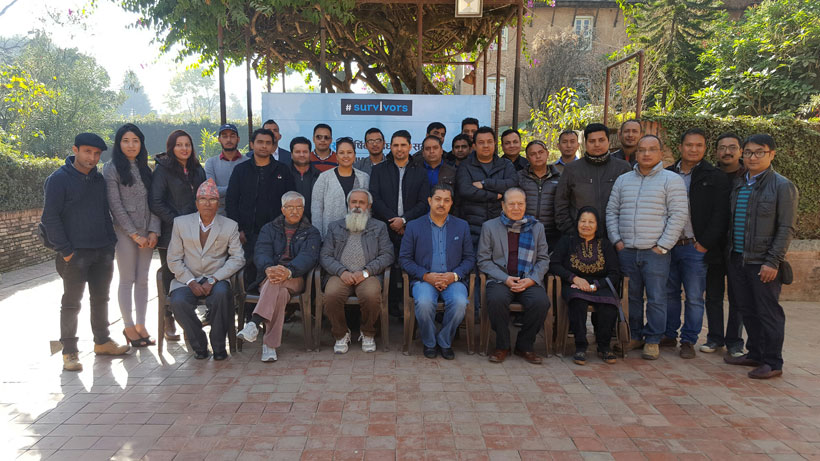 A panel of executive members to be led by Sushil Koirala was also formed during the event. The team shall consist of Nirakar Shrestha as Vice President, Prof. Dr. Sanjib Prasad Pandey as Secretary, Ramchandra Lohani as Treasurer, Rajendra Dangol, Sadish Shrestha and Babita Sedai shall be the executive committee members for the coming tenure.

With a commitment of contributing to the reconstruction of schools in a more effective way and help to improve the general health situation, Survivors has also formed a committee of advisors.

KATHMANDU, Nov 24: Player of the match Sabnam Rai dismissed Zhang Chan in the last ball of the second over... Read More...