Lessons for Nepal from corona tsunami in India 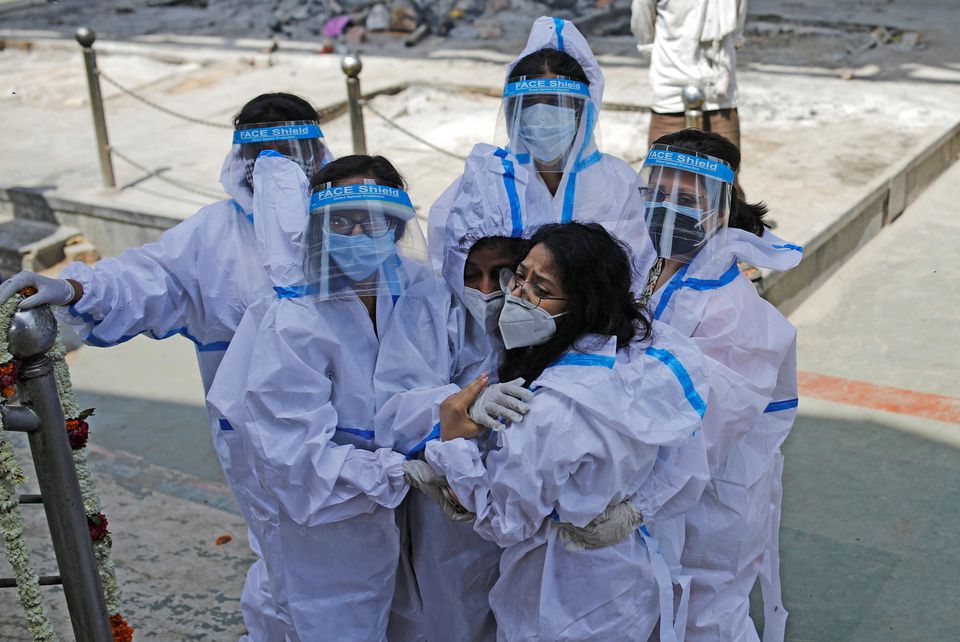 Ms. Bista is the Program Officer at AMARC Asia-Pacific Office in Lalitpur.
news@myrepublica.com

As the world marches into yet another year of coronavirus pandemic, the second wave of infections in India has reached record levels putting the country’s health care system on the verge of collapse. So, what went wrong, and what Nepal can learn from India.

As it is hard to link the current surge to mutant strains (double and triple mutants) as detected in many parts of India, the severe decline in compliance of Covid-appropriate behaviors, pandemic fatigue, and lack of effective implementation of containment measures by the government are the key reasons to blame for this exponential rise in new cases, which many fear are just the tip of the iceberg.

Though there is no uniform picture of infections throughout India, with the start of February 2021, the country appeared to have more control over the virus, having new cases recorded as below as nine thousand on 8thFebruary (sources). In March, we heard that Indian Health Minister was talking about the Covid end game. With the vaccination started and the number of new cases going down, people gradually avoided following the Covid guideline which has remained as the social norms in 2020. Habits like wearing masks and maintaining social distancing decreased significantly. Also, a lot of religious activities started to happen in the country, and elections are underway in a few places, both responsible for large gatherings of people without any restrictive protocols in place. The result of which now being unfolded in a dramatic rise in new cases, increased by several folds in the last few weeks: from less than 10,000 a day to over 300,000 a day, and the number of deaths is catching up quickly. Though the official death toll is just around 2000 a day at present, if one looks at the number of cremations taking place in different hardest-hit cities in India, it suggests that the actual death by the infection is higher by many folds.

What is happening socially in India is a big factor contributing to this surge. Government officials blame individuals for not obeying the advice and safety protocols. But there is a serious lack of government regulations, particularly when it comes to religious gatherings, for example, Kumbh Mela, held recently attracted millions of Hindu pilgrims where thousands tested positive. Also, the political gatherings, huge rallies still taking place almost daily for state-level elections in West Bengal.

Indeed, India is a vaccine producer country which did well at the start of the rollout early this year. Over 100 million Indians have already been vaccinated with one dose of vaccine. However, the number of people being vaccinated per day has come down in recent days. This is particularly because some people are worried about leaving their homes, and also because of disruptions in some of the supply chains and vaccine management systems in some states.

By the time this corona crisis in India will be brought into control someday in the future, it is going to affect all, not just the people of India but the whole Indian sub-continent, if other countries also fail to react promptly and within time. The greater the spread, the greater will be the chances of variants developing and the vaccines will eventually become less effective against them. At the moment, it is an urgent devastating crisis affecting hundreds of thousands of Indian families each day. There is a dire shortage of beds, oxygen, medical supplies, tests, and vaccines, among others.

What is happening now in India could happen to Nepal at any time sooner, because we share an open border with India and have very less or no Covid restrictive measures in place at the entry points. It will not take much time for the second wave of this pandemic to crush our already fragile health infrastructure. Not just hospitals will run out of beds but the oxygen supply system will crumble in a matter of weeks if not days. Every individual at this point should be made aware that they and their families have to suffer a lot if they don’t stop avoiding the safety measures.

Once again, the time has come for the Government of Nepal and all its sub-national authorities to remain in the highest level of alertness and take all possible measures to contain the infection as far as possible. Before it becomes too late, the Government of Nepal needs to completely close down our borders with India as well as cancel all flights to and from India. The capacity and facilities of our hospitals and quarantines should be scaled up along with increasing the testing and tracking process. Nepal’s health care system should be loaded with all essential resources (viz. personnel, logistics, and medical supplies) to get prepared for the upcoming surge, for which support from other countries could also be important. This is the time to act not just to remain vigilant. For people like us, if we don’t want to use oxygen masks later, we should use the normal masks to protect ourselves at present; and if we don’t want to see mass cremations taking place in our communities, we should avoid social gatherings at present. So, stay safe, stay healthy.

Ms. Bista is the Program Officer at AMARC Asia-Pacific Office in Lalitpur.

COVID-19 death rate in every million population in Nepal found more than double than that of India ... Read More...

Labor Minister’s 100 days of work: Labor permit made paperless, homework on new employment destinations being done (with list)
18 hours ago