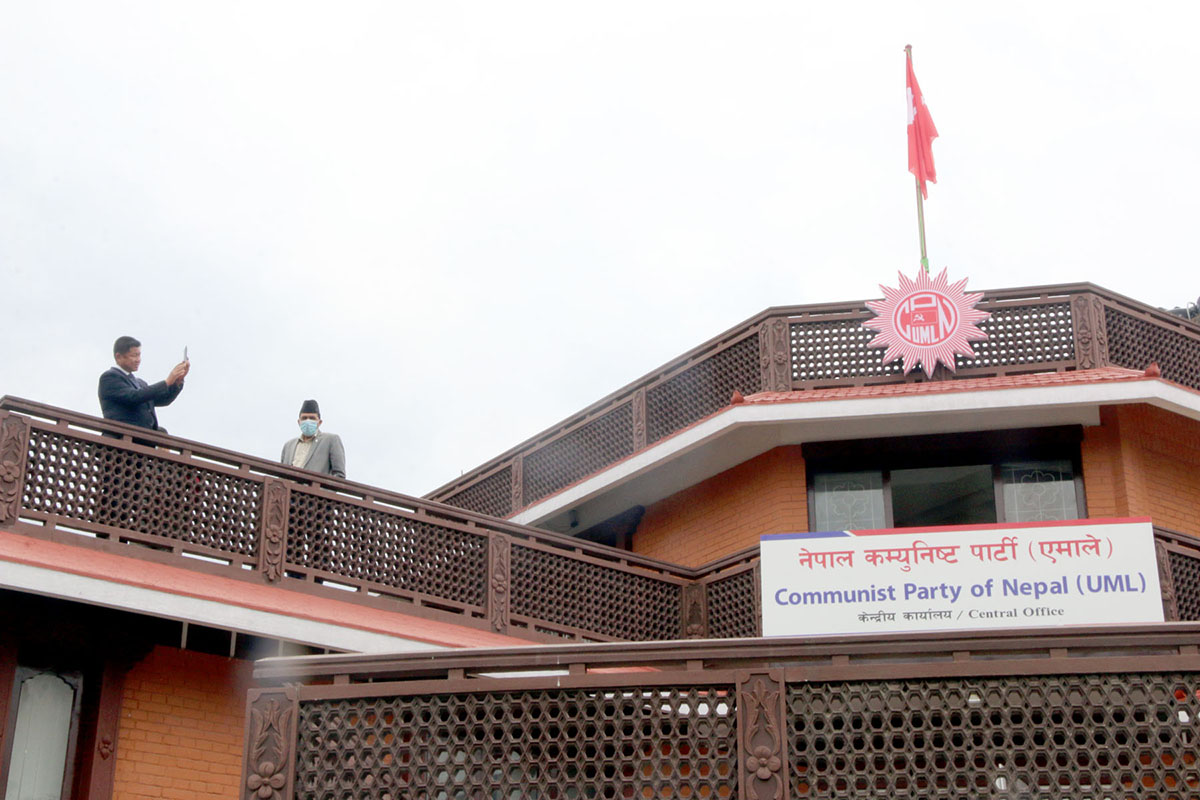 KATHMANDU, April 22: The party headquarters of CPN (UML) has come into operation formally from Thapathali from Thursday.

Similarly, the CPN (UML) had been running its activities from Dhumbarahi-based party office shifting from Madannagar, Balkhu, after the Gorkha earthquake damaged the building in Balkhu.

Pregnant woman rescued by helicopter in Doti
45 minutes ago