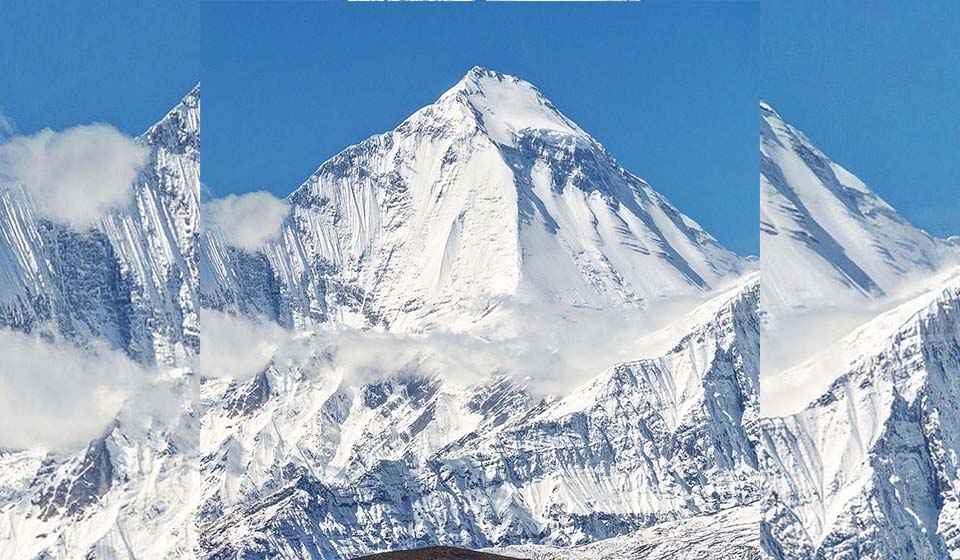 KATHMANDU, April 27: A total of 109 teams have so far acquired mountaineering expedition permits for this spring season.

According to the Department of Tourism, Ministry of Culture, Tourism and Civil Aviation, the expedition teams have already started leaving for the climb attempts of 25 peaks and mountains. The teams comprise 876 aspiring climbers from home and aboard.

As per the  expedition permits issued by the Mountaineering Section,  302 people of 38 teams have the permits to climb the world's highest peak Sagarmatha (Mt Everest) measuring 8848.86 meters this spring season. Likewise, 97 of nine teams have been allowed to climb Mt Ama Dablam (6,814 meters).

Likewise, four teams each have so far been allowed to scale the Himlung Peak and the Thapa or Dhambus Peak.

The department has so far collected Rs 448.94 million in royalty from the mountaineering permits.

465 climbers get permission to scale 11 mountains this spring season

The Department of Tourism has collected Rs 381.2 million as royalty from the climbers in the spring season, 2021. ... Read More...

KATHMANDU, April 1: The number of people climbing Mt Sagarmatha from Nepal has been increasing this year as there will... Read More...