KATHMANDU, March 29: The government has formed a three-member dialogue team to hold talks with the agitating groups demanding the release of lawmaker Resham Chaudhary.

Tharu Kalyankarini Sabha, Tharuwan-Tharuhat Struggle Committee and Central Movement Operation Committee have been staging a sit-in at Maitighar, Kathmandu presenting a 19-point demand including the release of lawmaker Chaudhary. Chaudhary was elected from Kailali-1 to the House of Representatives (HoR) in the general elections held in 2017.

Chaudhary, along with seven other individuals, was convicted of murdering eight police personnel and a minor in Tikapur, Kailali on August 24, 2015. He is currently serving his jail term in Dillibazar Prison. 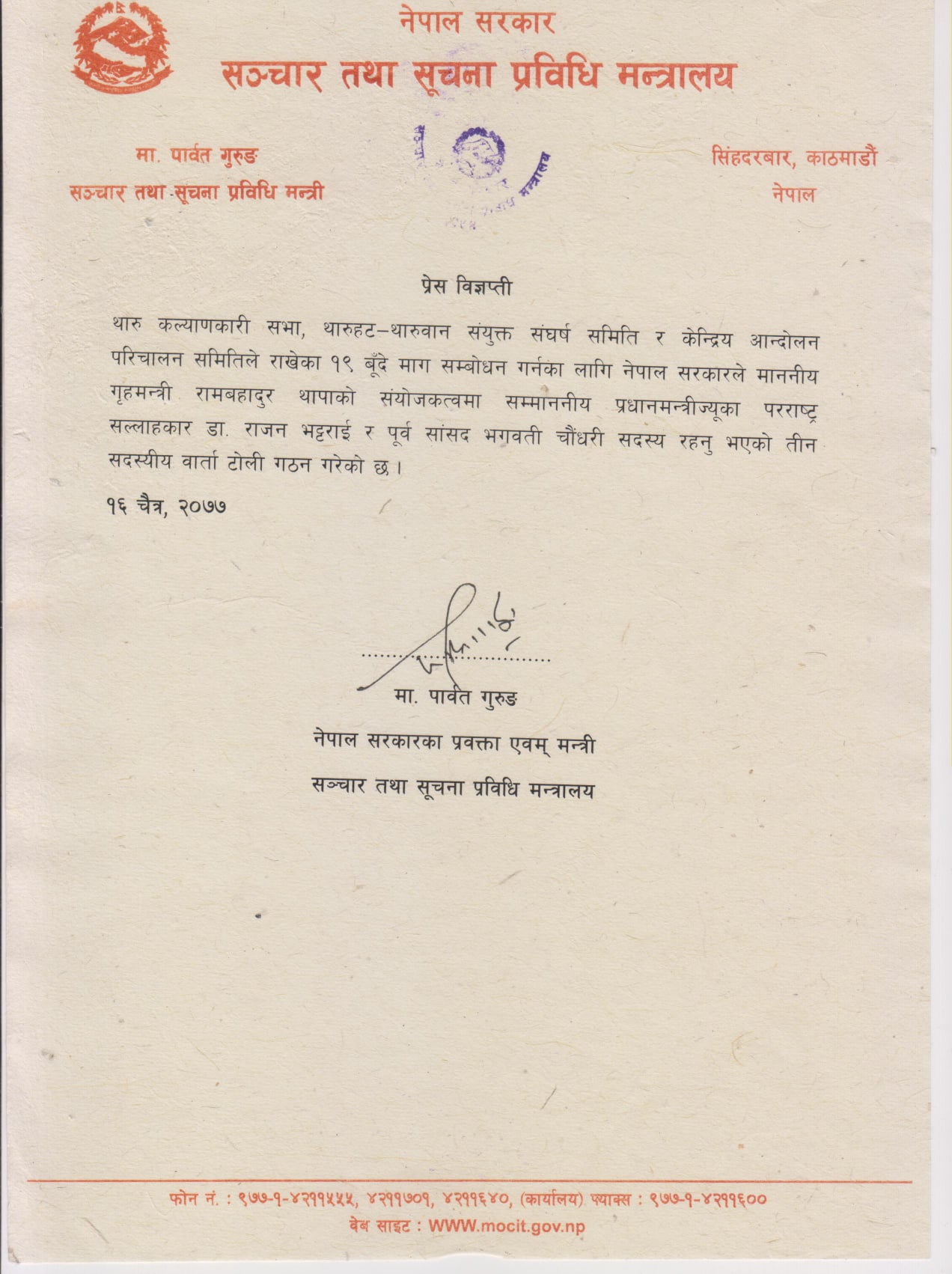 Government holds first round of dialogue with Tharu agitators

Two arrested on charge of rape
2 minutes ago