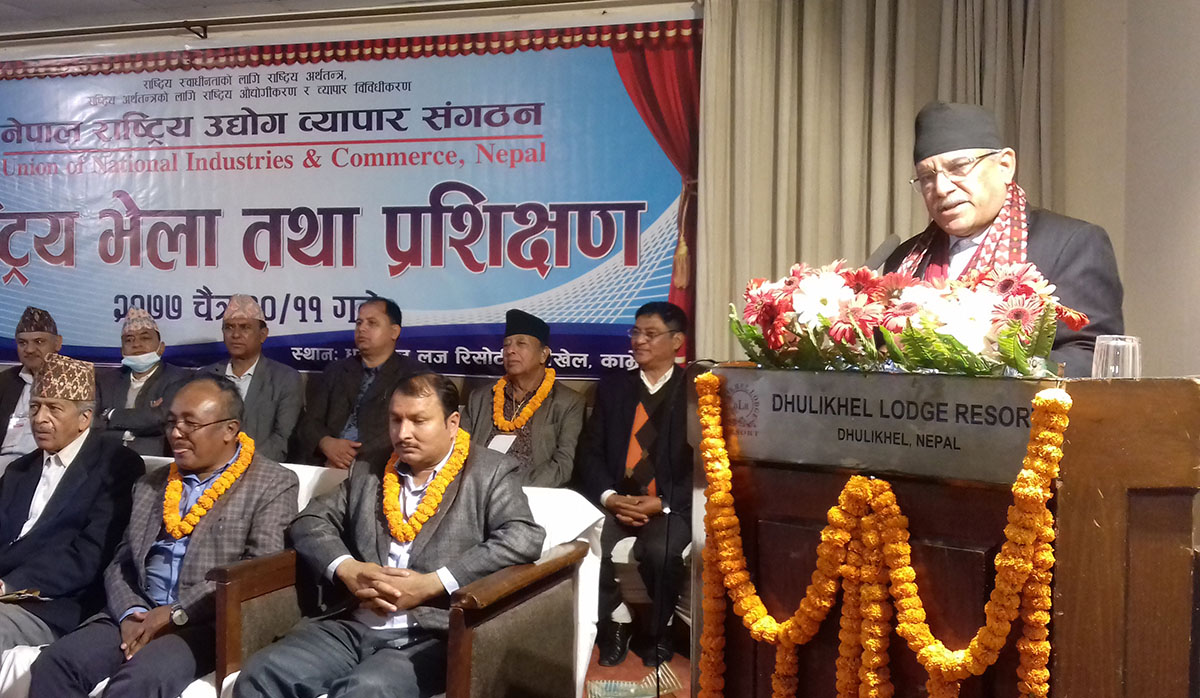 KAVRE, March 24: Chairperson of CPN (Maoist Centre) Pushpa Kamal Dahal 'Prachanda' on Wednesday said that discussions on the course that the party should pursue were underway in the party’s central committee.

Addressing a two-day national gathering and training session of the Nepal National Industry and Trade Organisation in the capital on Wednesday, Chairman Dahal, who is also former prime minister, said that discussions are underway whether to keep the party's past structure intact and further strengthened or find a new modality.

He also sought suggestions from various trade organisations close to the Maoist Centre to accommodate their views while accepting the court's verdict to revive two communist parties. "Give us creative suggestions as to which modality should the party pursue now. We are still fighting against those who are against national capitalism and building the national economy. We need your support institutionally. Organisation should play an important role in building national capital and creating job opportunities," he said.

Stating that efforts were on to reorganise the Maoist Centre, the party’s Standing Committee member Janardan Sharma said they were collecting strength to cut through the challenges facing the party. "Monopolistic capitalism does not solve people's problems. Only progressive capitalism leads to socialism," he said.

On the occasion, Chairperson of the Association, Shyam Pathak, informed that the organisation was expanded in 65 districts and efforts were already underway to expand it at provincial and local levels.

Minister Jhakri hospitalized
12 hours ago
Govt recommends ambassadors to India, UK and the USA
8 hours ago