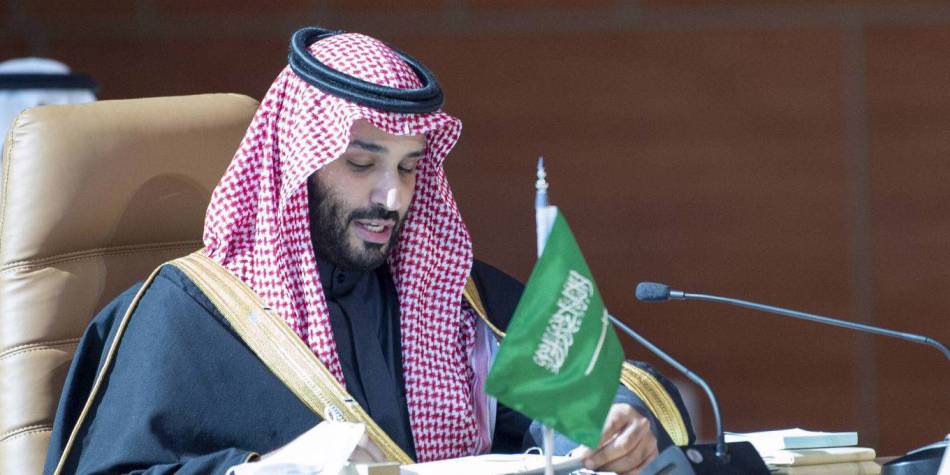 Trump often publicly humiliated the Saudi leadership, benefiting neither America nor the Kingdom. Biden’s softer approach will prove more salutary and enduring, and may help a young soon-to-be monarch find his footing.

PRINCETON – US President Joe Biden’s administration has refused to impose sanctions directly on Saudi Arabia’s Crown Prince Mohammed bin Salman, despite the recently released CIA assessment that he “approved an operation […] to capture or kill” Saudi journalist Jamal Khashoggi in Istanbul in 2018. By not punishing MBS, as the Kingdom’s de facto ruler is widely known, Biden has disappointed many. But he correctly put one of America’s most important foreign relationships first.

US Secretary of State Antony Blinken summed up the administration’s stance well, saying that, while America wants to “recalibrate” US-Saudi ties, the bilateral relationship “is bigger than any one person.” Blinken’s statement, which could apply equally to the murdered Khashoggi as to MBS, underscores an important fact. Biden, like every other US president since Dwight Eisenhower in the 1950s, realizes that Saudi Arabia is vital to maintaining American strategic interests in both the Middle East and the rest of the world, and has chosen not to risk rupturing the relationship by antagonizing the Kingdom’s next monarch.

Many Democrats are disturbed by the gap between Biden’s rhetoric toward Saudi Arabia during the election campaign, during which he declared that he would “make them in fact the pariah that they are,” and the reality of compromise in managing America’s foreign-policy interests. Biden’s critics wanted to see MBS punished, if not removed from the Saudi line of royal succession, and regard the decision not to sanction the crown prince as a betrayal of the values-based foreign policy that the president promised to pursue.

But the reason for Biden’s stance is in plain view—and it is not potential US weapons sales to the Kingdom, the rationale that motivated US policy under former President Donald Trump, with his crude transactional outlook. Rather, the US-Saudi relationship is built on many mutual strategic interests that do not depend on who is in power in Riyadh or Washington.

For example, the two countries have a shared interest in the stability of global energy and financial markets, as well as the supremacy of the US dollar as the world’s reserve currency. All Saudi oil is traded in dollars, an arrangement that neither side has an interest in changing.

America and Saudi Arabia also agree on the need to stabilize the Middle East, fight global jihadist groups, contain Iran, and end the war in Yemen and rebuild the country—and for Arab states to normalize relations with Israel. Even controlling the COVID-19 pandemic requires Saudi Arabia’s assistance, given that the annual pilgrimage (hajj) to Mecca, which will likely resume this year, has historically been the mother of all global super-spreader events.

For all these reasons, the bilateral relationship must remain solid, and the Kingdom must remain stable. Targeting MBS for punishment would amount to unprecedented US interference in the Al Saud line of succession and risk upending the country.

Trump dealt with the Saudis in a highly personalized way, mostly through his son-in-law, Jared Kushner, who maintained a close direct connection with MBS. This approach encouraged risky behavior by both sides, such as MBS’s 2017 decision to boycott Qatar or Trump’s readiness to allow Iran to bomb Saudi oil shipping and installations with impunity through the summer and fall of 2019.

More important, Trump’s tactics also undermined the institutional ties that have long been central to the US-Saudi relationship, such as those between the two countries’ foreign ministries, intelligence services, militaries, finance and energy ministries, and central banks. Biden’s “recalibration” is mostly about re-establishing these institutional connections while reducing the emphasis on high-level personal exchanges.

Biden’s presence has already had a restraining effect on the Saudi leadership, which has signaled a change in policy on a number of fronts. In doing so, it has tacitly admitted the failure of its strategy vis-à-vis both Yemen and Qatar, as well as to excessive repression of dissent at home.

For example, the Saudis have attempted—so far without success—to resolve the conflict with Yemen’s Iran-backed Houthi rebels, and have ended the boycott of Qatar. Domestically, the Saudi authorities have released a few political dissidents and reformers, most notably Loujain al-Hathloul, a courageous female activist.

The United States can build on these positive developments by discreetly encouraging more change—such as an end to the war in Yemen, given the Kingdom’s influence over the conflict’s various parties. Other Saudi actions might include direct talks with Iran and the release of more political prisoners.

In his loud and bombastic manner, Trump often publicly humiliated the Saudi leadership, benefiting neither America nor the Kingdom. Biden’s softer approach, based on mutual interests, will prove more salutary and enduring, and may help a young soon-to-be monarch find his footing.

Bernard Haykel, Professor of Near Eastern Studies and Director of the Institute for the Transregional Study of the Contemporary Middle East, North Africa, and Central Asia at Princeton University, is co-editor (with Thomas Hegghammer) of Saudi Arabia in Transition.

LOS ANGELES, Jan 20: Within hours of being sworn in as president on Wednesday, Joe Biden will announce an immigration... Read More...

The US election’s chaos quotient

A highly contested election would cause further damage to America’s global image as an exemplar of democracy and the rule... Read More...

Trump, Biden to appeal to last-minute voters in Florida