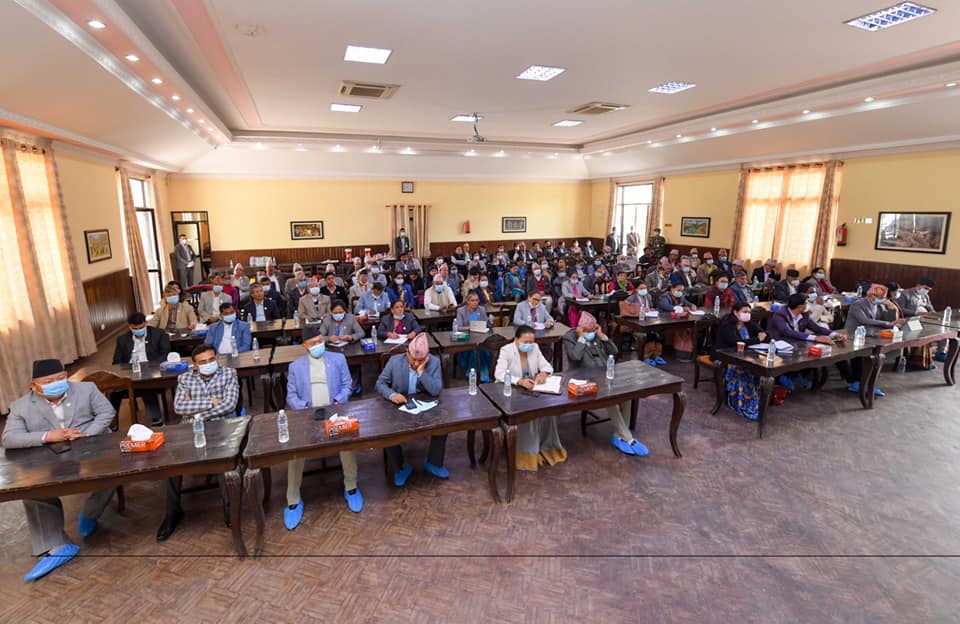 The board also comprises dissident senior leaders Nepal and Khanal

KATHMANDU, March 18: A parliamentary party (PP) meeting of the ruling CPN-UML has formed a 24-memer parliamentary board and three-member statute amendment task force.

A meeting of the lawmakers close to the party’s Chairman and Prime Minister KP Sharma Oli that was held at the PM’s official residence in Baluwatar, formed a 27-member parliamentary board including party’s dissident leaders Madhav Kumar Nepal and Jhalanath Khanal. The board will be full-fledged after it gets three more members. 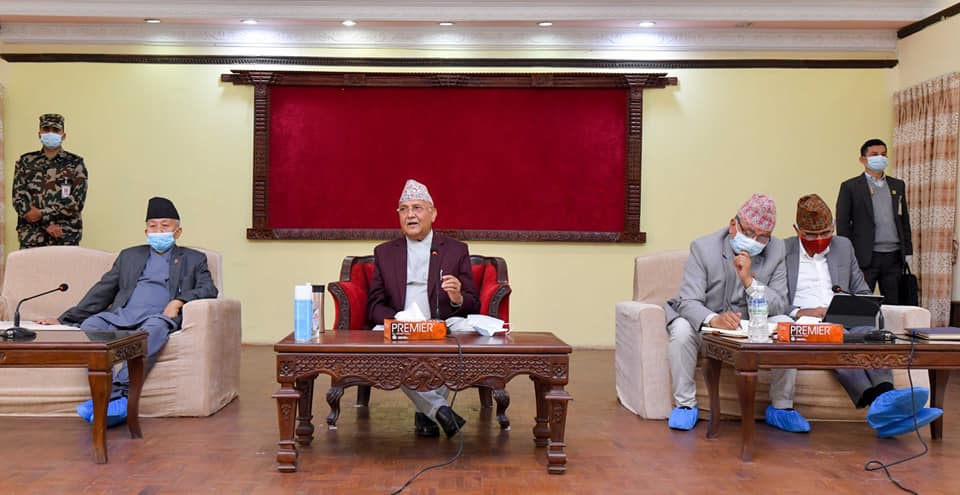 UML lawmaker Sher Bahadur Tamang said the next parliamentary party meeting has been scheduled for March 20. He said all lawmakers close to Nepal and Khanal will also attend the next PP meeting scheduled to be held at the Prime Minister's Residence in Baluwatar at 10 am.

Asked if the party was preparing to take action against those not attending the PP meeting, Tamang said no such discussion was taken in the meeting today.

“More than 100 lawmakers of the House of Representatives attended today’s meeting,” according to Niru Devi Pal, an MP close to the Oli faction.

The meeting took place at a time when intraparty rift within the CPN-UML is at its peak. Owing to the factional feud, the Madhav Kumar Nepal-led faction of the CPN-UML boycotted today’s parliamentary party meeting.

How Madhav Nepal lost the plot in 68 days

It has been exactly 68 days since the Supreme Court paved a way for CPN-UML and the Maoist (Center) to... Read More...

You made a mockery of good governance, says Surendra Pandey to KP Oli  [with full document]