Making the country safe for women 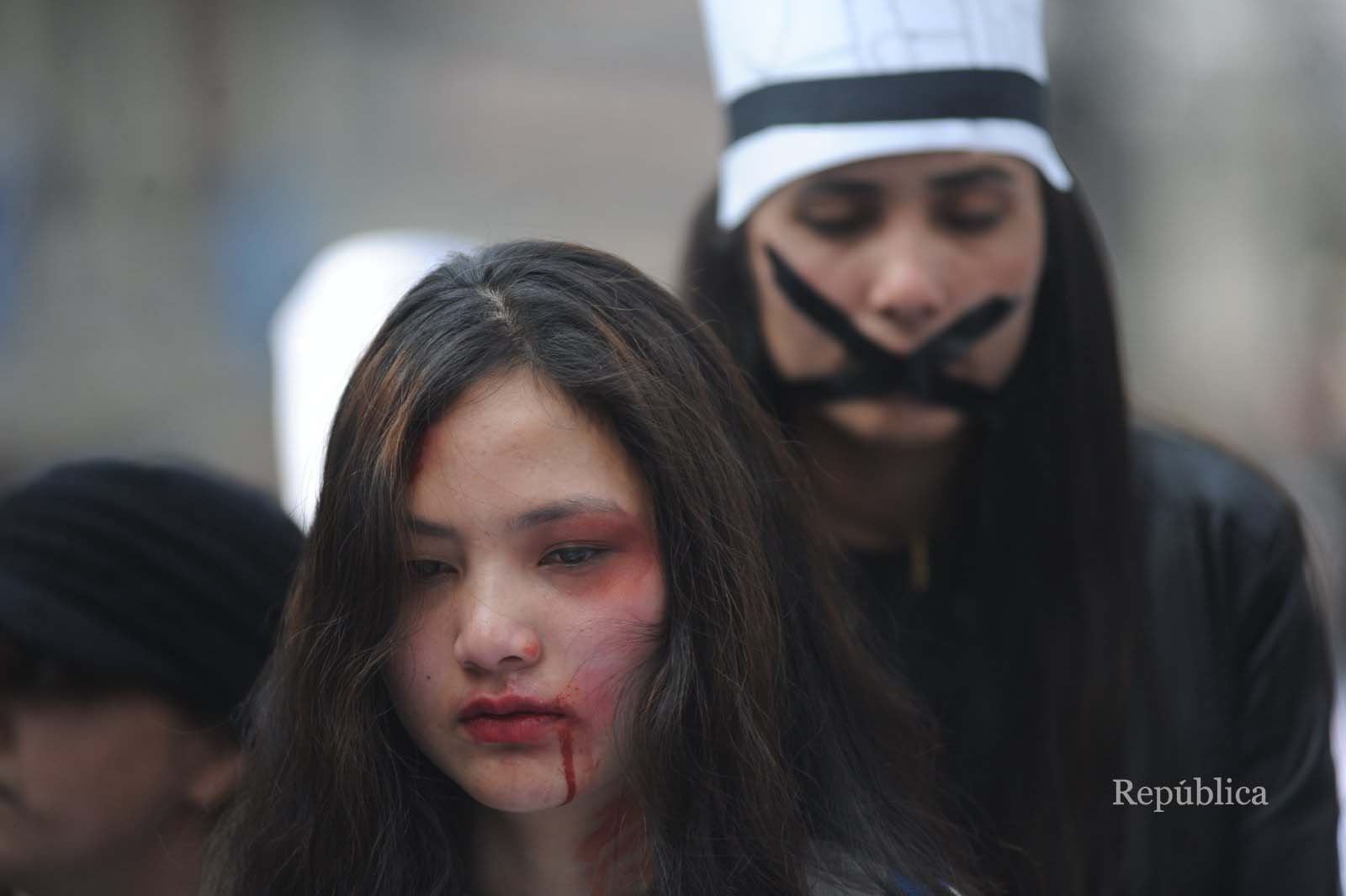 The contributor for Republica.
nilima104@gmail.com

Many times people who have been raped feel it was their fault and they end up feeling disgusted for something which was not their fault at all.

Cases of extreme violence against women are rising. The fear of sexual assault and rape has become a part of every woman's everyday life. Don't walk alone, don't talk to strangers, don't wear figure-hugging clothes are the everyday suggestions women get. According to the Nepal Police's latest statistics, 2,144 rape cases and 687 attempts to rape cases were reported in the fiscal year 2019/20, where most of the victims are the minor girls. Male dominated cultural, political, religious and social structure as institutions of power in our society have always worked for marginalizing women and making men powerful—powerful enough to sexually assault, rape and most of the time get away with it.

Recently we witnessed brutal rape and murder of minors—Nirmala Panta 13, from Kanchanpur, Samjhana Kami, 12, from Bhajang and now Bhagirathi Bhatt, a teen of Baitadi district. These cases show how unsafe women are in Nepal and how our justice mechanism is not strong enough to address the gravity of the crime.

In the case of Nirmala Panta the culprit was never identified. After immense public pressure, police brought forth a mentally unstable local as a culprit. People took it as a face-saving strategy of police. Justice has been denied so far.

Many rape cases go unreported as most of them are settled in the local level. Mostly rapists are the close acquaintances, relatives or friends of the victims. It is a tragedy that women are neither safe in domestic sphere nor in public sphere.  Bachman and Saltzman in their article "Violence Against Women: Estimates from the Redesigned Survey" (1995) states: “In reality rape is most likely to be perpetuated by the man known to the victim an acquaintance, friend, employer, and partner. Rape by intimate partner is more common than stranger rape.”

According to a research, one in four women experience rape or attempted rape in their lifetime and 84 percent of women know their attackers. Many times women don’t report rape and sexual abuses as most of the times the abuser is the one who is never expected to commit such a crime.

There are reasons why people don’t report rape and sexual harassment. Self-blame is one of the reasons. Karen G Weiss, an associate professor of West Virginia University, says victims of rape go through self-blame which is often ratified by well-intentioned confidants to whom they disclose. “The questions from friends and family may trigger self-doubt and prevent victims from reporting to the police. They also question what they did wrong and believe it was their fault,” she says.

They are made to believe it was their dress, or body language that provoked the offender. Many times people who have been raped feel it was their fault and they end up feeling disgusted with oneself for something which was not their fault at all.

Sometimes victims don’t recognize sexual assault as rape even when it fits the legal definition of rape. We tend to believe that after a woman is raped the honor of her family and relatives is lost. This kind of mindset punishes the victims instead of the culprits. Kamala Bhaisn, a prominent feminist thinker, asserts rape is the crime of power used by patriarchy to control the movement and freedom of women. She says: “When I am raped people say that I have lost my honor. How did I lose my honor? My honor is not in my vagina. It is the patriarchal idea that my rape will defile the honor of my community. I would like to tell everyone why you placed your honor in a woman's vagina. We never did that. It’s the rapist who loses the honor, we don’t.”

Raped women often live as the outcasts in the society and they are taken as the disgrace to the family and the society. This further victimizes the victims, leaving devastating effects on their mental health. Mental and psychological injury caused by rape scares the victims throughout their life. Research shows that coping with the aftermath of rape can cause significant stress for the families and friends. Living with the stigma of being raped is devastating to the victims. Women who go through sexual assaults and violence develop fear, anxiety, lack of trust, shame, self-blame, guilt, anger, rage, low self-worth etc. These injuries affect her ability to work, pursue a livelihood and fulfill her familial and community roles.

The inability of government to find the rapist of Nirmala Panta, Supreme Court's verdict to reduce the jail term of former DIG Ranjan Koirala, who was serving a life sentence for brutally murdering his wife, and the insensitive aphorism by Home Minister Ram Bahadur Thapa that rape cases in Nepal are lower compared to the other are among few examples which show lack of sensitivity of the state towards stopping violence against women. Besides, rehabilitation of the victims is the major challenge.

Thus the government, NGOs, INGOs and we the citizens need to work together for the rehabilitation of the victims. The government should launch programs to make rape victims and victims of sexual assaults financially independent and mentally sound through psychological counseling and income generating work. It is equally important to ensure harsh punishment to the offenders.

We live with the economic, political, social and religious regulations that have enforced the domination of women by men throughout the ages. Patriarchy that legitimizes the oppression of women in all sectors of society promotes the notion that males are inherently dominating, superior to females, and thus endowed with the right to dominate and to maintain that dominance through various forms of sexual violence. Physical, sexual or psychological harm or assault on women, including threats of rape, sexual assault, coercion or arbitrary deprivation of liberty prevent women from living their life to the fullest. All this should be stopped to ensure the safety of women and to make this world a safer place to live in for women.