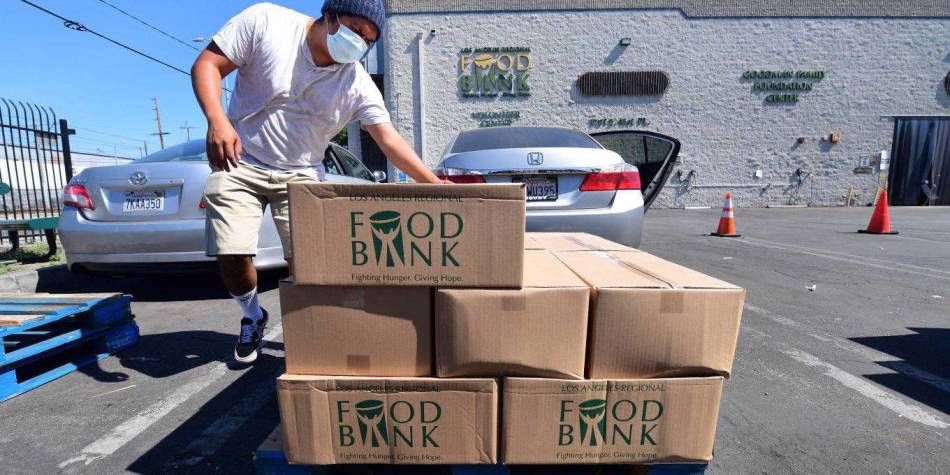 With equity markets reaching new heights at a time of rising income and wealth inequality, it should be obvious that today's market mania will end in tears, reproducing the economic injustices of the 2008 crash.

NEW YORK – The US economy’s K-shaped recovery is underway. Those with stable full-time jobs, benefits, and a financial cushion are faring well as stock markets climb to new highs. Those who are unemployed or partially employed in low-value-added blue-collar and service jobs—the new “precariat”—are saddled with debt, have little financial wealth, and face diminishing economic prospects.

These trends indicate a growing disconnect between Wall Street and Main Street. The new stock-market highs mean nothing to most people. The bottom 50 percent of the wealth distribution holds just 0.7 percent of total equity-market assets, whereas the top 10 percent commands 87.2 percent, and the top one percent holds 51.8 percent. The 50 richest people have as much wealth as the 165 million people at the bottom.

Rising inequality has followed the ascent of Big Tech. As many as three retail jobs are lost for every job that Amazon creates, and similar dynamics hold true in other sectors dominated by tech giants. But today’s social and economic stresses are not new. For decades, strapped workers have not been able to keep up with the Joneses, owing to the stagnation of real (inflation-adjusted) median income alongside rising costs of living and spending expectations.

For decades, the “solution” to this problem was to “democratize” finance so that poor and struggling households could borrow more to buy homes they couldn’t afford, and then use those homes as ATM machines. This expansion of consumer credit—mortgages and other debt—resulted in a bubble that ended with the 2008 financial crisis, when millions lost their jobs, homes, and savings.

Now, the same millennials who were shafted over a decade ago are being duped again. Workers who rely on gig, part-time, or freelance “employment” are being offered a new rope with which to hang themselves in the name of “financial democratization.” Millions have opened accounts on Robinhood and other investment apps, where they can leverage their scant savings and incomes several times over to speculate on worthless stocks.

The recent GameStop narrative, featuring a united front of heroic small day traders fighting evil short-selling hedge funds, masks the ugly reality that a cohort of hopeless, jobless, skill-less, debt-burdened individuals is being exploited once again. Many have been convinced that financial success lies not in good jobs, hard work, and patient saving and investment, but in get-rich-quick-schemes and wagers on inherently worthless assets like cryptocurrencies (or “shitcoins,” as I prefer to call them).

Make no mistake: The populist meme in which an army of millennial Davids takes down a Wall Street Goliath is merely serving another scheme to fleece clueless amateur investors. As in 2008, the inevitable result will be another asset bubble. The difference is that this time, recklessly populist members of Congress have taken to inveighing against financial intermediaries for not permitting the vulnerable to leverage themselves even more.

Making matters worse, markets are starting to worry about the massive experiment in budget-deficit monetization being carried out by the US Federal Reserve and Department of the Treasury through quantitative easing (a form of Modern Monetary Theory or “helicopter money”). A growing chorus of critics warns that this approach could overheat the economy, forcing the Fed to hike interest rates sooner than expected. Nominal and real bond yields are already rising, and this has shaken risky assets like equities. Owing to these concerns about a Fed-led taper tantrum, a recovery that was supposed to be good for markets is now giving way to a market correction.

Meanwhile, congressional Democrats are moving ahead with a $1.9 trillion rescue package that will include additional direct support to households. But with millions already in arrears on rent and utilities payments or in moratoria on their mortgages, credit cards, and other loans, a significant share of these disbursements will go toward debt repayment and saving, with only around one-third of the stimulus likely to be translated into actual spending.

This implies that the package’s effects on growth, inflation, and bond yields will be smaller than expected. And because the additional savings will end up being funneled back into purchases of government bonds, what was meant to be a bailout for strapped households will in effect become a bailout for banks and other lenders.

To be sure, inflation may eventually still emerge if the effects of monetized fiscal deficits combine with negative supply shocks to produce stagflation. The risk of such shocks has risen as a result of the new Sino-American cold war, which threatens to trigger a process of deglobalization and economic balkanization as countries pursue renewed protectionism and the re-shoring of investments and manufacturing operations. But this is a story for the medium term, not for 2021.

When it comes to this year, growth may yet fall short of expectations. New strains of the coronavirus continue to emerge, raising concerns that existing vaccines may no longer be sufficient to end the pandemic. Repeated stop-go cycles undermine confidence, and political pressure to reopen the economy before the virus is contained will continue to build. Many small- and medium-size enterprises are still at risk of going bust, and far too many people are facing the prospects of long-term unemployment. The list of pathologies afflicting the economy is long and includes rising inequality, deleveraging by debt-burdened firms and workers, and political and geopolitical risks.

Asset markets remain frothy—if not outright bubbly—because they are being fed by super-accommodative monetary policies. But today’s price/earnings ratios are as high they were in the bubbles preceding the busts of 1929 and 2000. Between ever-rising leverage and the potential for bubbles in special-purpose acquisition companies, tech stocks, and cryptocurrencies, today’s market mania offers plenty of cause for concern.

Under these conditions, the Fed is probably worried that markets will instantly crash if it takes away the punch bowl. And with the increase in public and private debt preventing the eventual monetary normalization, the likelihood of stagflation in the medium term—and a hard landing for asset markets and economies—continues to increase.

Nouriel Roubini, CEO of Roubini Macro Associates and host of the NourielToday.com broadcast, is Professor of Economics at New York University’s Stern School of Business.

“Next Eleven” and World Economy

The N-11 never acquired the cachet of the BRIC acronym, having a significant impact on the world economy in future... Read More...