The limits to America’s pent-up demand 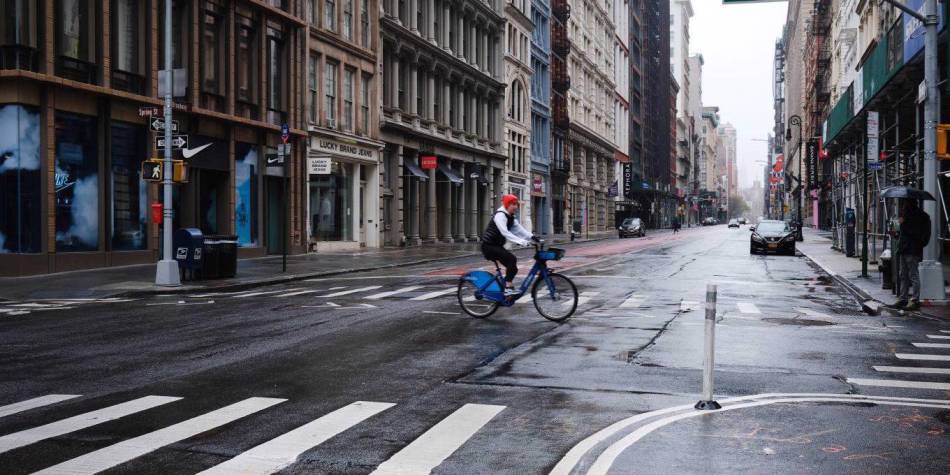 With the snapback for durables likely to be finished soon, even rapid vaccination is unlikely to shorten the tough time that lies ahead for the post-pandemic US economy.

NEW HAVEN – As the second vaccine shot went into my arm, I could almost taste the instant gratification of deferred desires. Having done without for nearly a year, it was time to indulge.

While I was lucky enough—actually, old enough—to be included in the first wave of inoculations, the rest of America is about to follow. The possibility that broader vaccine distribution will lead to “herd immunity” by the end of 2021 is no longer fanciful. And with the end of the COVID-19 nightmare, goes the argument widely discounted in financial markets, long-deprived US consumers can finally relax and enjoy the glorious V-shaped recovery.

If only. The concept of pent-up demand is well studied in economics. While it typically applies to the consumption of durable goods—cars, furniture, appliances, and the like—it has also been used to describe residential construction activity and business investment in plants and equipment.

The idea rests on a basic premise of dynamic demand models known as the “stock-adjustment” effect: an unexpected development that prompts a deferral of spending on long-lasting items with a finite lifetime does not mitigate obsolescence (physical or technological) and the associated need for replacement. It follows that once the interruption ends, a surge of postponed, or pent-up, replacement demand can spark economic recovery.

Typically, the bigger the shock and the associated deferral of replacement demand, the stronger the rebound. I tell my students to imagine a big rubber band: the more you pull it, the greater the snapback when you release it.

This works well in explaining the temporary impact of what economists call exogenous shocks like natural disasters, strikes, political upheavals, and wars. It works less well for shocks that can cause lasting economic scarring—like financial crises and, yes, pandemics.

Recent trends in US consumer spending suggest that the natural forces of pent-up demand may largely be spent. Over the final eight months of 2020, the post-lockdown rebound of durables consumption was fully 39 percent greater than what was lost during the lockdown in March and April. As a result, durables consumption rose to 8.25 percent of GDP in the second half of 2020—the highest share since early 2007 and well in excess of the 7.1 percent average over the 2008-19 period.

There is probably some more to come. On the heels of another tranche of federal relief checks issued in December ($600 per eligible recipient), the 5.3 percent surge in retail sales reported for January—dominated by outsize gains for durable items such as electronics, appliances, and furniture—provides further evidence of consumer euphoria. And with an even larger round of $1,400 checks in the offing as President Joe Biden’s “American Rescue Plan” takes hold, additional impetus from consumer durables seems likely.

At that point, however, pent-up demand should be exhausted. This is even more apparent when assessing the extraordinary power of the recent surge in consumer durables relative to pent-up demand cycles in the past.

Since the early 1990s, recoveries in personal consumption have been relatively muted. But in the seven cyclical expansions from the mid-1950s through the early 1980s, the release of pent-up demand boosted consumer durables’ share of GDP by 0.6 percentage points, on average, in the four quarters following business cycle troughs. From this perspective, the recent increase in consumer durables’ share of GDP of fully 1.35 percentage points from the 6.9 percent low hit in the first quarter of 2020 is all the more extraordinary. At more than double the earlier cyclical norm, it is all the more unsustainable.

At the same time, the powerful release of pent-up demand, aided by unprecedented support from fiscal and monetary policies, is masking a lingering undercurrent of consumer skittishness that is likely to endure long after the bulk of the US population is vaccinated. The so-called long shadow of earlier major pandemics offers ample historical precedent for this scenario.

So do recent data showing signs of scarring in the services sector—especially in activities that require face-to-face contact such as travel, leisure, and entertainment. Vaccines or not, face-to-face interactions are at odds with a now deeply-engrained awareness of personal health risks that will most likely influence consumer behavior for years to come.

That’s what the numbers show. Unlike the powerful rebound of consumer spending on durables, the post-lockdown rebound of services from May to December 2020 recouped just 63 percent of what was lost during March and April. Unsurprisingly, services, which make up a little more than 60 percent of total US consumption, are being held back mainly by face-to-face activities such as transportation (travel), recreation (leisure), and restaurant dining. Collectively, these three spending categories, which accounted for fully 61 percent of the lockdown-induced plunge in total consumer services, remain 25 percent below their peak in the fourth quarter of 2019.

This same hesitation in consumer services demand is mirrored by comparable trends in the US labor market. While there has been a significant rebound of hiring since lockdowns were lifted last spring, total nonfarm jobs remain 9.9 million below the February 2020 peak.

Again, the reason is hardly surprising. Fully 83 percent of that shortfall has been concentrated in face-to-face private services such as transportation, leisure and hospitality, accommodations, food services, retail trade, motion pictures and sound recording, and non-public education. New research points to more of the same: post-COVID-19 headwinds in services are likely to be an enduring feature of the US labor market.

So, notwithstanding the predictable release of pent-up demand for consumer durables, face-to-face services show clear evidence—in terms of both consumer demand and employment—of permanent scarring. Consequently, with the snapback of pent-up demand for durables nearing its point of exhaustion, the recovery of the post-pandemic US economy is likely to fall well short of vaccine development’s “warp speed.”

DALLAS, May 1: Disneyland reopened on Friday and cruise lines welcomed the news that they could be sailing again in... Read More...

Under 18 children to be vaccinated against COVID-19 right after Dashain: Umesh Shrestha

KATHMANDU, Oct 3: State Minister for Health and Population, Umesh Shrestha has said that children below the age of 18... Read More...