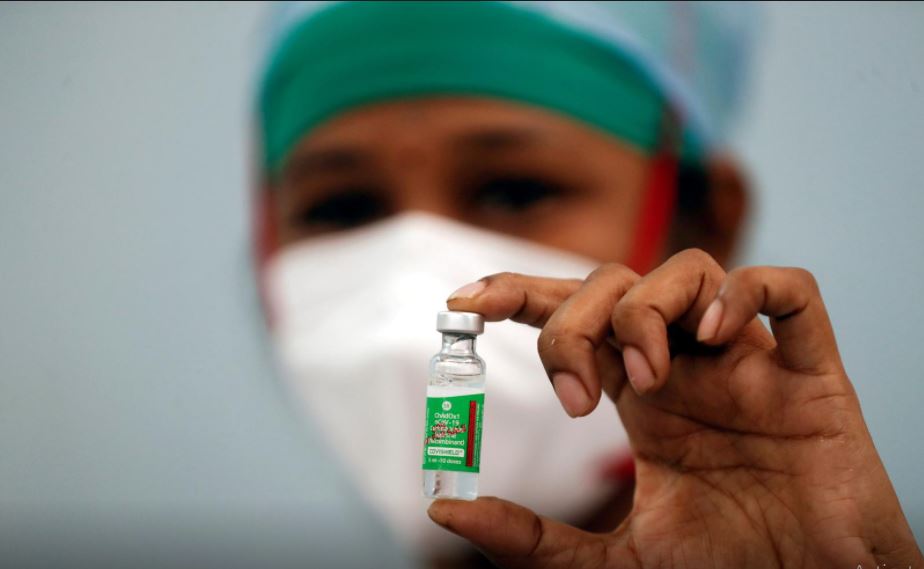 FILE PHOTO: A nurse displays a vial of COVISHIELD, the AstraZeneca COVID-19 vaccine manufactured by Serum Institute of India, at a medical centre in Mumbai, India, January 16, 2021. REUTERS/Francis Mascarenhas

NEW DELHI, Feb 21: Serum Institute of India (SII), the world’s biggest vaccine maker by volume, on Sunday asked for patience from foreign governments awaiting their supply of COVID-19 shots, saying it had been directed to prioritise India’s requirements.

"...I humbly request you to please be patient," SII's Chief Executive Adar Poonawalla said in a tweet here, adding the company "has been directed to prioritise the huge needs of India and along with that balance the needs of the rest of the world."

“We are trying our best,” Poonawalla said.

Based in the western Indian city of Pune, the company is manufacturing the Oxford University/AstraZeneca COVID-19 vaccine, one of the two shots that India is using to initially vaccinate some 300 million people as part of a national inoculation drive.

Many low-and middle-income countries, ranging from Bangladesh to Brazil, are depending on SII’s AstraZeneca vaccine, branded COVISHIELD by the Indian company.

But demand is growing, including from Western countries like Canada, where Poonawalla has promised to deliver the COVISHIELD vaccine next month.

Britain’s drug regulator is also auditing manufacturing processes at SII, potentially paving the way for the COVISHIELD vaccine to be shipped from there to the UK and other countries..

Indian Prime Minister Narendra Modi’s government has come under criticism for the slow take-off of its vaccination drive but health authorities are preparing to expand the number of inoculation substantially in coming weeks.

India has vaccinated around 11 million people since mid-January.

With more than 10.9 million confirmed infections, India has the world’s second highest number of COVID-19 cases, behind only the United States.

The country is currently reporting around 12,000 new infections on average each day, a fraction of its peak from last September, according to a Reuters analysis.

But federal health authorities on Sunday said they had written to some states that are currently seeing a surge in cases, asking them to improve overall testing, surveillance and monitoring of COVID-19 mutations.

LONDON – Euro zone finance ministers finally agreed on April 9 to a package of measures to respond to the... Read More...

Central Zoo closed for a week
41 minutes ago