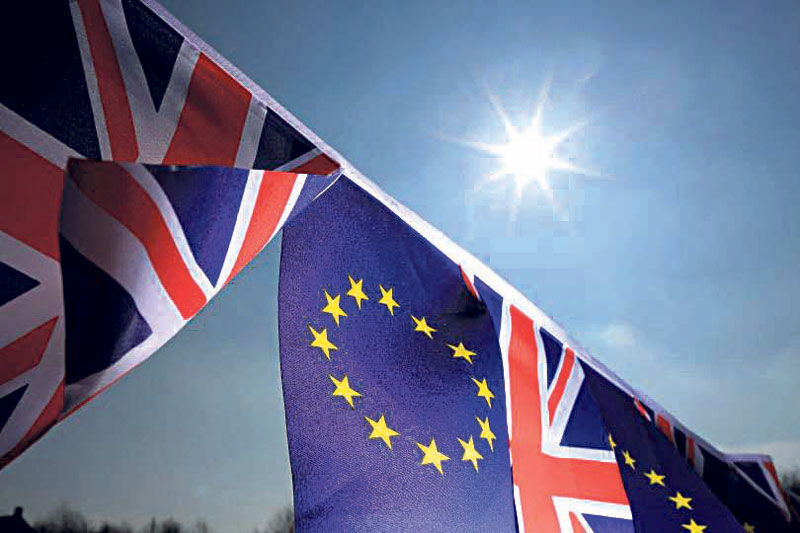 Like marriages, regional blocs are also not made in heaven, as the recent exit of the United Kingdom (some media have already started calling it Disunited Kingdom) from the 28-member European Union has shown. What’s more, the UK’s exit is not the end of the troubles for the EU.

Already, nationalists in France are also clamoring for Frexit: They now want a referendum on whether France should remain a member of the bloc or leave it and chart out its own course.

People in Sweden, Denmark and Switzerland also want referenda on whether their countries should remain with what the leader of the United Kingdom Independence Party, Nigel Farage, has described as a ‘failed project’.

During its decades-old journey with the EU, Britain was a hesitant partner. For example, it was not part of the Schengen Agreement that allowed for free movement of people. For sections of that country, EU membership also meant opening Britain’s gates to cheap labor from eastern European countries, at the expense of native populations.

For them, it meant loss of national independence arising from a number of EU rules and regulations.

But not the whole of that country agrees with this idea and it means more troubles for the country. As the Brexit referendum showed, Scotland and Northern Ireland are in favor of remaining with the regional bloc.

Already, nationalists in Scotland are calling for another referendum on whether to remain with Britain or part ways, barely a year after a referendum on Scottish independence.

This time, there are speculations in the British media that the nationalists are sure to win a similar referendum because they do not want to leap into an uncertain future with a (Dis)United Kingdom that has snapped decades-old ties with a regional bloc and opted for an uncertain future.

And they have reasons to fear what appears to be a future full of troubles, with some commentators describing Brexit as an earthquake and pointing that picking up the rubble will take years.

Already, there are fears that a weak sterling pound will cause inflation to explode, increase unemployment and put the future of the Commonwealth at stake. There are fears that Canada and Australia may go for a referendum on whether to continue to recognize Queen Elizabeth as their head of state.

In this context, it appears, the influence of the UK will wane around the world.

Lessons for SAARC
Brexit can offer lessons for the South Asian Association for Regional Cooperation (SAARC).  Already, the regional bloc has lost many decades doing almost nothing.

It is said that SAARC has become an expert at doing nothing and that it offers lessons on what a regional bloc should not be like. With its two giants, India and Pakistan, in constant conflict, the regional bloc almost always looks like a dysfunctional family.

Despite the hostilities, the bloc has not fallen apart formally, probably because some member-states have roti-beti relations, which is just another term for unequal relations between countries.

As of now, small member-states do not seem to have much of a future in the regional bloc, but they have not thought about leaving the dysfunctional family probably because they fear the consequences of parting ways.

Taking a leaf from Brexit, SAARC should do all it can to not breed Sharks by providing all member-states a level playing field. It should be able to offer small member-states hope that they have a good future (if not great) ahead, that they have more to do than be the mute spectators of never-ending wrestling matches between the two giants.

Otherwise, member-states may have nothing to lose even if they choose to leave the dysfunctional family, leaving the two giants to fight it out in the arena.

KATHMANDU, Oct 2: The government of Nepal has underscored the need for creating conducive regional environment to convene 19th Summit of... Read More...